KNOXVILLE, Tenn. — Southeastern Conference referee Anthony Jordan has told the league he didn’t mean to show favoritism toward any particular school when he posed for a picture holding an LSU T-shirt five years ago while traveling abroad.

The photograph circulated on social media among disgruntled Tennessee fans after LSU beat the Volunteers 82-80 on a pair of free throws following a foul call with six-tenths of a second remaining in overtime on Saturday. Jordan was a referee in that game. The loss dropped No. 7 Tennessee into a three-way tie for first place in the SEC with No. 4 Kentucky and No. 13 LSU.

The SEC issued a statement Monday saying the photo was not “acceptable with our expectations” but adding that Jordan “has a lengthy track record as a fair and impartial basketball official.” Jordan posed for the picture while visiting Spain.

Here is the picture in question: 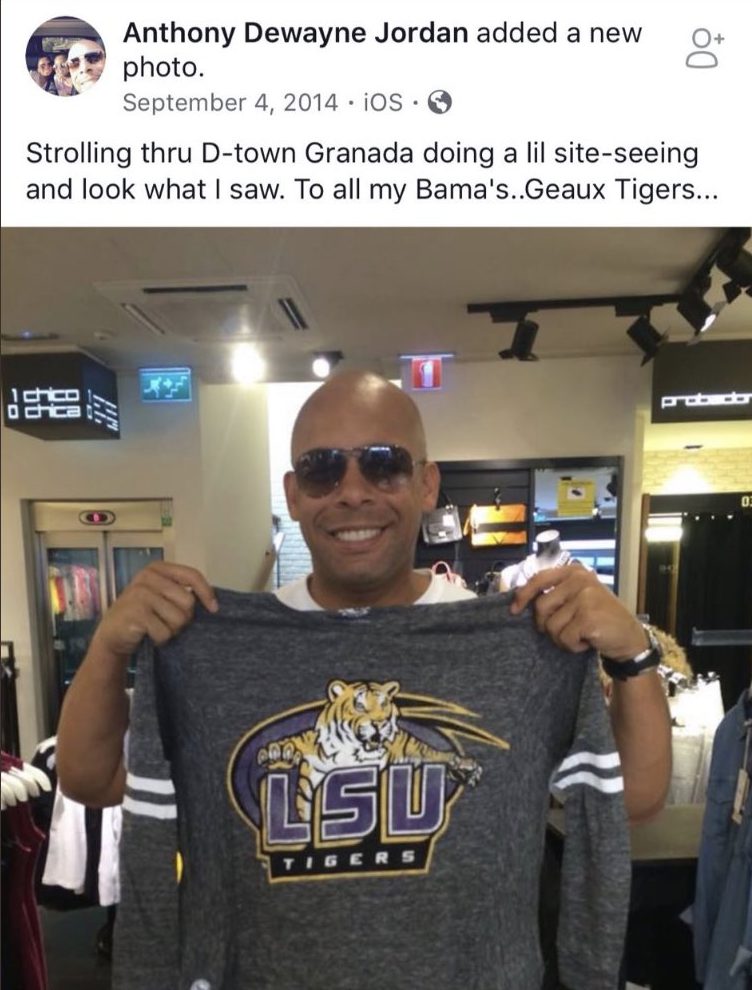 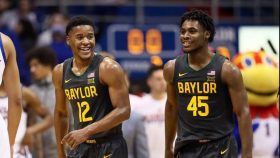 There are really just four results that we need to discuss when it comes to where teams are ranked this week: N.C. State’s win over Auburn, Kentucky beating North Carolina, Duke outlasting Texas Tech and Arizona State knocking off Kansas.

Let’s start with Texas Tech first. Anybody that watched the Red Raiders play knows that the final scoreline — 69-58 — does not do justice to their performance. Texas Tech was the better team for roughly 30 minutes, and nothing about that loss makes me think any less of the Red Raiders. They bumped up from No. 11 to No. 8 in my rankings, but the only team I really jumped them over was Florida State.

That’s because I dropped two top ten teams pretty far down my rankings. After losing to Kentucky in the CBS Sports Classic, North Carolina went from No. 8 to No. 13. I’m still in on the Tar Heels as a dangerous top three seed come March, but the truth is that they really haven’t done enough through the non-conference portion of the schedule. Part of the issue is that their freshmen — Coby White and Nassir Little — still are working through some freshman issues; White with his inconsistency and Little with trying to figure out his role on this team.

The Tar Heels fell behind Kentucky, who went from unranked to No. 12 in my top 25. That’s because the Wildcats finally looked like the team we all expected them to look like this season, especially on the defensive end of the floor. Kentucky’s jump is the reason why teams like N.C. State and Ohio State didn’t see a change — and, in Ohio State’s case, dropped a spot — despite having good weeks. I don’t think any different of them, there’s just one more team that I think is now better than them.

And with N.C. State, I had them 15th last week. A top 15 team should be beating top ten teams (Auburn) at home.

Which leads us to Kansas.

The Jayhawks were the No. 1 team in college basketball last week according to the AP Poll, but I have them No. 5 after moving them up a spot from the week before. The Jayhawks have not played all that well this season, and while they’ve been getting the wins and closing out games, they weren’t doing it in dominating fashion. Hell, I’d made the argument that Kansas actually played one of their better games of the season at Arizona State. The Sun Devils are a top 25 team. That was the first true road environment of the year for Kansas. They were only 2.5 point favorites in Vegas, and if there wasn’t a miscommunication on the final possession, then this might be a different conversation.

Put another way, I don’t view Kansas all that differently today than I did on Saturday morning.

The same can be said about Arizona State, who got whupped by a bad Vanderbilt team earlier this week. In fact, had they lost to Kansas, I might have dropped them all the way out of the top 25.

Anyway, that’s the logic behind my top 25.

Here are the full rankings: