Cincinnati kicked off its Class of 2018 with a verbal pledge from a point guard from the west coast.

Logan Johnson, the brother of Miami Heat guard Tyler Johnson, announced his commitment to the Bearcats on Twitter on Thursday afternoon.

The next Chapter ⚫️🔴🐾 #bearcats pic.twitter.com/vEahw0XodP

The 6-foot-2 floor general had taken an official visit to campus at the beginning of this month. He had scheduled official visits to Saint Mary’s and UC Santa Barbara for later this month. He held nearly a dozen offers from west coast programs, including several from the Mountain West schools.

Johnson is listed as the No. 130 overall recruit in the class, according to Rivals. While Rivals lists him as a three-star prospect, Scout rates him as a four-star recruit. According to Rivals’ National Basketball Analyst Eric Bossi, Johnson’s stock rose following strong play during the July live recruiting period.

Although, his most notable performance came during April when he and his Tyler Johnson Elite team got the better of LaMelo Ball and the Big Ballers.

When Johnson reaches campus in the fall of 2018, he’ll one of three point guards on the roster, playing behind transfer Cane Broome and Justin Jenifer. Both will exhaust their eligibility at the conclusion of the 2018-19 season.

The stakes in the American Athletic Conference tournament quarterfinal between No. 4 seed Cincinnati and No. 5 seed Connecticut were high to say the least. How close (or far) the two teams were to an NCAA tournament bid depends upon who was providing the opinion, but regardless of the conversation the best thing a team can do is live to fight another day.

The Bearcats and Huskies fought for a total of 60 minutes before determining a winner, with UConn winning by the final score of 104-97. And the win came five game minutes after one of the wildest sequences you’ll see in basketball, with Cincinnati’s Kevin Johnson hitting a three with eight tenths of a second remaining, only to have UConn’s Jalen Adams hit a 70-footer (a shot that some, most notably Cincinnati head coach Mick Cronin, did not think should have counted) as time expired to force a fourth overtime.

Whether the shot was luck or skill, all that matters is the fact that it went in. And UConn took advantage of that extra life, with Adams and Daniel Hamilton leading the team to a much-needed win and a date with top seed Temple in Saturday’s semifinals.

Hamilton finished with 32 points, 12 rebounds and eight assists, and Adams scored 20 of his 22 points after halftime. And for the Bearcats guard Troy Caupain was sensational, as he countered with an AAC tournament record 37 points while also grabbing ten rebounds and dishing out five assists. Each team had five players in double figures, but in the end UConn was able to use the momentum gained from Adams’ miraculous shot in the fourth overtime.

UConn had just three RPI Top 50 wins entering the game, so this was a critical win in that regard. The RPI isn’t the only metric the selection committee uses, but it certainly is a factor in the process. Just as importantly, with the win UConn gets to continue to make their case for inclusion into the field and can still eliminate all doubt by winning the conference’s automatic bid.

Will fatigue be an issue? That’s certainly possible, and Kevin Ollie’s team will need to make the most of their recovery time before Saturday’s semifinal matchup with Temple. Just as big of a concern for UConn is figuring out how to get over the hump against a team that beat them twice during the regular season. That’s the same situation the Huskies were confronted with going into their matchup with Cincinnati, and thanks to the heroics of Adams and Hamilton they found a way to win. 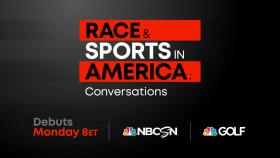 The Pride and Huskies needed 15 extra minutes to determine a winner, with Hofstra coming out on top in the end. Juan’ya Green accounted for 23 points and 14 assists in the win, with Rokas Gustys scoring 23 and grabbing 20 rebounds. Quincy Ford and Zach Stahl scored 19 apiece for the Huskies, with Stahl also grabbing 11 boards. With the win Hofstra moves into a four-way tie for first in the CAA with William & Mary, James Madison and UNCW.

Saint Mary’s 70, Gonzaga 67: The Gaels took over sole possession of first place in the WCC, as they came back from a 15-point second half deficit to end Gonzaga’s 13-game road win streak. Evan Fitzner scored 20 points and Joe Rahon added 13 and three assists for Saint Mary’s, which shot 63 percent from the field in the second half. Eric McClellan scored 23 points for Gonzaga, but he missed the front end of a 1-and-1 in the game’s final seconds after being fouled by Rahon.

No. 23 Kentucky 80, Arkansas 66: Tyler Ulis scored 24 points and Jamal Murray added 19 for the Wildcats, who got back on the right track with a win in Fayetteville. But the biggest takeaways are the play of Derek Willis and Skal Labissiere, with the former scoring 12 points for the second straight game and Labissiere scoring 11 points. If Kentucky can get some consistency in the front court, the equation changes for John Calipari’s team. But it’s better to be cautious with this group moving forward.

Cincinnati 76, Memphis 72: In a matchup of two teams looking to strengthen their respective résumés, the Bearcats held serve at home. Troy Caupain scored 25 points and Shaq Thomas added 18 for Cincinnati, which shot 50 percent from the field and converted 15 Memphis turnovers into 16 points. Trahson Burrell and Avery Woodson combined to score 42 points off the bench for the Tigers, who made just two of their last ten shots from the field.

Oregon 89, No. 21 USC 81: USC played its first game as a ranked team since the 2008-09 season, and they didn’t get the ending they wanted in Eugene. Elgin Cook led four Oregon players in double figures with 26 points, with Bennie Boatwright pacing USC with 23. If anything, the game served as a reminder that Oregon’s figured out its rotation and is a conference title contender themselves.

Towson: Just two Tigers managed to make multiple field goals in their 40-37 loss to the College of Charleston. As a team the Tigers shot 23.9 percent from the field.

Stanford’s Rosco Allen: Allen scored four points on 1-for-12 shooting in a loss to No. 12 Arizona.

San Diego’s Duda Sanadze: Shot 1-for-13 from the field, scoring two points in the Toreros’ 76-58 loss at Pepperdine.

The Bearcats (9-2) had dropped two of three, including a home-court loss to Butler and a 65-55 defeat at No. 10 Xavier on Saturday. They were sloppy in the first half before pulling away.

D’Shon Taylor had 14 points for Norfolk State (4-6), which trailed by only four points late in the first half.

Norfolk State’s Jeff Short came into the game averaging 18.7 points in the last six games, but had a tough time finding shots against one of the country’s toughest defenses. He missed all four of his shots in the first half and his first one in the second half before hitting a 3-pointer. He finished with five points on 1-of-10 shooting.

The Bearcats are holding opponents to 59 points per game, the 10th-fewest in the nation.

The Spartans rely on the 3-pointer – they came in shooting 45.2 percent from beyond the arc – but missed 12 of their first 14 attempts and finished 7 of 24.

Cincinnati opened with a 15-0 run, scoring on each of its first five possessions. The only flaw was Octavius Ellis missing a showy dunk attempt on a fast-break alley-oop play. The Spartans had a shot clock violation on their opening possession and missed their first seven shots.

Cincinnati missed four consecutive free throws and seven of nine shots in one stretch of the first half, allowing Norfolk State to cut the lead to 23-15.

Turnovers were a problem in Cincinnati’s loss at Xavier on Saturday, and the Bearcats lost the ball four times during a four-minute span late it the first half on Tuesday. The crowd booed when Charles Oliver’s fast-break layup cut it to 30-26 with 1:30 left in the half. The Bearcats led 34-26 at the break.

Clark had three baskets during a 9-2 run that opened the second half and built the lead to 16 points. The lead was 61-35 midway through the half.

Norfolk State: The Spartans have made as many as 14 3-pointers – a school record – and as few as two in games this season.

Cincinnati: The Bearcats are 19-0 all-time against teams from the Mid-Eastern Athletic Conference.

Norfolk State: The Spartans will play the fourth of eight straight road games at Evansville on Thursday.

Cincinnati: The Bearcats play at VCU on Saturday.

NEW YORK (AP) Troy Caupain scored 16 points, including the go-ahead three-point play with 1:38 to play, and No. 24 Cincinnati beat George Washington 61-56 on Saturday in the championship game of the Barclays Center Classic.

The fact the game came down to a three-point play was ironic as both teams took 22 3-point attempts and there were times it seemed a 3-point shooting broke out.

Caupain’s traditional three-point play gave the Bearcats (7-0) a 55-54 lead. After a missed 3 by the Colonials (6-1) Octavius Ellis, who chosen the tournament MVP, scored on a tip-in. Patricio Garino scored on a drive for George Washington with 29 seconds left.

The Colonials let the Bearcats pass the ball around and they finally fouled when Ellis touched the ball with 14 seconds to play. Ellis, a 56 percent free throw shooter, clinched his MVP award by making both for a 59-56 lead. Two free throws by Caupain with 6.1 seconds left capped the scoring.

Farad Cobb and Kevin Johnson both had 11 points for the Bearcats while Ellis had nine points and seven rebounds.

Garino had 15 points for George Washington, Tyler Cavanaugh had 13 and Joe McDonald 11.

The Colonials finished 11 of 22 from 3-point range, not bad for a team that came in shooting 27.9 percent (29 of 104) from there. The 50 percent doesn’t look so good when you consider the Colonials made five of their first six 3-point attempts and were 8 of 11 from beyond the arc in the first half. They went 16:42 between 2-point field goals but led 30-27 at halftime.

The Bearcats were 7 of 22 from 3-point range but their advantage came at the free throw line where they were 10 of 12 compared to George Washington’s 3 of 4.

Cincinnati: The win gives the Bearcats a 13-1 all-time record against George Washington and this was their sixth straight. The last win came on Jan. 31, 1976. … Cincinnati is 7-0 for the fourth time in the last six seasons. … The Bearcats are 51-8 in and have won 24 of 25 in November under coach Mick Cronin. They have won 49 straight games when scoring over 60 points. The 60th point against the Colonials came with 6.1 seconds to play.

One team that may be a bit underrated this season are Mick Cronin’s Cincinnati Bearcats. With their head coach sidelined for a significant portion of last season for health reasons the Bearcats still managed to reach the NCAA tournament, falling to Kentucky in the round of 32, and many of the key contributors are back.

Sunday afternoon the Bearcats moved to 2-0 on the season with a decisive 106-44 win over Robert Morris, using the combination of a balanced offensive attack and some stifling defense to get the job done. Guard Farad Cobb led eight double-digit scorers with 15 points, and point guards Troy Caupain and Justin Jenifer were responsible for nine points and one turnover apiece.

Thirty-two of their 38 field goals were of the assisted variety, and the Bearcats scored 52 points in the paint while also converting 29 Robert Morris turnovers into 36 points.

Two of those 36 points came on an impressive Shaq Thomas windmill during the second half, which can be seen above. While SMU and UConn have received an ample amount of attention when it comes to projecting the American Athletic Conference race, Cincinnati will be heard from as well. They’ll face tougher opposition than Sunday (or Friday’s win over Western Carolina, for that matter), but the Bearcats have more than enough talent and experience to make a statement nationally this season.