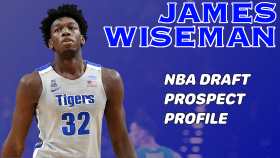 It wasn’t a thing of beauty or expertly executed, but Maryland’s meeting with Georgetown sure was intense and exciting.

The Hoyas led by seven with just over a minute left, but fumbled away the victory will sloppy play and mistakes as the Terps came from behind to win 76-75 in a Gavitt Tipoff Games matchup Tuesday night.

Much of the evening was a slog with fouls wiping away any opportunity for the game to be played with any type of flow, but the finish offered redemption for a game that featured a combined 56 fouls and 64 free throws.

After going up 70-63 with 1:14 left, Georgetown surrendered a 3-pointer, sent Maryland to the line for six free throws and committed two turnovers that allowed the Terps the unlikely comeback.

The game’s wildest moments were saved for the finish.

The Terps cut the lead to three, 73-70, with 19 seconds left, and as Georgetown inbounded the ball, Rodney Pryor was whistled for traveling as he slid upon receiving the pass. Then, the Hoyas sent Anthony Cowan to the line with a deadball foul that allowed the Terps to add two points without the clock dwindling.

Tre Campbell followed that up with a pair of free throws, but Melo Trimble answered with a layup. On the ensuing inbounds, Campbell tried to get around a trap, but dribbled out of bounds to give Maryland the ball down just one.

Trimble then made a pair of free throws after he was fouled on the inbounds pass to give Maryland a lead that Kevin Huerter would protect on the other end when he blocked Jagan Mosely’s potential game-winning layup as time expired.

It was a wild, wild finish and one that undoubtedly will leave Georgetown wondering exactly what went wrong. It’s hard to term the finish anything short of a meltdown as it failing to finish off a seemingly sure-thing in the final minute at home against a rival. The Hoyas have some solid non-conference opportunities still ahead of them with Oregon and Syracuse on the docket, but it’s going to be difficult to get over this result.

For the Terps, it’s a stunning turnaround. Trimble’s final line is solid – 22 points on 7 of 14 shooting along with two rebounds and two assists – but it doesn’t really tell the full story of how well he played, carrying Maryland for major stretches. Justin Jackson providing 17 points off the bench is a big development as well.

Melo Trimble is returning to Maryland.

The Terrapin guard will be back to for his junior season in College Park, according to multiple reports.

Trimble went from freshman first-rounder to question mark after a rough end to his sophomore season for Maryland in which his points per game, shooting percentage (both overall and from 3-point range) and rebounding dipped from his first season. Only his assists per game showed any sort of improvement. He waited until the last possible day to announce his intentions to return to school, but really his options were limited after seeing his production drop.

His decision to come back to school gives him a shot to restore his draft stock while Maryland gets its floor general back to help ease the transition from last year’s Sweet 16 squad that lost Diamond Stone, Rasheed Sulaimon and Jake Layman. The Terps might not be a sure-fire top-25 team with Trimble back, but their NCAA tournament chances are now significantly higher.

COLLEGE PARK, Md. (AP) Melo Trimble scored 18 points, and No. 6 Maryland found its shooting form in the second half to pull away to a 77-56 victory over Maryland Eastern Shore on Saturday.

After struggling to take a 35-29 halftime lead, the Terrapins (9-1) made their first eight shots from the field after intermission during a 27-11 run that made it 62-40. Trimble contributed three 3-pointers to the surge.

Maryland didn’t miss a field goal try in the second half until Michal Cekovsky botched a layup with 8:45 remaining.

Coming off a 78-35 thrashing by No. 1 Michigan State, the Hawks put up a far better fight in this one – especially in the first half.

Rasheed Sulaimon had a career-high 10 assists for Maryland and Diamond Stone added 12 points and six rebounds. The Terrapins have won three straight since their lone loss, at North Carolina.

Maryland’s halftime lead could be attributed in part to a 9-for-10 performance at the free throw line compared to 3 for 4 for UMES.

Just before the break, the Terrapins were working the clock for a final shot when senior Jake Layman casually threw a pass that was intercepted by Derrico Peck, who dunked the ball on the opposite end.

Terps coach Mark Turgeon called a timeout with 2.6 seconds left to scold his players. He almost assuredly continued the conversation in the locker room at halftime.

After beginning the game by making five of its first six shots, Maryland went 1 for 11 from the field and led only 20-17 after going scoreless for nearly 3 minutes.

Stone then made two baskets and a free throw in a 13-2 run.

UMES: The Hawks fell to 0-17 against Maryland. … In addition to losing to highly touted Maryland, Georgetown and Michigan State, UMES is 0-2 in the Mid-Eastern Athletic Conference.

Maryland: The Terrapins had 10 assists on their 11 first-half field goals. By the end, only five of Maryland’s 23 baskets were made without assists. … The Terrapins were outrebounded 29-26.

While neutral site games have become more popular in college basketball in recent years, there’s nothing better than a highly competitive game in a raucous environment. Tuesday’s matchup between Georgetown and No. 3 Maryland, the Hoyas’ first trip to College Park in four decades and the teams’ first regular season meeting since 1993, more than lived up to the hype. But the game, at least from the perspective of the visitors, will be about the opportunities to put the game that they failed to take advantage of.

As a result Melo Trimble and company made the plays they needed to make, winning by the final score of 75-71.

At two different moments in the second half Georgetown held a seven-point lead, the latest of which coming after an Isaac Copeland basket with 5:48 remaining pushed their lead out to 61-54. But on their next two possessions the Hoyas turned the ball over and Maryland capitalized, going on a 7-0 run with Trimble responsible for five of those points.

From there the game went back and forth until Rasheed Sulaimon, who arrived at Maryland amidst lofty expectations and a desire for redemption, made the decisive shot.

Sulaimon’s three-pointer with 1:18 gave Maryland the lead for good, and his role is one that will be incredibly important for a team with national title aspirations. Sulaimon was both a scorer (supplementary role) and a distributor Tuesday night, finishing with ten points and a team-high seven assists, and how he navigates these responsibilities will be key for Maryland moving forward. If Sulaimon can successfully do so, with the passing aspect freeing up Trimble to do more scoring himself, that would make Maryland an even stronger national title contender.

Add in forward Robert Carter, who finished with 12 points and eight rebounds, and Maryland’s two transfers stepped forward in a big game as many envisioned them doing before the season began.

Maryland didn’t have its best shooting night, making just eight of twenty-one from three, and giving up 17 second-chance points is another area that will need to be addressed. But led by Trimble, who was one of the nation’s best at getting to the foul line as a freshman, Maryland outscored Georgetown by 14 points (23-9) from the foul line. That point differential kept Maryland afloat, and ultimately they found a way to take advantage.

Georgetown can certainly point to missed opportunities, and they’ll take some valuable lessons from Tuesday’s game moving forward. But so will Mark Turgeon’s team, which deserves credit for hanging around to be in position to take advantage.

The guard was selected by a panel of conference media after a strong freshman season in which he averaged 16.2 points and helped the Terrapins win 28 games.

The selections were announced Wednesday.

For the second summer in a row, Stephen Curry will be hosting a camp for some of the nation’s best high school guards. This year, he sent out personalized invitations for SC30 Select Camp to each and every one of the kids that were invited.

This season, in addition to the high school guards that will be in attendance, Under Armor is inviting college guards to come back and work as counselors at the event in addition to being able to workout with the NBA MVP himself.

Maryland’s Melo Trimble, Notre Dame’s Demetrius Jackson, Seton Hall’s Isaiah Whitehead and Northwestern’s Bryant McIntosh are the four college counselors that have been invited, and here is what Steph sent them:

Is there a more likeable star in any sport right now than Steph Curry?

Maryland shot a ton of perimeter jumpers in its opening exhibition win November 2, 2014 9:10 am