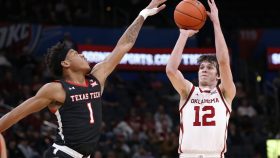 Of all the early entrants to enter the NBA Draft earlier this spring, Valparaiso forward Alec Peters likely had the most interesting set of choices. Of course there was the matter of whether or not to remain in the draft. But in the case of Peters, as a player graduating with a season of eligibility remaining, there was also the question of whether or not he’d use that year at Valpo or another school had he decided to return to college.

Monday afternoon it was reported that Peters, who just before last week’s deadline withdrew his name from the NBA Draft, will in fact return to Valparaiso for his senior season. News of Peters’ decision was first reported by CBSSports.com. That means he won’t reunite with Bryce Drew, who coached Peters the last three years before taking the Vanderbilt job earlier this spring.

As a result of Peters’ decision a player who would have been in high demand as a graduate student (he graduated in three years) will be the focal point of new head coach Matt Lottich’s first team at Valpo. With Horizon League POY Kahlil Felder leaving Oakland, Peters will be the clear favorite for league player of the year honors next fall.

As a junior the 6-foot-9 Peters averaged 18.4 points and 8.4 rebounds per game for the Crusaders, who won 30 games, the Horizon League regular season title and reached the championship game of the Postseason NIT. Peters’ ability to score in an efficient manner from anywhere on the court makes him not only the top returnee in the Horizon League but also one of the top seniors in college basketball heading into next season.

In spite of some key personnel losses, most notably defensive stalwart Vashil Fernandez, the Crusaders will return three of their top four scorers (Peters, Shane Hammink and Tevonn Walker). That will help Lottich as he looks to pick up where his boss left off. 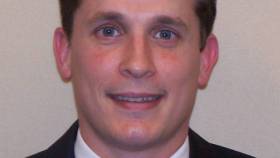 One day after Bryce Drew was introduced as the new head coach at Vanderbilt, Valparaiso has reportedly found his replacement.

Thursday afternoon Valparaiso offically promoted assistant Matt Lottich to head coach. Lottich, who played collegiately at Stanford, spent the last three seasons on Drew’s staff after completing a professional playing career in Japan. What will also help Lottich in his quest to keep things rolling at Valpo is the fact that the school is just over an hour from Chicago, and as a native of the state Lottich has the contacts needed from a recruiting standpoint.

There are questions when it comes to next season’s roster, as defensive linchpin Vashil Fernandez is out of eligibility and redshirt junior Alec Peters has decided to go through the NBA pre-Draft process (without an agent). Fernandez was one of four seniors on this season’s NIT runner-up team, so there will be some holes to fill this spring.

If Peters were to return that would undoubtedly help the Crusaders, as they look to win a third consecutive Horizon League title and return to the NCAA tournament after missing out this season.

News of Lottich’s hire was originally reported by ESPN.com.