Today, we are previewing the Patriot League.

The Patriot League is a conference with many familiar faces in 2015-16, which should make for a competitive race, one that could involve a handful of teams.

Lehigh should be pegged as the preseason favorite. The Mountain Hawks bring back four starters, none bigger than Tim Kempton, the 6-foot-10 junior who took home Patriot League Player of the Year honors last season. Kempton is joined by Kahron Ross, a playmaking point guard who led the league in assists, and Austin Price, the team’s second leading scorer from a season ago. Justin Goldsborough adds some support on the frontline, but the Lehigh back court took a hit this fall with Brandon Alston tore his ACL.

After seven seasons and a pair of NCAA tournament appearances, Dave Paulsen left Bucknell for George Mason. Nathan Davis, a former Bucknell assistant, steps into a good situation with four starters back from a team that won the regular season title in 2014-15. Chris Hass is one of the more gifted scorers in the league and anchors the perimeter, which includes Ryan Frazier and Stephen Brown. Nana Foulland, a 6-foot-9 forward who started every game last season, could be in for a monster sophomore campaign.

Boston University and Army both have their entire starting fives back from a season ago. The Black Knights didn’t have the season in envisioned, but the duo of Kyle Wilson, who has led the league in scoring at 17.5 points per game, and forward Tanner Plomb, who scored in double figures in all but three league games, can skyrocket them up the Patriot League standings. The Terriers have two double-digit scorers of their own in Cedric Hankerson and Eric Fanning. BU’s supporting cast should be more comfortable in their roles this season. Hankerson, who is recovering from an ACL tear, could be back in��December, Joe Jones told ESPN.

Jesse Reed will attempt to lead American to another Patriot League Tournament title game (winning in 2014, losing in 2015), but he’ll have to do so without Pee-Wee Gardner. The Eagles could benefit from transfers Paris Maragkos and Leon Tolksdorf. Lafayette, the reigning champion, will likely take a step back, but guards Nick Lindner and Bryce Scott could keep things interesting in league play.

The reigning Patriot League Player of the Year returns following a sophomore campaign averaging 15.3 points and a league-high 8.7 boards per game. Not many can handle the 6-foot-10 big man on the block. Adding to the mismatch, Kempton can also do damage with his mid-range game. Kempton and point guard Kahron Ross make for a lethal one-two punch in the Patriot League.

Lehigh sophomore guard Brandon Alston tore his ACL and will miss the 2015-16, the team announced on Friday evening.

While Brett Reed losses a member of his rotation for the upcoming campaign he does return 6-foot-10 Tim Kempton, the reigning Patriot Player of the Year and point guard Kahron Ross, who was the league’s rookie of the year in 2014-15. Lehigh, a junior and sophomore-heavy team, enters the 2015-16 campaign as the favorite in the Patriot League following a third place finish a season ago.

The Mountain Hawks begin the season at Syracuse on Nov. 13. 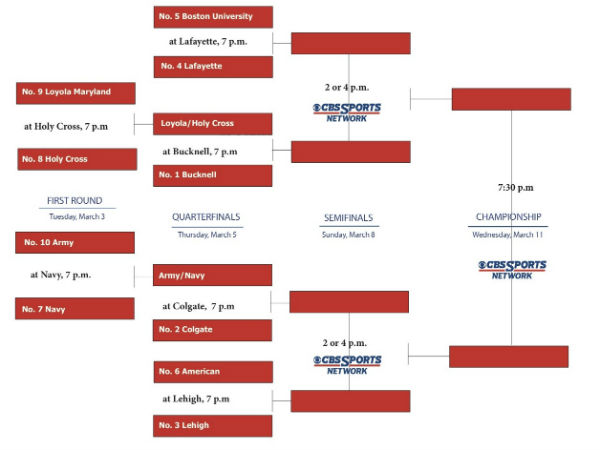 While No. 12 Villanova returns most of its rotation from last year’s 29-win team, one of the tasks that head coach Jay Wright is faced with is accounting for the loss of James Bell. As a senior Bell averaged 14.4 points and 6.1 rebounds per game, earning first team All-Big East honors. One player, despite the fact that his style of play is different than that of Bell’s, poised to step into that starting role is junior Dylan Ennis.

And in his first start at Villanova, Ennis produced a career-best performance in the Wildcats’ 77-66 victory over Lehigh at the new PPL Center in Allentown, Pennsylvania.

Ennis scored 19 points, his high as a Wildcat, while also dishing out five assists in the victory. As a team Villanova didn’t shoot all that well from the field or from three, shooting 38 percent from the field and 8-for-33 from beyond the arc.

The poor shooting and defensive issues resulted in Lehigh having Villanova on upset alert for the first thirty minutes of the of the game. But Wright’s Wildcats were able to take things up a notch defensively to take the lead, ultimately pulling away for the 11-point win. Lehigh shot 54.9% from the field but turned the ball over 23 times, with 13 of those miscues coming in the second half.

Villanova scored 19 points off of those 13 turnovers, and their decisive advantages in points off turnovers (31-4) and second-chance points (21-3) proved to be too much for the Mountain Hawks to overcome. In spite of the poor shooting four starters scored in double figures for Villanova, with Ryan Arcidiacono adding 16 points, JayVaughn Pinkston 11 and Darrun Hilliard ten.

Those three are all expected to vie for All-Big East (and Big East POY) honors this season, but Ennis wasn’t held in similar esteem in the preseason all-conference selections. Yet even with that being the case Villanova will need to versatile guard’s contributions, and Friday night Ennis’ play was one of the key reasons why the Wildcats were able to hold off Lehigh.

Last season, the Patriot League had five teams recorded 10 or more conference wins. In the end it game down to a pair of 20-win teams in the Patriot League Tournament championship game, as preseason favorite, Boston University, hosted the league’s surprise team, American. The Eagles ended up punching their ticket to the school’s first NCAA tournament since 2009.

It was a great first season for American head coach Mike Brennan, taking a team picked ninth in the league’s preseason poll to the Big Dance, and for Year 2 he’ll have the bulk of his roster back, including Jesse Reed, Darius ‘Pee Wee’ Gardner and John Schoof. American’s only lost one key piece, but it is a huge loss as Patriot League Defensive Player of the Year Tony Wroblicky graduated. The Eagles will look to several newcomers to the program to help fill the void in the Eagles’ defense.

Holy Cross, like American, exceeded expectations, finishing third and earning a bid in the CollegeInsider.com Tournament. The Crusaders also lose a top player in forward Dave Dudzinski, but the Crusaders do bring back seven players from last season’s rotation, including Malcolm Miller and Anthony Thompson. Lafayette has the tools to make a jump back up the conference standings with arguably the league’s top player in Seth Hinrichs, as well as Nick Lindner, a 2013-2014 All-Rookie team selection.

Bucknell won six of its final seven games last season, and while the Bison lose Patriot League Player of the Year Cameron Ayers, they do have Chris Hass, an all-league caliber player. The only loss Bucknell suffered in those final seven games was to Army, which finished fifth in the conference standings last season. Kyle Wilson and his league-leading 18.4 points per game is back for the Black Knights.

The 6-foot-8 forward was averaging 20.2 points and 5.7 boards through the first nine games of the 2013-2014 season before a knee injury sidelined him for the next 10. Upon his return he recorded a pair of double-doubles en route to 16.3 points and 6.1 boards per game, earning third team all-Patriot League honors. The versatile forward is one of three returning starters for a conference contender.

Lehigh landed its second commitment in the Class of 2015 Saturday, as it was reported by Josh Gershon of Scout.com that 6-foot-2 shooting guard Kyle Leufroy verbally committed to Dr. Brett Reed’s program.

Leufroy, a native of La Canada, California, joined the Prolific Prep program this year after attending St. Francis HS in 2013-14. Leufroy has no issue scoring, as he averaged just over 22 points per game as a junior. Leufroy’s play during the summer resulted in added interest from Division I programs according to the Los Angeles Times, with Lehigh, Pacific and Boston University making scholarship offers in July.

Lehigh will enter the 2014-15 season looking to account for the loss of leading scorer Mackey McKnight, who averaged 13.4 points per contest as a senior. The Mountain Hawks, who finished the 2013-14 season with a 14-18 record, return four of their top five scorers with forward/center Tim Kempton (13.0 ppg, 7.1 rpg) looking to build upon his solid freshman campaign. Kempton was named Patriot League Rookie of the Year, and guard Austin Price was named to the league’s All-Rookie team as well.

Kempton and Price are two of the players who will be on campus when Leufroy and small forward Matt Holba, who verbally committed to Lehigh in early September, arrive on campus next summer.