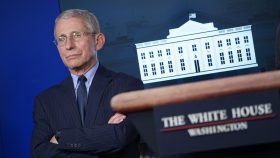 In a rematch of last year’s CAA semifinal that went to double overtime, No. 1 seed Hofstra avenged that defeat by beating No. 5 William & Mary 70-67 Sunday afternoon on NBCSN.

Joe Mihalich’s Pride took the lead for good on a Denton Koon layup with 8.9 seconds remaining, and an Ameen Tanksley free throw with 1.9 seconds remaining provided the final margin. The Tribe had one final possession, but their inbounds pass was mishandled and time expired.

Tanksley led four Hofstra players in double figures with 23 points and CAA Player of the Year Juan’ya Green added 14 and five assists. Greg Malinowski led the way offensively for the Tribe with 22 points, as he shot 5-for-8 from three and 7-for-10 from the field overall.

Hofstra will play No. 2 UNCW, with whom they shared the CAA regular season title, in Monday’s title game.

With first-place UNCW winning Saturday, Hofstra needed a win Sunday against Northeastern to remain a game back ahead of their meeting in Wilmington Thursday night. The Huskies mounted a rally in the second half but it wasn’t enough to overtake Hofstra, which won by the final score of 65-60 on NBC Sports Network.

David Walker and Quincy Ford, both of whom had their struggles at times on the offensive end Sunday, scored 15 points apiece for Northeastern.