Among the group left there is scoring, size and proven production. Some players are going to higher levels after thriving at mid-major schools. There’s also a chance for a fresh start for talented players who couldn’t figure things out at their first stop.

Here’s a look at the college basketball’s best transfers.

Bursting on the ACC scene this season, Nolley provided instant scoring pop for the Hokies. Nolley dropped 30 in his first college game against Clemson. From there, the wing proved himself to be a reliable high-major scorer. The redshirt freshman tapered off at the end of the season. He ended up at 15.5 points, 5.8 rebounds and 2.4 assists a game. But he’s a weapon as a scorer that any team would love to add. Nolley recently named his top 11 schools. Alabama, Georgetown, Maryland, Memphis, N.C. State, Ole Miss, Oregon, Seton Hall, TCU, Texas Tech, UConn all made the cut.

This promising former high-end four-star prospect left the Buckeyes mid-season. The explosive left-hander was off to a strong start. Carton put up 10.4 points, 3.0 assists and 2.8 rebounds per game. Then the freshman left the team for mental health reasons. Removing himself from the team late January, Carton never returned to basketball. Now, he’s one of the best available transfers. Shooting 40 percent from three-point range, Carton can get to the rack or knock down shots. High-major programs from all over have checked in on Carton. The Iowa native has plenty of options.

After reclassifying to join the Wildcats a year early last May, Juzang is already exiting for another program. The freshman is a former high-end four-star prospect. The 6-foot-6 Juzang brings size and shooting to his next destination. Although he never properly cracked Kentucky’s lineup, Juzang worked his way into a respectable role. The freshman averaged 12.3 minutes per contest and 2.9 points and 1.9 rebounds per game. Arizona, Notre Dame, Oregon, Texas Tech, UCLA and Villanova are among Juzang’s top six. It’s not often that a Kentucky player is one of college basketball’s best transfers.

The sophomore put together a strong all-around season for the Shockers. Burton put up 10.3 points, 3.5 rebounds and 3.4 assists per game while shooting a respectable 38 percent from three-point range. The versatile perimeter threat can play multiple spots and often bullies his opponents with physicality. Burton became one of Wichita State’s go-to players by the end of the season. Burton is down to Marquette, Seton Hall, Texas Tech and Xavier.

Wertz doesn’t have a lot of notoriety. But 58 coaches contacted Wertz’s family the first seven hours he was in the transfer portal. The sophomore is one of the hottest names in recruiting. According to a report from the Charlotte Observer, Wertz is down to Arizona, Butler, North Carolina, Notre Dame, Ohio State, Oklahoma and Virginia. For two seasons, Wertz consistently put up strong numbers for the Broncos. A tall guard at 6-foot-4, Wertz put up numbers across the board. He’s a double-figure scorer (11.9 ppg) who also distributes (3.9 apg) and helps on the glass (3.5 rpg). This season saw Wertz improve to a 40 percent three-point shooter. 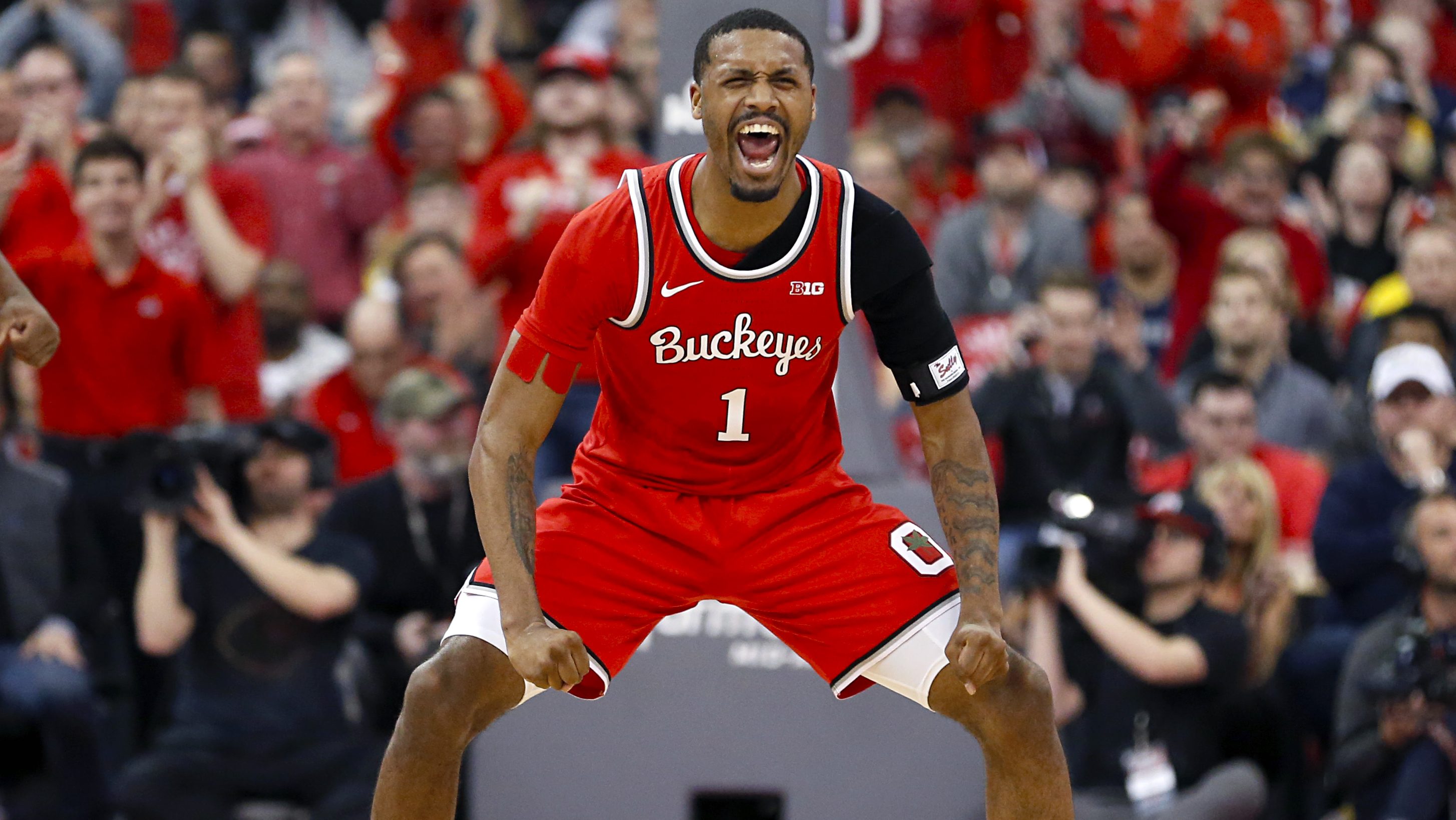 Starting 56 games for the Buckeyes the past two seasons, Muhammad is one of the more experienced transfers. The two-way guard is a tough perimeter defender capable of locking down opposing guards. Muhammad can also go on scoring flurries if he gets hot from the perimeter. Consistency has been the issue. Take Ohio State’s games against Maryland this season as an example. In a win, Muhammad poured in 22 points and hit four three-pointers. In a loss, the sophomore went scoreless in 24 minutes. Sometimes, it’s hard to guess which version of Muhammad will show up. Muhammad is down eight schools. Alabama, Arizona State, Auburn, Georgia, New Mexico, Seton Hall, UCLA and West Virginia are involved.

This first-team all-Big Sky performer is highly productive. The 6-foot-1 point guard averaged 30-plus minutes in all three seasons with the Vikings. Woods did plenty when he was on the floor. Averaging 17.7 points and 5.2 assists per game as a junior, Woods is a dynamic threat with the ball in his hands. Perimeter shooting is the big problem. Woods has never been over 30 percent in his career. But with over 1,300 points and 500 assists in his college career, Woods should be able to come in and help right away. Woods could return to Portland State but he’s also considering Arizona State, Gonzaga, Oregon State and New Mexico State.

In his only season at Nebraska, the 6-foot-2 guard showed his all-around ability. Mack put up 12.0 points, 6.4 assists and 4.5 rebounds per game. He has the only triple-double in Cornhuskers history — which came in a win over Purdue. Off-the-court issues are why Mack finds himself lower on this list. Nebraska suspended the sophomore multiple times during the season. Mack also put his name in the 2020 NBA draft process — but he’s maintaining his college eligibility. If Mack ends up staying in college, he’s talented enough to be a major force.

DeJulius entered the transfer portal just days ago after a promising sophomore campaign. The Wolverines relied on DeJulius as a key reserve guard who averaged 7.0 points and 1.5 assists per game in 20 minutes a contest. It was expected DeJulius would compete for a starting spot with the departure of Zavier Simpson. That won’t be the case now. It could be that DeJulius wants a chance to be a starter elsewhere. He’s a capable shooter who can put up points at the highest level. Even if DeJulius doesn’t improve at running an offense, he should help someone looking for perimeter pop and experience.

Morgan is the ultimate upside play among the best available transfers. The 6-foot-11 center was the Big West’s Defensive Player of the Year as a freshman. After putting up modest numbers in high school, Morgan added 18 pounds and showed he could compete with the big boys. Morgan averaged 8.4 points, 6.1 rebounds and 2.5 blocks per game. Ranking 13th in the nation in blocks, Morgan’s defensive presence at the rim is unique among available transfers. And with three years of eligibility left, there’s a lot of time to tap in Morgan’s upside. Morgan scored in double-figures against Arizona, UCLA, USC last season. Now, all three of those schools are among the many high-majors in pursuit.