Very other sport can treat brawls like comedy, and I think it’s about time that we did the same for basketball.

So let’s take a look at the four funniest moments from last night’s Kansas-Kansas State fight. Shouts to Jomboy:

1. IS THE KANSAS MASCOT OK?

Throughout the entire fight, the mascot is just in utter disbelief. He cannot believe what he just saw, and he certainly cannot be consoled:

2. CAN JEREMY CASE START AT LINEBACKER FOR KU’S FOOTBALL TEAM?

Case is the video coordinator for Kansas. He’s also a former Kansas point guard. He knows what this rivalry is all about, and he also is not going to be afraid to get in the middle of it.

Case starts out on the wrong side of the melee:

But when he sees De Sousa and Love squaring up and throwing punches, he intervenes by throwing himself into a player six inches taller than him:

Silvio De Sousa picked up a chair and was ready to smash that thing over someone's head WWE style. pic.twitter.com/QMHupzi86i

James Love the third has played in exactly one game this season. He has spent more time on the court fighting that he has actually playing, but he still found a way to get into the middle of this fight and, in the process, lost his shoe: 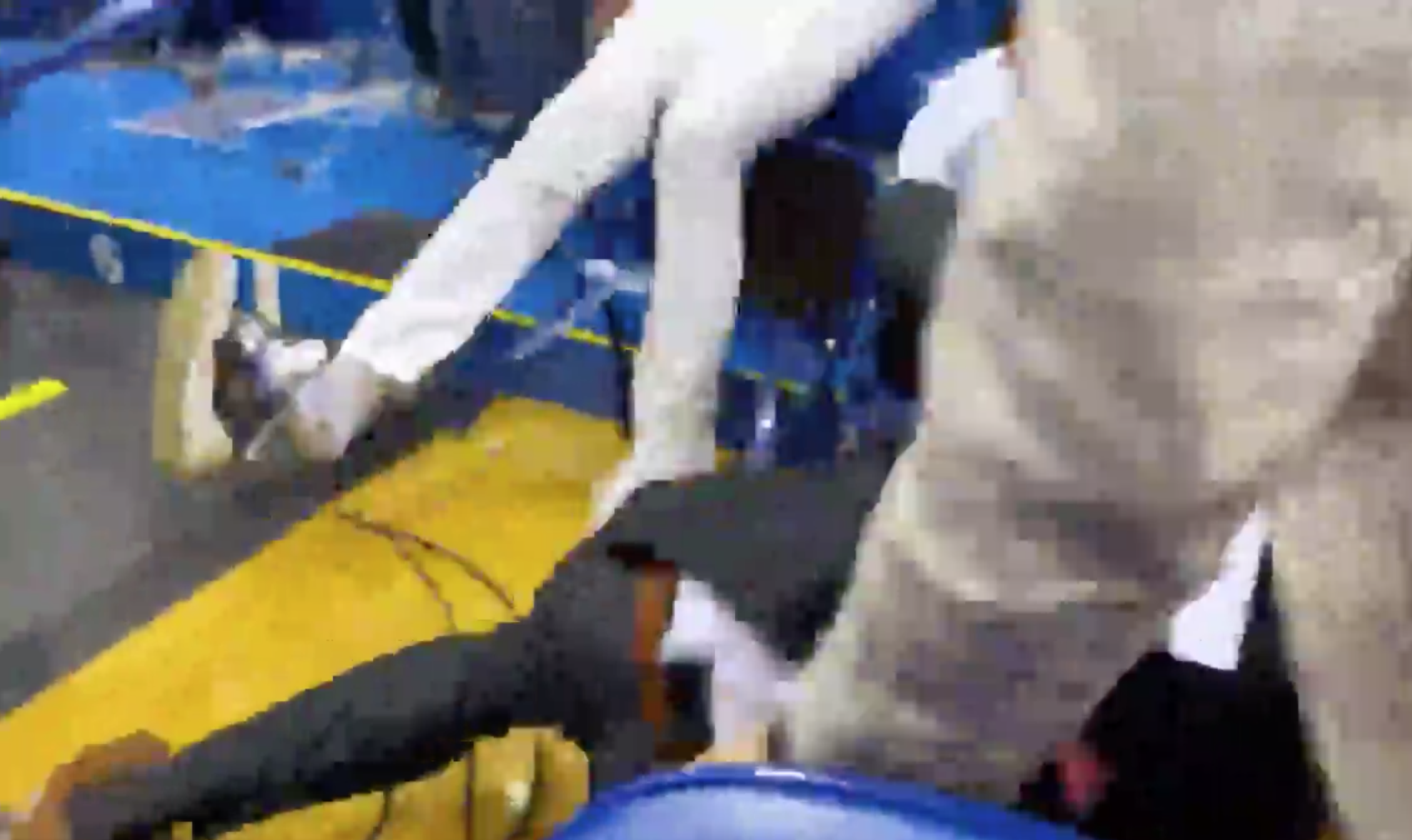 Holy smokes. Here’s another angle of the KU-Kansas State brawl that just broke out. Wow. pic.twitter.com/Mqm7Lbv4tX

He’s not dressed for the game.

Did he bring an extra pair of shoes? Did he have to head back onto the bus without a shoe on this right foot? So many questions, so few answers.

He’s some kind of photographer.

He got his shot, that’s for sure: 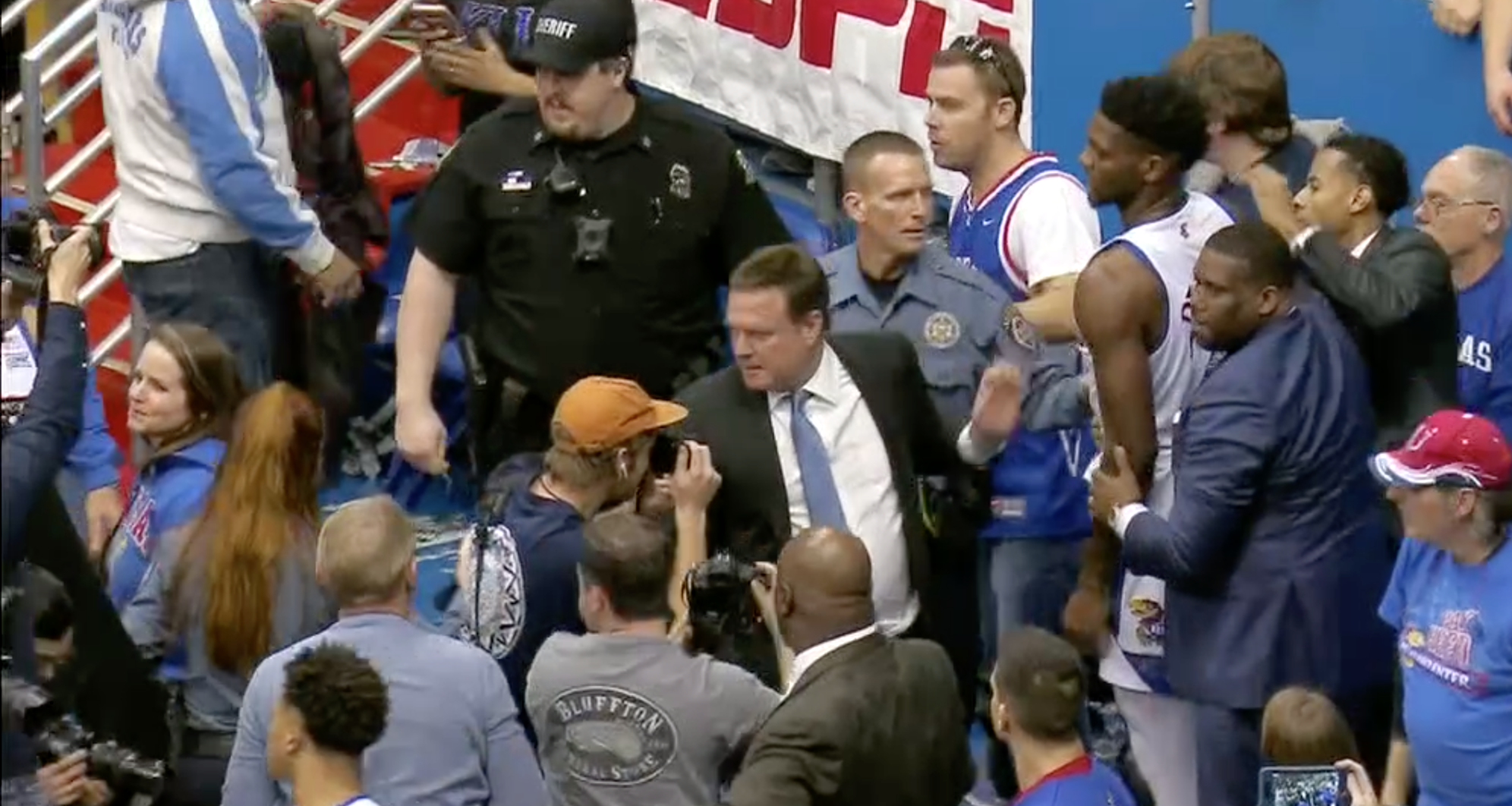 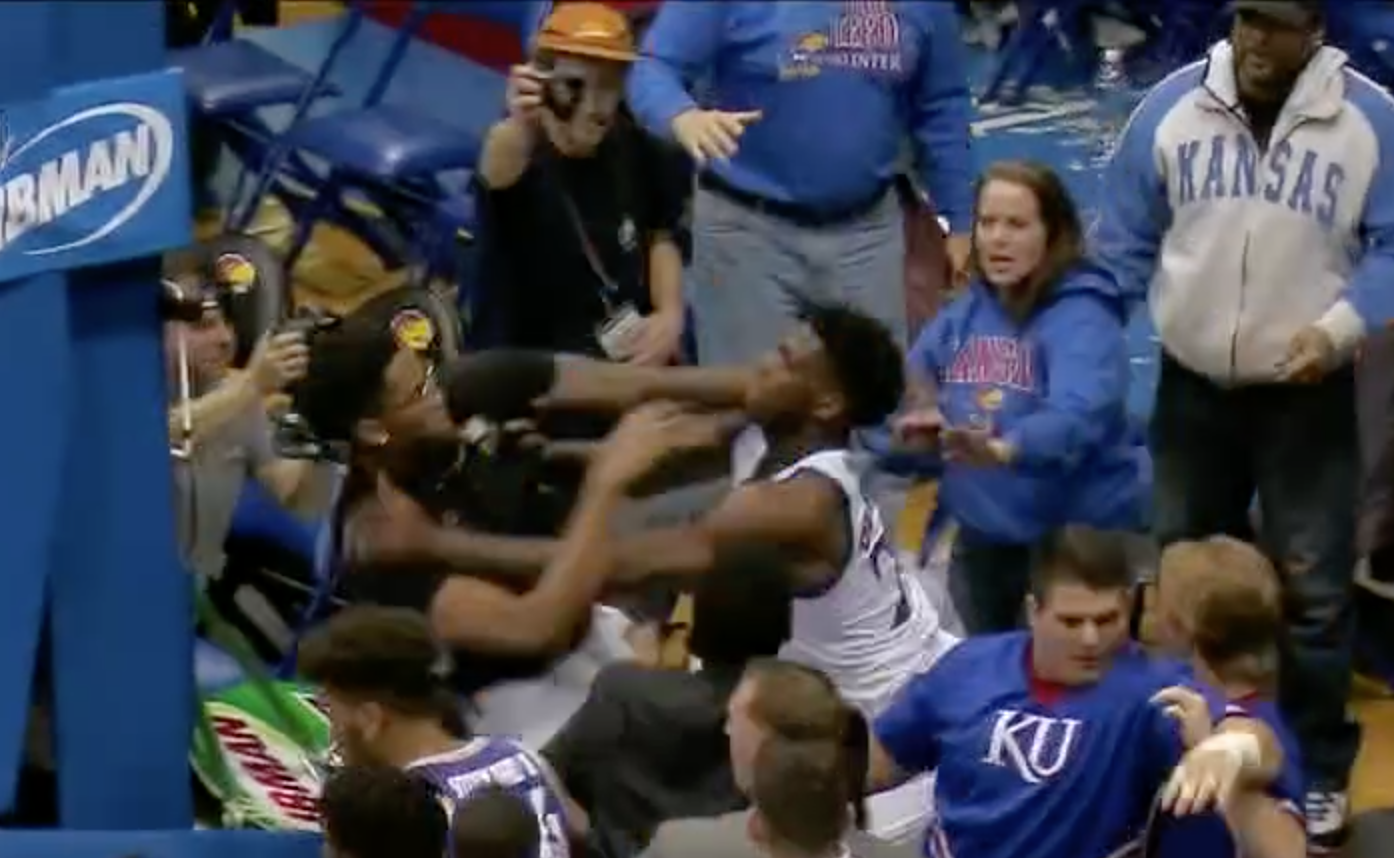 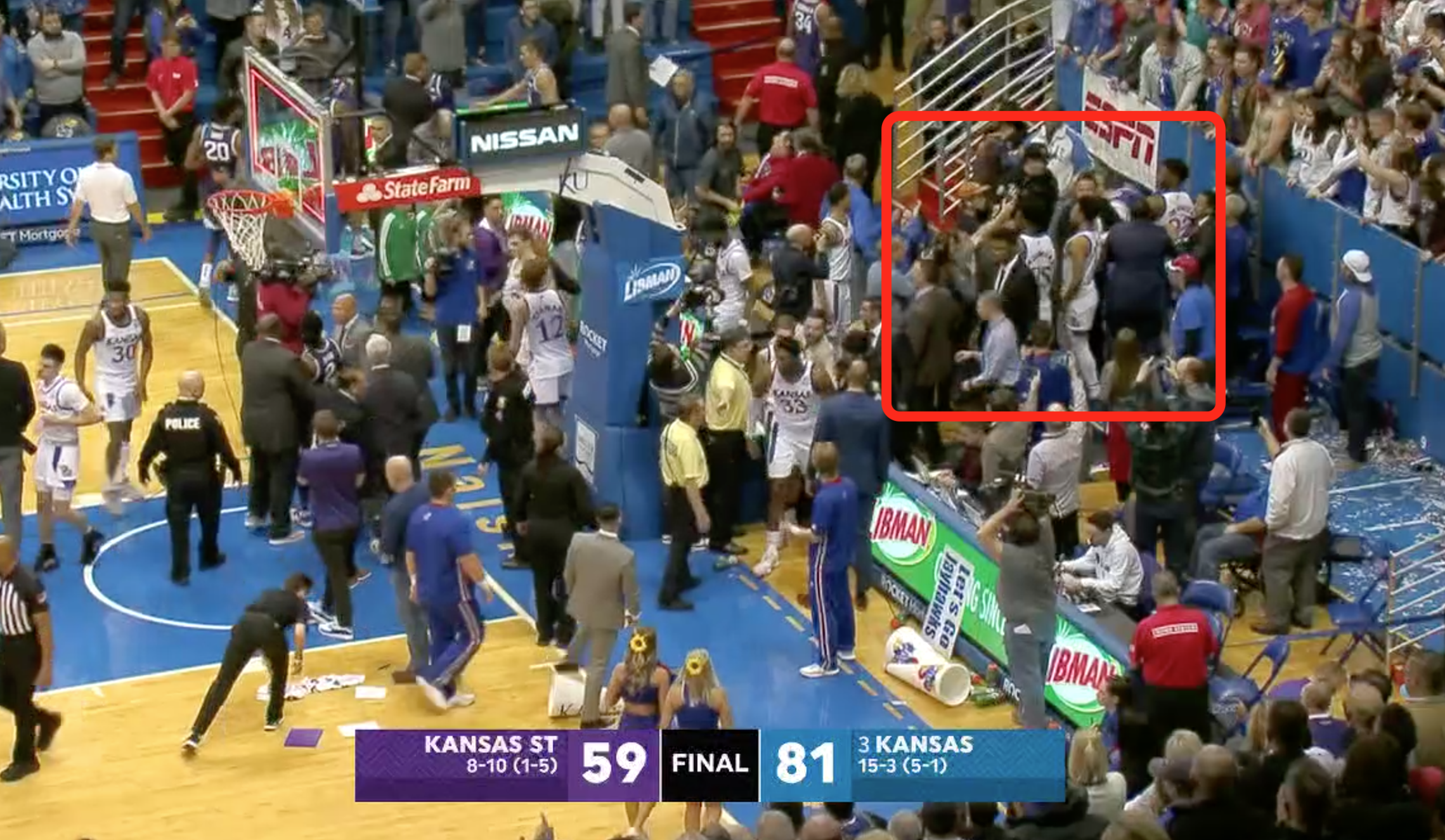