The streak is over.

And on Saturday, it didn’t even come with a sweat.

The running joke in recent years has been that Scott Drew has lost more in Phog Allen than Bill Self. That was no longer the case heading into this game — Drew was 0-12 against Kansas while Self had lost 13 times at home during his Kansas tenure — but getting that monkey off of his back has to feel good for Drew.

Here are the three things to take away from Baylor’s win on Saturday:

1. BAYLOR’S BACK COURT WAS SIGNIFICANTLY BETTER

Devon Dotson entered this weekend as one of the frontrunners for National Player of the Year, and it’s something that’s hard to argue with. He’s averaging 18.6 points, 4.5 assists and 4.0 boards for a top three team in college basketball. But Dotson has struggled against the toughest competition that the Jayhawks have faced. He had six turnovers against Duke in the season-opening loss to the Blue Devils. He shot a combined 10-for-30 from the floor against Villanova and West Virginia. He did have the best game of his college career in a win over Dayton, but he was a non-factor on Saturday, finishing with nine points and two turnovers. (More on him in a second.)

It is certainly fair to say that he is the biggest reason the Jayhawks have lost the three games they’ve lost this season.

Jared Butler, on the other hand, was the best player on the floor. MaCio Teague made some huge shots in the first half during Baylor’s run to extend the lead. They carried Baylor on Saturday in a game where the Bears struggled to do some of the things that they do best — namely, attack the offensive glass.

I made this point after Baylor won on Tuesday night at Texas Tech: What is so scary about this team is that they can beat you is so many different ways. On Tuesday, they won with their defense, timely shot-making from their bench and survived on a night where their two leading scorers (Butler and Teague) score 12 points.

On Saturday, they won because their starting backcourt combined for 38 points, six assists and no turnovers while shooting better than 50 percent from the floor and hitting six threes on a day where they ended up with more steals as a team (nine) than they had turnovers (five).

It is not crazy to think that Baylor is the best team in college basketball at this moment.

Devon Dotson suffered what Bill Self called a hip pointer after the game. He suffered the injury at some point in the first half, he was clearly bothered by the injury late in the half and after the first possession of the second half, he pulled himself out of the game.

Eventually, Dotson did return, but he was clearly not the same player that he has been at full strength this season.

This is incredibly significant for a multitude of reasons. On the one hand, Kansas does not have another point guard. Marcus Garrett handles back-up point guard duties, and he’s dealing with ankle issues himself. Kansas has enough trouble creating shots in the halfcourt when they are at full strength. Losing an all-american, or being forced to play with him at less than 100 percent, is a major issue.

3. CAN KANSAS SPACE THE FLOOR ENOUGH TO USE THEIR BIGS?

Udoka Azubuike’s season has not been as dominant as I expected it to be largely because Kansas has not been able to find a way to space the floor enough around him.

What Baylor did was simple. They fronted Azubuike, they helped off whoever was in the weak-side corner and they bet that they were more likely to be able to rotate and recover defensively more often than Kansas would be able to throw a lob over the top to Azubuike.

And they were right.

These screenshots tell the tale: 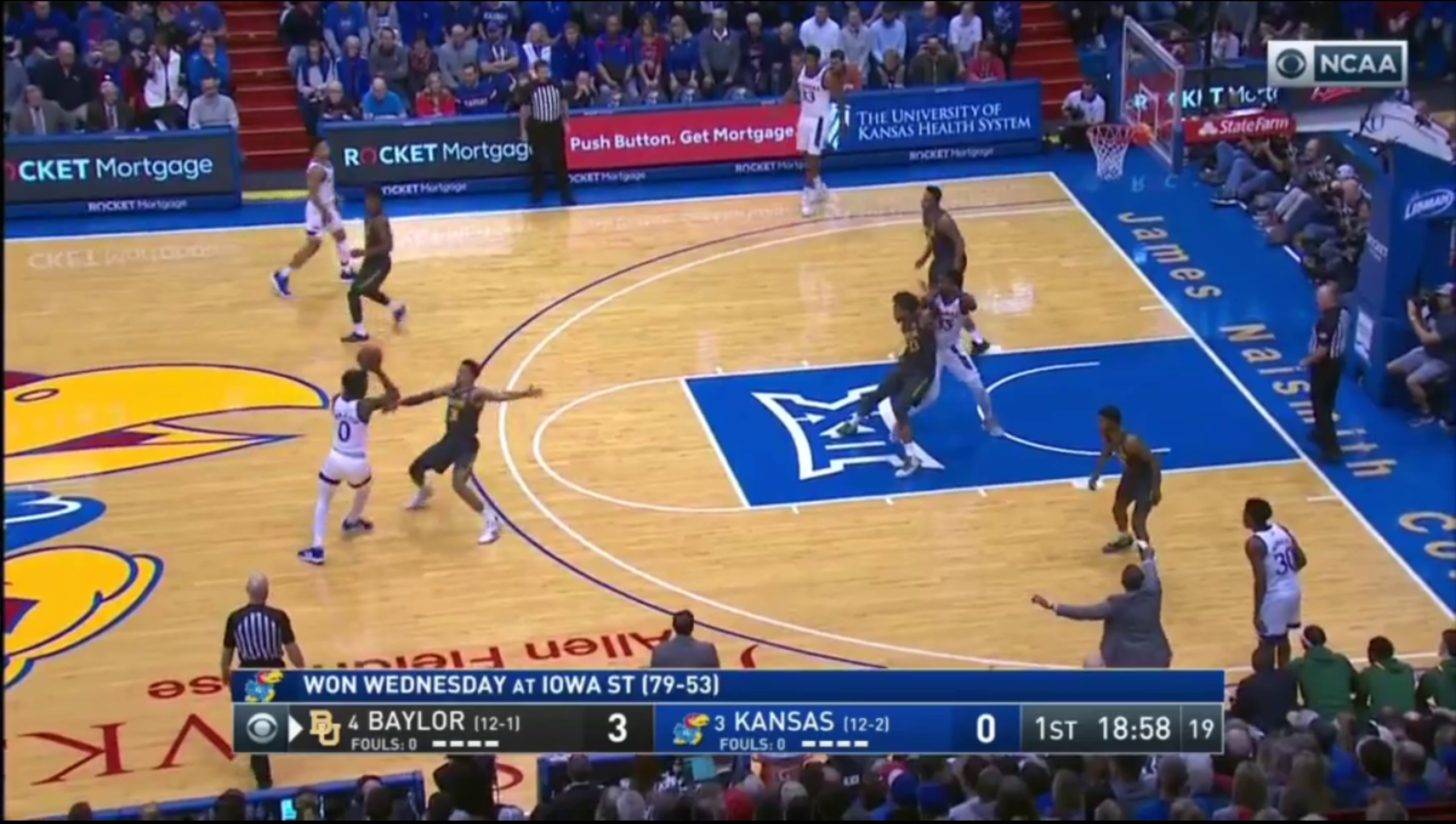 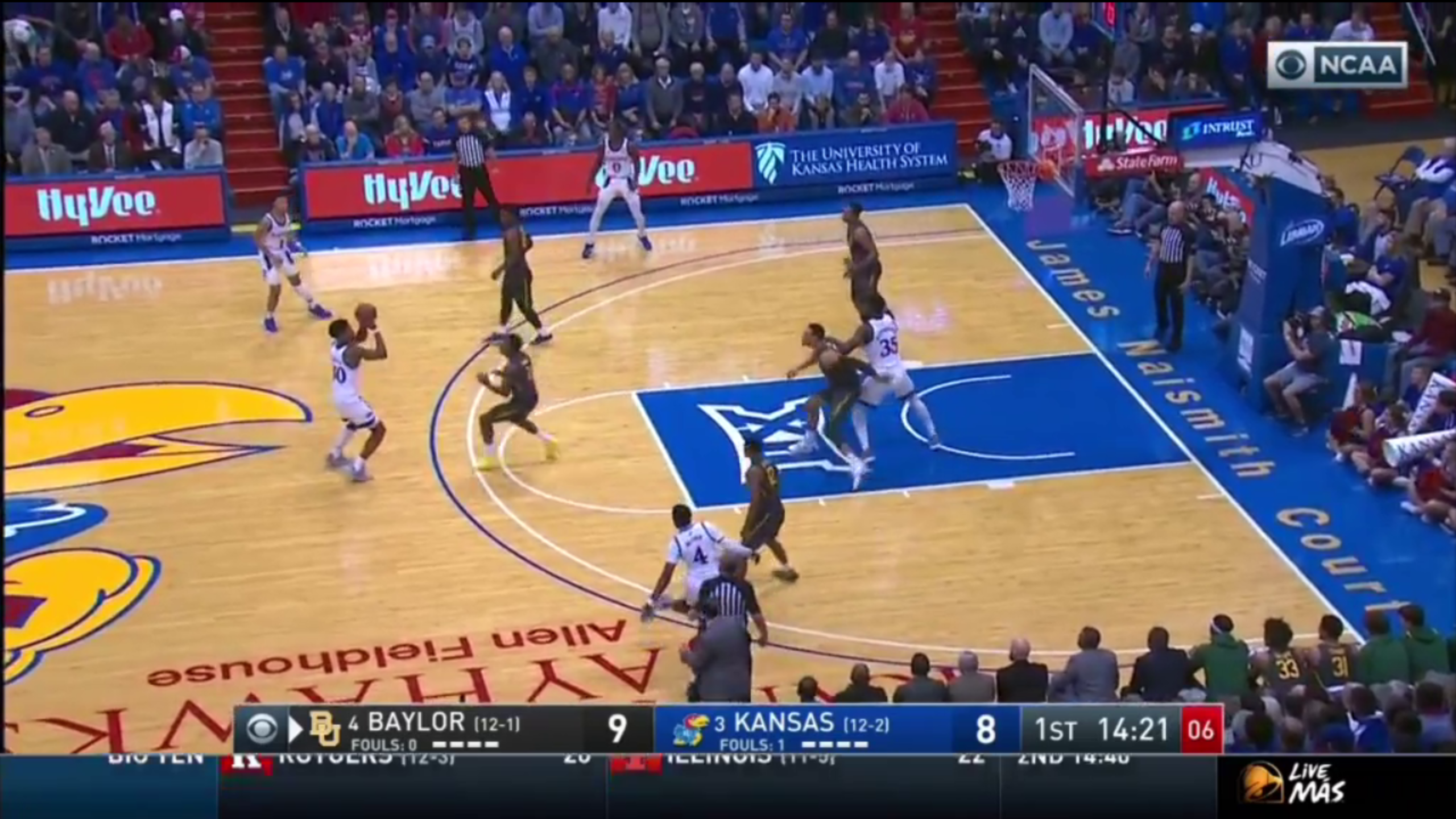 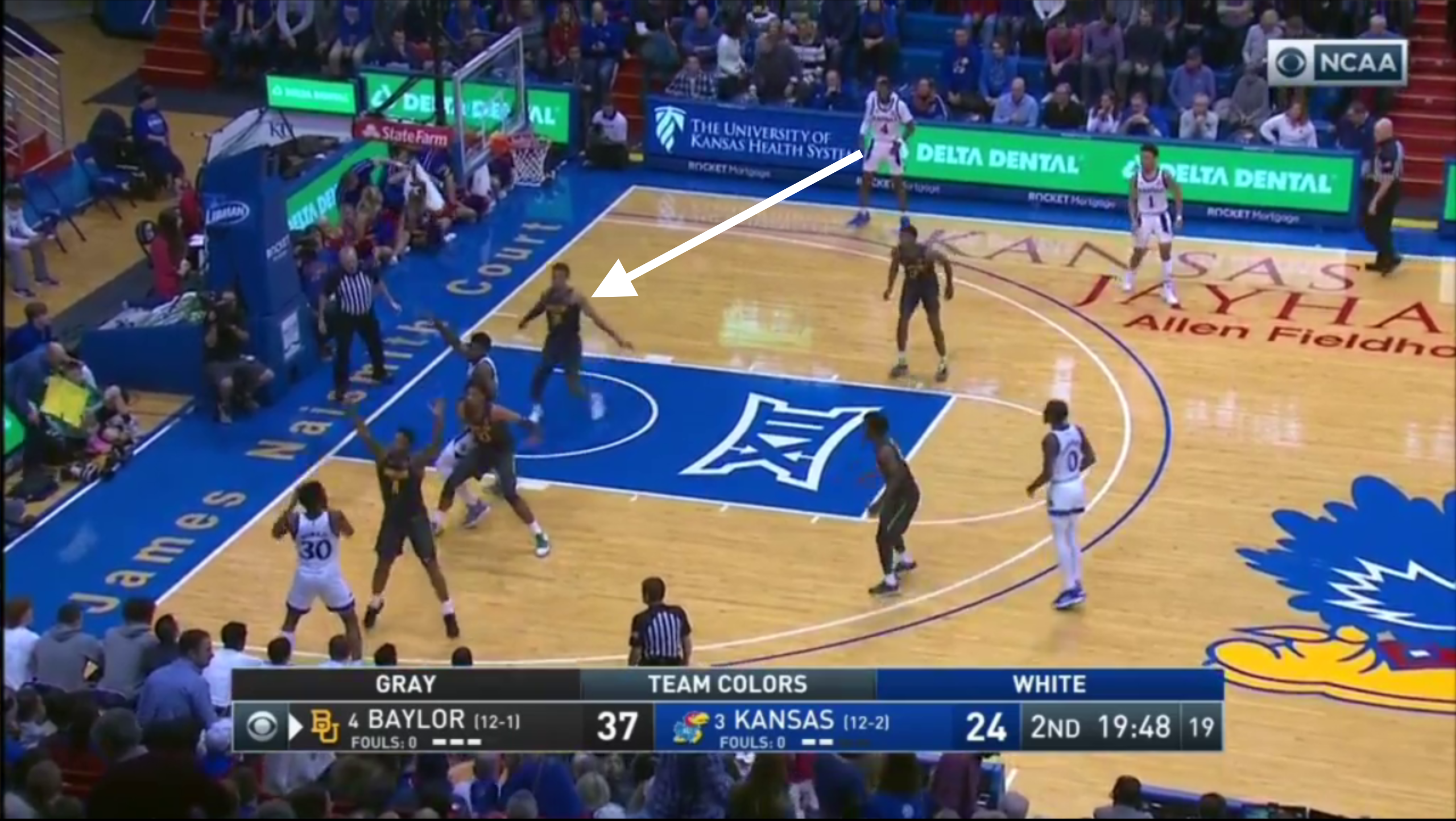 Drew took away Kansas’ high-low action, he sold out to eliminate Azubuike’s duck-ins and the result was a win that never felt as close as the 12-point final would indicate.