Why would Jerome, the point guard of the only team to ever lose to a No. 16 seed, wear a t-shirt supporting said No. 16 seed? 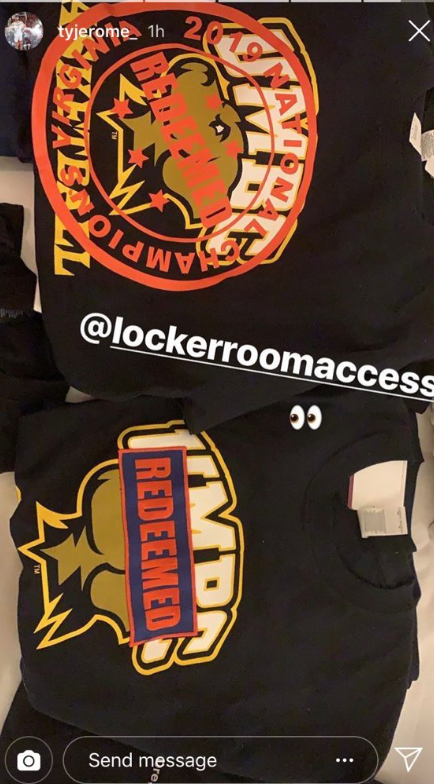 I love Ty Jerome. I’m not even going to try to hide it. He’s the kind of dude that never forgets a slight, and he’ll spend the rest of his life reminding you about it when he proves you wrong. Remember when he came for Stephen A. Smith? Or for Mike Francesa? What about Pat Forde?

I imagine Jerome like Steve Buscemi’s character in Billy Madison. He has a list of people that he’s coming for, and he’s crossing them off, one by one. No apologies as he gets every last bit of revenge.

And while we’re here, you should read my story from Minneapolis on how Virginia celebrated becoming the greatest redemption story in the history of sports.