On a night where Duke looked like they were ready to see their season come to an end, Zion Williamson made just enough plays to keep the Blue Devils close enough to get lucky at the end.

The big fella finished with 32 points, 11 boards and four assists in the 77-76 Sunday evening win, scoring the and-one with 14 seconds left that led to the offensive rebound that R.J. Barrett’s game-winning put-back. This was anything-but a quintessential Duke performance. It was actually precisely the kind of game that Duke should have lost, but I’ll get to that at the bottom of this column.

TEAM OF THE DAY: Oregon Ducks

Payton Pritchard finished with 18 points and seven assists, the Ducks made 13 threes and, over the course of the final 12 minutes of the game, outscored UC Irvine 38-17 en route to a 73-54 win and a spot in the Sweet 16. The Ducks are the only team to make it to the second weekend of the tournament as anything other than a top five seed, but there’s an argument to make that they are actually a top 16 team at this point in the season. They’ve now won 10 straight games, and the last eight of them have come on the road or on neutral courts. It’s been a wild ride, and it’s not done yet.

It was a thriller in Columbia, S.C., on Sunday night, one that we wrote about here and here (and down at the bottom of this column) and that ended like this:

Tennessee was getting ready to make history on Sunday, and not in a good way. The Volunteers blew a 25 point first half lead to Iowa, getting to overtime where Williams absolutely took over. Tennessee used a 9-2 run to take control in the extra frame, and Williams was responsible for all nine points. He scored three straight buckets and found Jordan Bone for a three in the mix, too.

I guess there’s a reason he’s an all-american.

Buzz Williams must be happy to have his point guard back. Justin Robinson finished with 13 points and four assists off the bench, but 10 of those 13 points and all four of those assists came after No. 12-seed Liberty had taken a 26-18 lead on Virginia Tech late in the first half of the second round tilt in San Jose. He sparked an 18-6 surge that spanned both halves and had a pair of assists in another 11-3 run early in the second half as the Hokies landed a come-from-behind, 67-58 win over the upset-minded Flames.

The game that I was most excited about heading into Sunday was Texas Tech vs. Buffalo, and that’s because I thought that the Bulls would at least put up a fight. They didn’t. After staying within striking distance for more of the first half, the Red Raiders buried Buffalo down the stretch.

ONE MORE THING TO KNOW

This was the one.

This was the game that Duke was supposed to lose in this tournament.

This matchup had all the elements necessary to make it happen.

For starters, UCF has the roster makeup to be able to hang with Duke. They have size, they have depth, they have athleticism and they have the one guy in college basketball that can make Zion Williamson an inefficient finisher around the basket in Tacko Fall. They played precisely the way that you need to play to be able to beat these Blue Devils, by packing everyone in the paint, daring Tre Jones and Jordan Goldwire to beat you from the perimeter and parking a shot-blocker directly in front of the rim. And they did all that while one of their shot-making wings went bonkers. Aubrey Dawkins finished with 32 points on 12-for-18 shooting, making tough shot after tough shot to give the Knights a shot to win this thing in the final minutes.

Throw in the good fortune from the basketball gods — specifically, a couple of no-calls on Fall and the shot clock violation that wasn’t in the final minutes — and it was all coming together.

Duke was going to lose.

And then that shot happened, this didn’t fall and UCF was heading home: 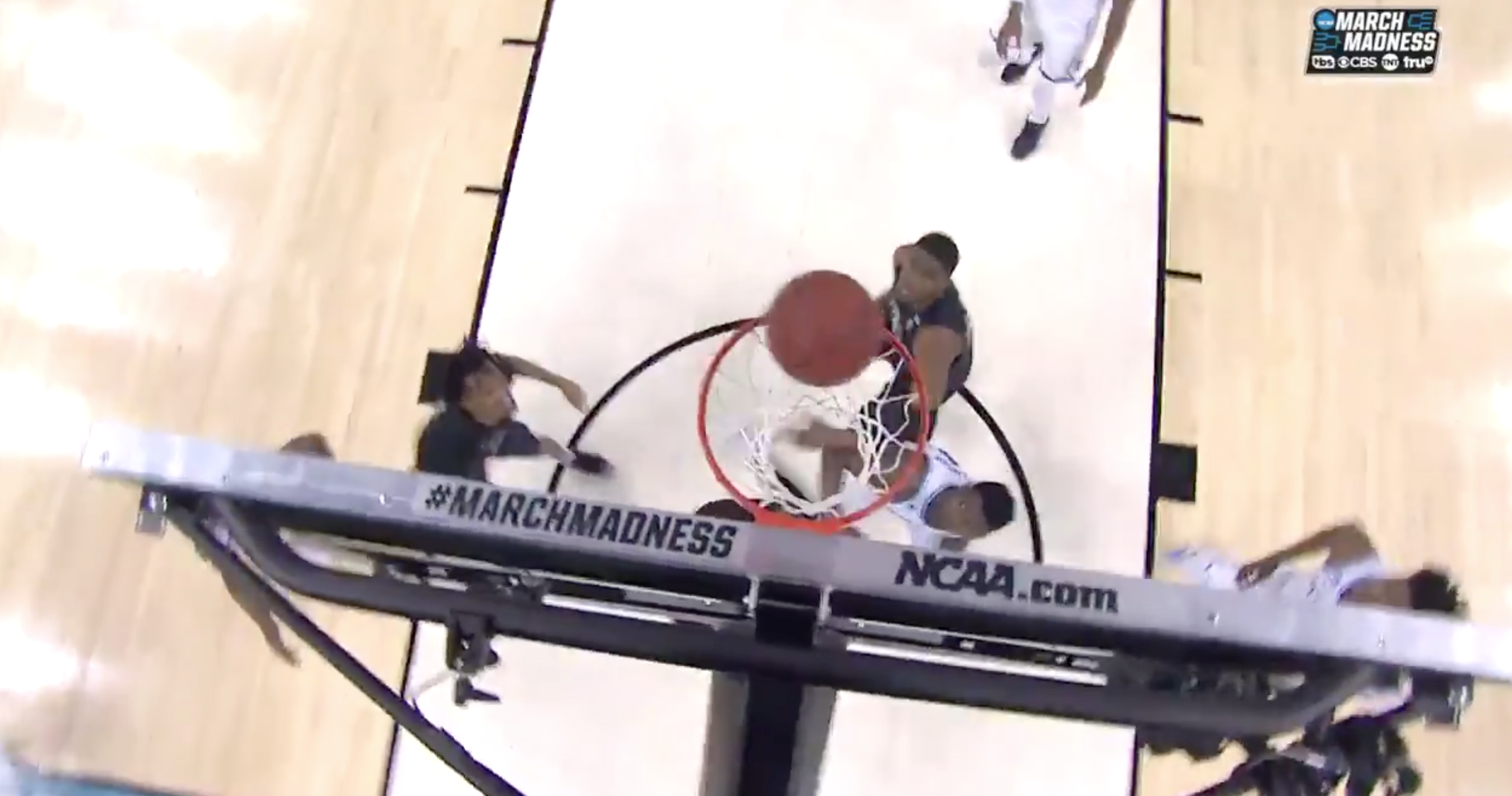 One of the things that I kept seeing after the end of this game is that this is evidence that Duke is not invincible, which I just don’t understand.

This is something that we have known all season long. Duke struggles to shoot the ball, particularly at the point and the five, and good teams are capable of exploiting that. They pack in the paint, they do their damnedest to avoid turnovers that allow Duke to get out in transition and they hope that all of this happens on a night when their star plays like a star.

That’s how you beat Duke.

UCF had all the tools they needed, and luck just didn’t break their way.

It’s not different than the end of last year’s Elite 8 game, when Duke was on the other end of the luck spectrum.

That’s when Grayson Allen’s game-winner rolled off the rim, just like Dawkins’ did on Sunday night:

GOODNESS GRACIOUS. Grayson Allen was a slight roll away from becoming a Duke Icon. pic.twitter.com/NxLqC3465s

Just how different would the narratives be for these two Duke teams had both of these shots fallen?