The South Region is led by some top seeds who were bounced early in the NCAA tournament last season as Virginia and Tennessee look to redeem themselves after strong seasons.

The South Region is led by No. 1 seed Virginia. Following last season’s stunning loss to No. 16 seed UMBC in the first round, the Cavaliers will get a chance to redeem themselves against No. 16 seed Gardner-Webb, the champions of the Big South.

The No. 8/9 matchup is a matchup between SEC and Big 12 as Ole Miss and Oklahoma battle. The Rebels were one of the most pleasant surprises of any team in the field this season while Oklahoma has won some games down the stretch to earn another bid.

Wisconsin draws the No. 5 seed as the Ethan Happ-led Badgers get a major test in No. 12 seed and Pac-12 Tournament champion Oregon. Although the Ducks struggled during the regular season — particularly after the loss of star freshman Bol Bol — they’re a dangerous team with two recent wins over Washington.

The No. 4 seed is Kansas State as they are still hoping to get senior forward Dean Wade (foot) healthy enough to play in the NCAA tournament after he missed all of last season’s Elite Eight run for the Wildcats. They’ll face No. 13 seed UC Irvine, the champions of the Big West.

Defending champion Villanova drew no favors from the committee with the No. 6 seed. There hasn’t been a No. 6 seed in the Final Four since 1992 as the Wildcats will have an uphill battle to make the Final Four for the third time in four years. They draw No. 11 seed Saint Mary’s as the Gaels gained a lot of momentum in winning the WCC title over No. 1 seed Gonzaga.

Earning a surprising share of the Big Ten regular-season title this season, Purdue draws the No. 3 seed as they get a tough first-round opponent in No. 14 seed Old Dominion.

The committee also didn’t help No. 7 seed Cincinnati as the Bearcats had an impressive showing in an AAC title-game win over Houston on Sunday. The Bearcats will face No. 10 seed Iowa in a clash of styles and tempo.

After falling short in the SEC tournament title game, No. 2 seed Tennessee gets a matchup with No. 15 seed Colgate — a program making its first NCAA tournament appearance in 23 years. Although the Raiders feature the Patriot League Player of the Year in forward Rapolas Ivanauskas, they’ll face one of the best frontcourts in the tournament with the Vols’ veteran combo of Grant Williams and Admiral Schofield. 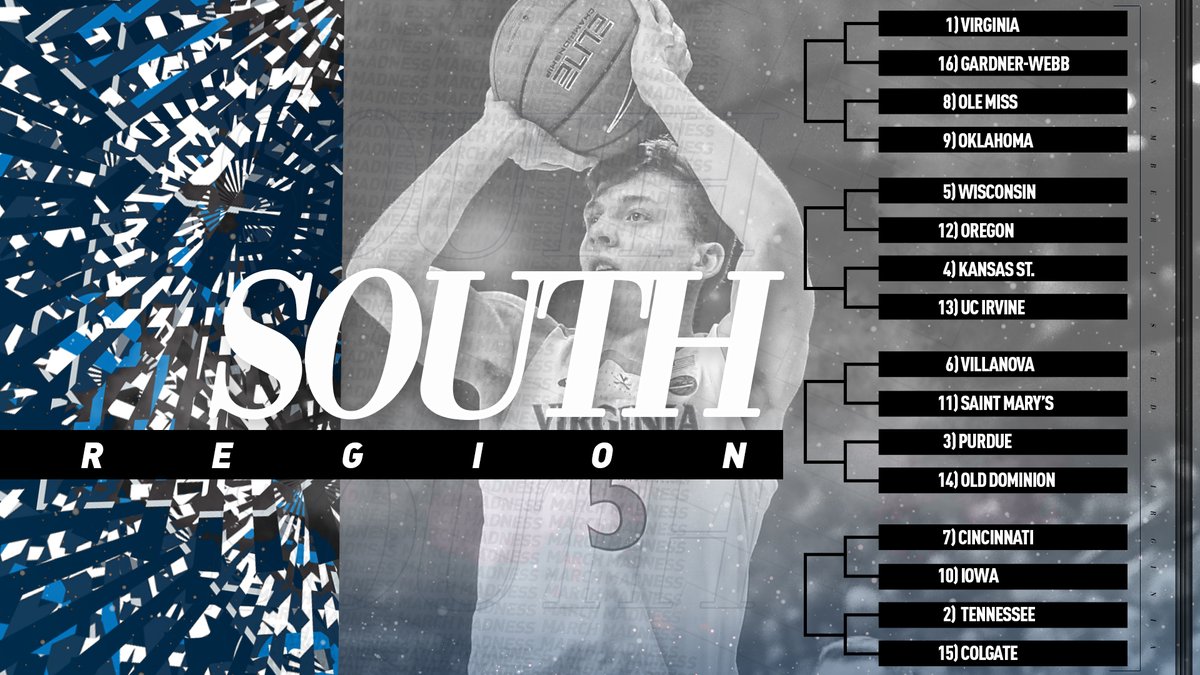