The third No. 1 seed in the NCAA tournament is North Carolina, the ACC regular season co-champion who swept Duke during the regular season before falling to the Blue Devils in the semifinals of the ACC tournament. The Tar Heels were one of the hottest teams in the country down the stretch of the regular season, and they get Iona in the first round.

The No. 4 seed is where this region gets interesting, as Kansas is slotted in that spot. Not only does this create a potential matchup between the Kansas Jayhawks and their former head coach, Roy Williams, but it also pits the Tar Heels playing what will amount to a road game, taking on the Jayhawks in Kansas City. Kansas has to get past a sneaky-good Northeastern in the first round.

No. 5 seed Auburn has been on fire, winning the SEC tournament title by taking out Tennessee in the title game, but they are going to have their work cut out for them in the first round, taking on a very good New Mexico State team on the No. 12 seed line.

Kentucky is the No. 2 seed in the Midwest, and they will be locking horns with Abilene Christian in the first round. The Wildcats had a shot at getting a No. 1 seed until they lost to Tennessee in the SEC tournament semifinals. The other two teams in their pod will be No. 7 seed Wofford and No. 10 seed Seton Hall, giving us a matchup of Myles Powell and Fletcher Magee. Worth noting —  Seton Hall beat Kentucky earlier this season.

Houston is the No. 3 seed in the Midwest, getting a date with a good Georgia State team in the first round of the tournament, and if they win, they will draw the winner of No. 6 Iowa State and No. 11 Ohio State. The Buckeyes are one of the last at-large teams in the field, while the Cyclones may be the most interesting team on this side of the bracket. Beyond the simple fact that the Cyclones travel as well as anyone in that part of the country, they are super-talented and playing their best basketball of the season right now. Iowa State won the Big 12 tournament title on Saturday.

Here is the bracket: 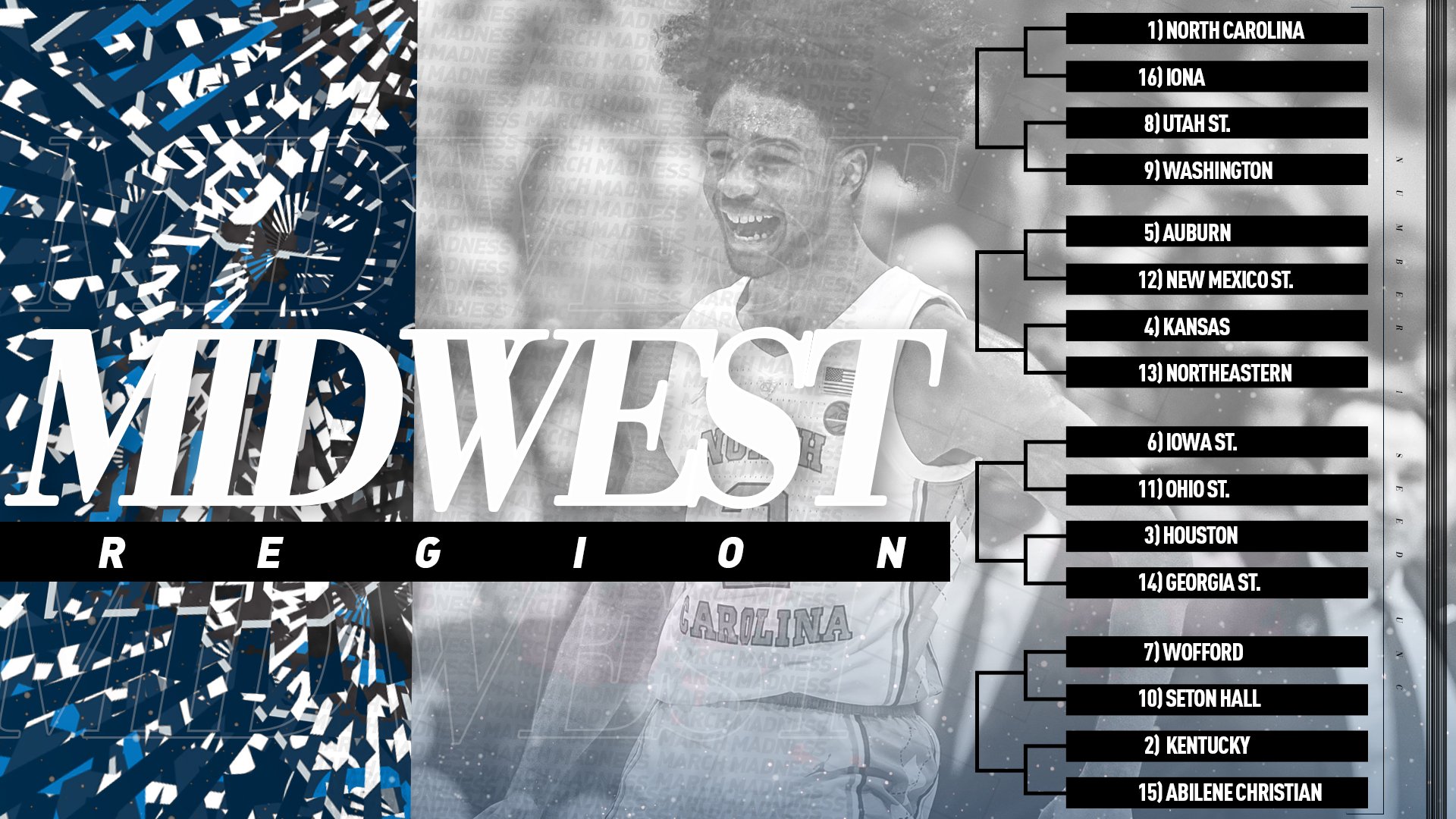