There is no shortage of incredible storylines in the East, starting with the best of all: A Pitino vs. Louisville.

The Louisville Cardinals and new head coach Chris Mack earned themselves a No. 7 seed, where they will be taking on No. 10 seed Minnesota, a program out of the Big Ten that is pretty talented. But that’s not what anyone will be talking about.

Because this is the game that features Richard Pitino, the son of Rick Pitino, taking on the same Louisville program that just 18 months ago fired his father. The Pitino Revenge Game will be for all the drama!

The winner of that game will likely take on No. 2 seed Michigan State, who won a share of the Big Ten regular season title as well as the Big Ten tournament title, but could not get into the top seed line.

The No. 1 overall seed belongs to Duke, who will head to the East Region, making their wya from Columbia, S.C., to Washington D.C. The Blue Devils will get the winner of North Carolina-Central and North Dakota State.

The 8-9 game in the East features VCU and UCF, two teams from outside the power conference structure that did not lock up at-large bids until late in the season.

The No. 5 seed is Mississippi State, and they draw Liberty, the second-lace finisher in the Atlantic Sun, but the most interesting game in the first round in the East Region is the 4-13 game. Virginia Tech, the No. 4 seed, will face off with Saint Louis, a talented and athletic team that won the Atlantic 10 tournament title for an automatic bid.

LSU is the No. 3 seed in the East. They will be playing No. 14 seed Yale in the first round, which creates an interesting matchup here. For starters, the Bulldogs are definitely capable of beating this LSU team — they have an NBA player on their roster — as the Tigers will likely be playing without their head coach, Will Wade. It’s also the battle of New Haven; Tremont Waters is from the same city that Yale calls home.

The 6-11 game will also be interesting. Maryland landed the No. 6 seed in the East, and they will play the winner of a second play-in game — Belmont and Temple. The Bruins were the mid-major team that every expert had been stumping to see get an at-large, and they will have a chance to prove they deserved to get into the tournament against Temple. The Owls will be looking to make a run in the final season of Fran Dunphy’s career. 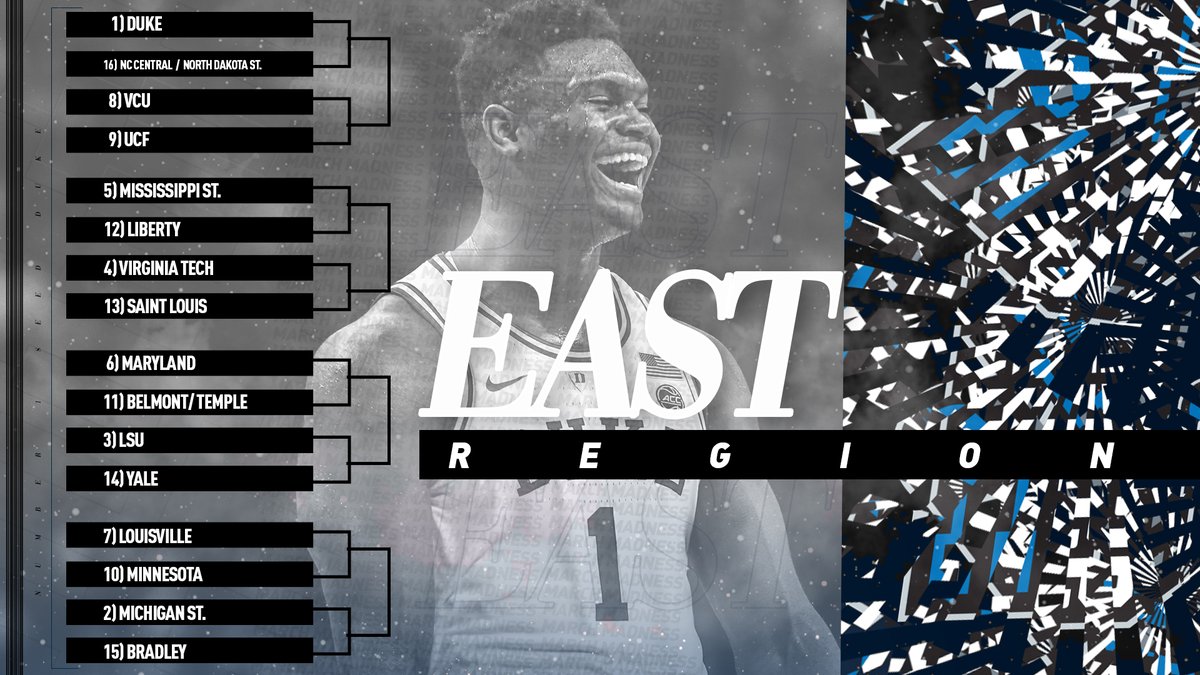