Bid Thievery is defined by Webster’s Dictionary as the act of winning an automatic bid to the NCAA tournament at the cost of a team that is a lock to get an at-large, thus robbing the field of one of the available at-large bids.

It’s not a criminal act.

In fact, in a year like this, where the bubble is weaker than wet toilet paper, these Bid Thieves will be doing America a favor.

For every successful heist, there will be one less 14-loss high major team backing their way into a bid.

So with that in mind, these are the leagues — and the teams — that you need to be the most concerned about if you happen to be a fan of a program that has spent the last three weeks on all over bubble watch.

NOTE: We are not discussing the MAC, the Atlantic 10, the Mountain West or (yes) the Pac-12 here because their regular seasons have not yet come to a close. 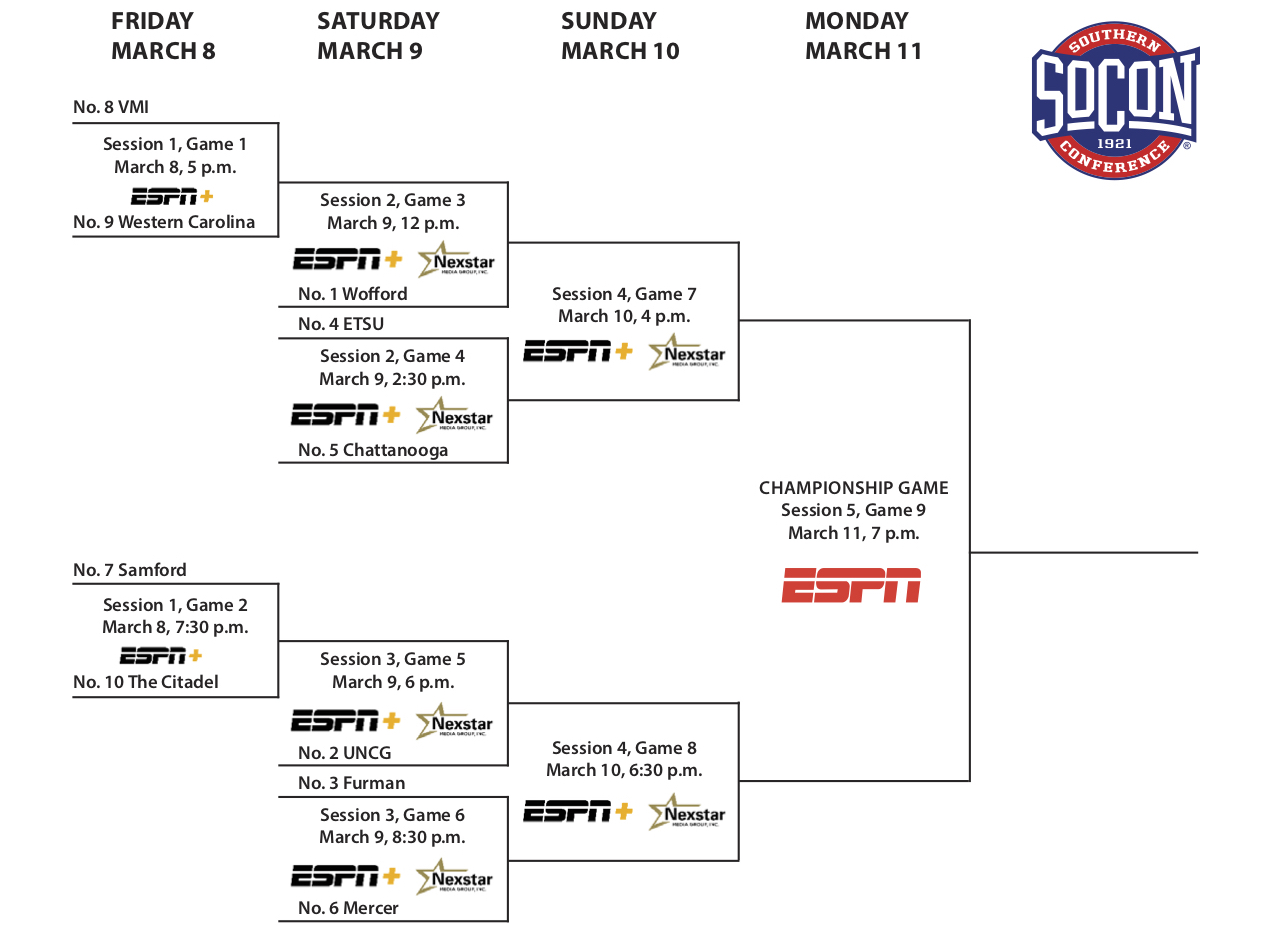 At this point, WOFFORD (NET: 14) is not only a lock to get a bid to the NCAA tournament, they are a lock to end up as a single-digit seed.

But what makes the SoCon so interesting is that there are three other teams in that league that are currently top 70 teams in the NET. The Pac-12, by comparison, has just three teams sitting in the top 70 as of today.

If there is a saving grace here for bubble teams, it’s that UNC GREENSBORO (NET: 58) and FURMAN (NET: 44) are the No. 2 and 3 seeds, respectively, which means that they won’t get a shot at Wofford until the title game. Both UNCG and Furman have put together resumes that are strong enough to be in consideration for an at-large but are probably not going to be strong enough to get them an at-large bid. UNCG has not lost to anyone outside of Q1, but their best win on the season came at EAST TENNESSEE STATE (NET: 66). Furman, on the other hand, does have a win at Villanova, but they also lost at home to Samford which, when combined with an unimpressive non-conference SOS, has them seemingly destined for the First Four Out along with UNCG.

Those two will have to face off in the semifinals before getting a shot at Wofford which means that they will not be able to drastically improve their tournament resume without also winning the automatic bid. ETSU is not going to be in the mix for an at-large even with a win over Wofford.

So the dream of a three-bid SoCon is DOA.

But the conference is certainly good enough — and, I’d argue, more than deserving — of getting a second team into the field.

Here’s to hoping one of UNCG, Furman and ETSU finds a way to hand Mike Young, Fletcher Magee and the Terriers their first loss since Dec. 19th. 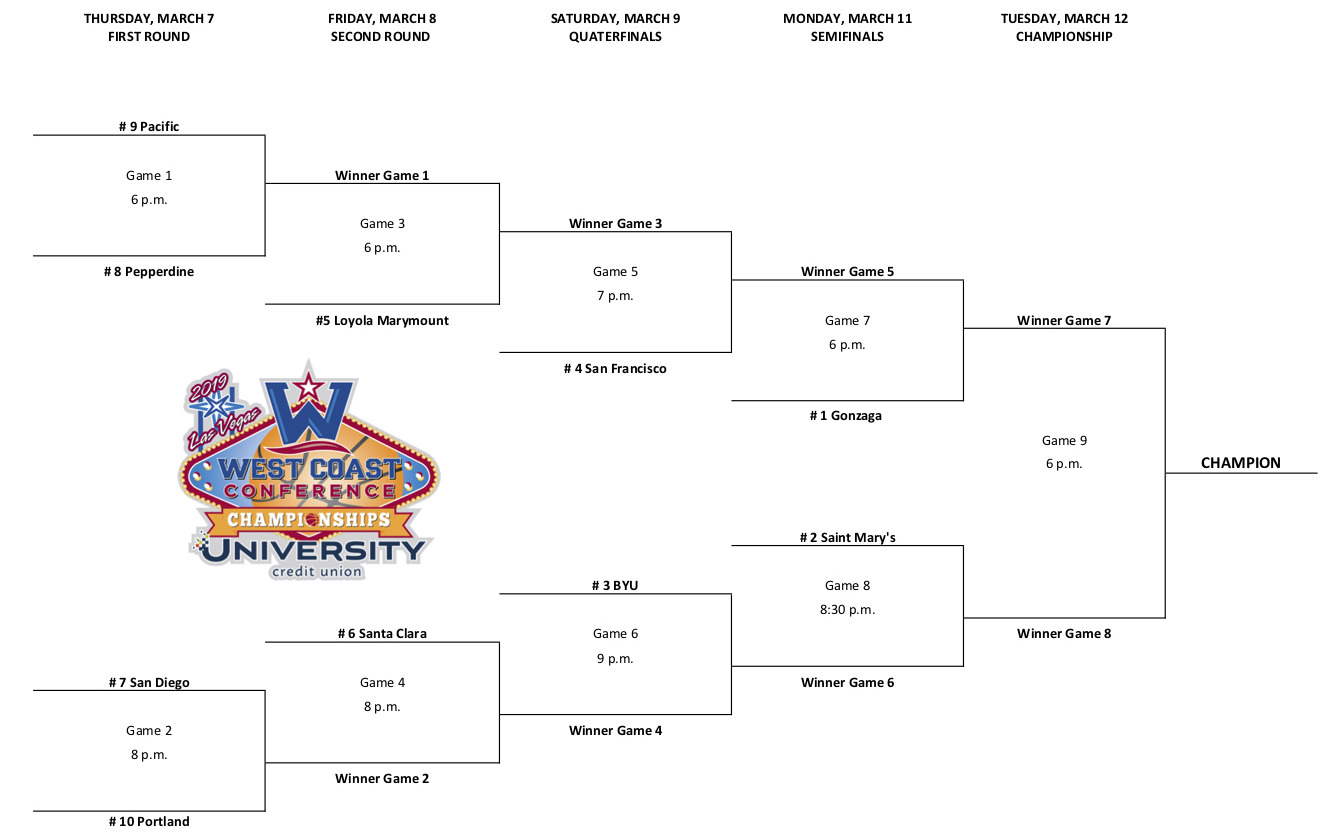 As weird as this will sound logically, GONZAGA (NET: 1) was able to steamroll their way through the WCC without even playing a game that ended in single digits is not evident of just how good the conference was this season.

Because there are some really good teams in the league, even if they SAINT MARY’S (NET: 38) and BYU did not do enough to get themselves into the at-large discussion.

For my money, it is the No. 2-seed Gaels that actually have a good chance of finding a way to pick off the Zags in Vegas this weekend. For starters, they are only going to have to win one game to get to the finals, thanks to the way that the WCC tournament bracket is shaped. But they are also the best team in the league not named Gonzaga. Jordan Ford is a Patty Mills clone, is capable of putting up 30 on any given night and has a real chance to end up being an NBA player. Throw in the likes of Malik Fitts and Jordan Hunter, and Randy Bennett has some really good pieces that are starting to play their best basketball. They’ve only lost twice since January 26th, and both of those losses came to the Zags. On Saturday, they led Gonzaga into the second half before losing control of the game.

They can certainly get the job done.

The other team to keep an eye on is SAN FRANCISCO (NET: 67). The Dons gave Gonzaga all they could handle at home this year, losing 96-83 in a game that was tied with two minutes left. They have a terrific senior point guard in Frankie Ferrari, some length and athleticism along their front line and one of the best young coaches on the west coast in Kyle Smith. As the No. 4-seed, they’ll get their shot at the Zags in the semifinals, assuming they handle their business in the quarterfinals. 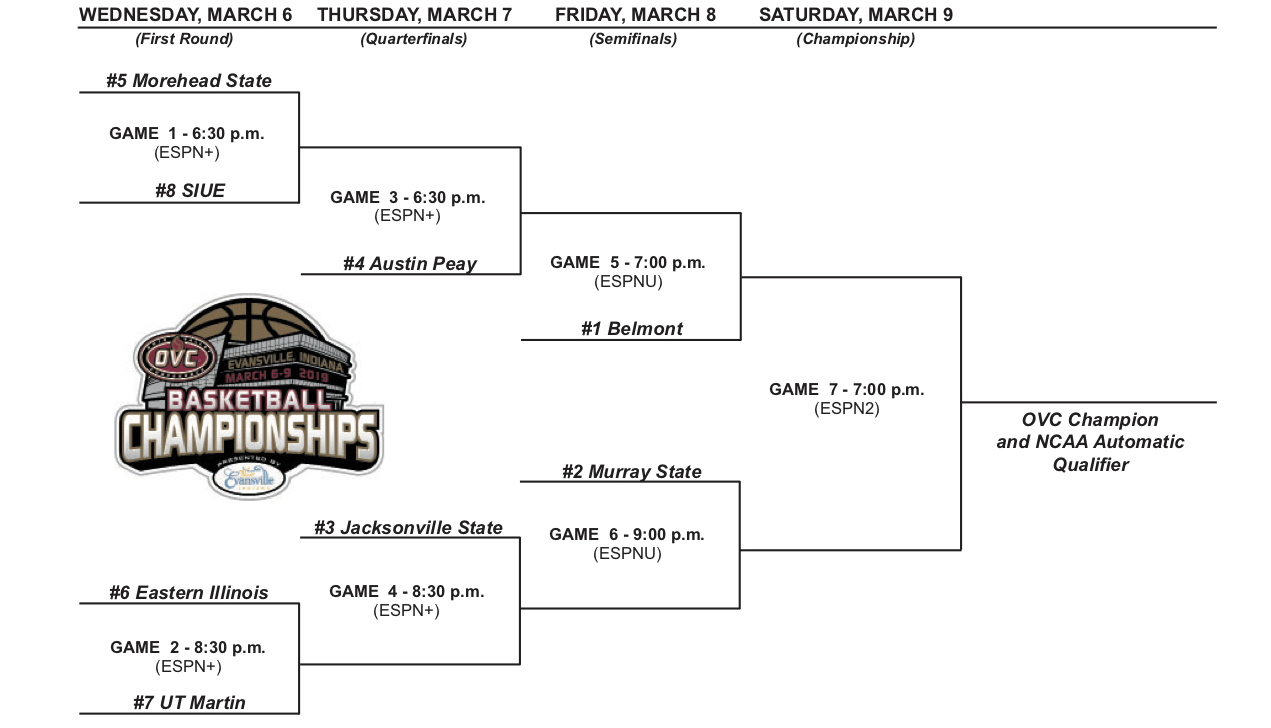 Unfortunately, there is likely only one way for the OVC tournament to play out in a way that will get two teams to the NCAA tournament: No. 2-seed MURRAY STATE (NET: 50) needs to beat No. 1-seed BELMONT (NET: 45) in the finals, and even that might not be enough to get the job done.

The reason for that is that neither the Bruins nor the Racers have a profile that is strong enough to make us believe the committee is going unquestionably to put them in the field.

Of the two, Belmont’s resume is stronger because they have some really good wins. They swept Lipscomb (46), won at Murray State (50) and beat UCLA in Pauley Pavilion (109). They are 2-1 in Q1 games and 5-2 against Q1 and Q2 opponents. The problem is that they have three losses to sub-130 opponents, getting swept by Jacksonville State (134) and falling at Green Bay (221). They definitely will not be surviving a loss to anyone in the league other than Murray State, and that’s largely because falling to the Racers on a neutral court will likely end up as a Q1 loss.

Murray State, on the other hand, has basically no chances of getting an at-large bid. They’ve only played two Q1 games all season long and lost them both. Of the three Q2 games that they played, two of them were road games against sub-130 opponents. Their best win on the season is at Austin Peay (133). Unless the committee decides that having a top five pick in Ja Morant on the roster is a new criteria for selection, they’ll be drawing dead without an automatic bid.

One thing to note: JACKSONVILLE STATE (NET: 134) is 3-0 against Murray State and Belmont this season and is coached by Ray Harper, who made a habit of getting Western Kentucky to the NCAA tournament when they had no business getting there. At +800, they are my favorite longshot bet to win a conference tournament. 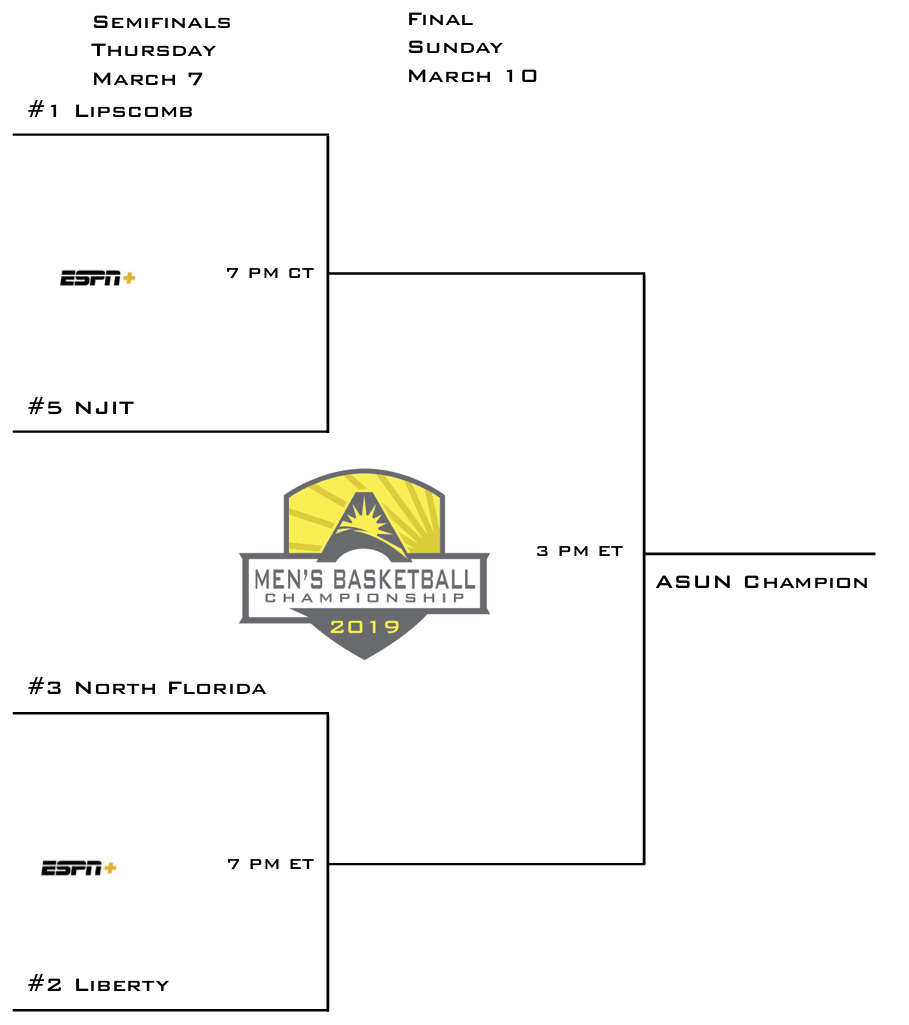 The only team in the Atlantic Sun with a real chance of getting an at-large bid to the NCAA tournament is LIPSCOMB (NET: 46), but even that is something of a longshot at this point. They have an ugly loss at FGCU (227) to their name, which is likely enough to make the committee overlook the work that the Bisons did in the non-conference — they won at TCU (54) and at SMU (114) and also beat Liberty (62) on the road.

But there is always a chance, particularly in the committee makes the decision that mediocre power conference teams don’t deserve to dance with a 6-12 record in conference play.

Which leads me to LIBERTY (NET: 62). The Flames are dangerous. Like Belmont, they have a win at Pauley Pavilion. They beat Lipscomb in Lynchburg. They have won 18 of their last 20 games after beating Jacksonville in the quarterfinals of the Atlantic Sun tournament. And if they are the ones to beat Lipscomb in the title game, then there will be a chance that a two-bid Atlantic Sun happens.