The wild opening weekend of the 2018 NCAA tournament is finally in the books.

The bracket officially turns its attention to the Sweet 16 and Elite Eight this week as teams are trying to punch tickets to San Antonio during an especially wide-open year.

Major upsets, double-digit seeds advancing into the Sweet 16 and the loss of all four top seeds in the South Regional means there’s still plenty of action to watch over the next several weeks.

Here’s how the updated bracket looks after the first weekend of March Madness. 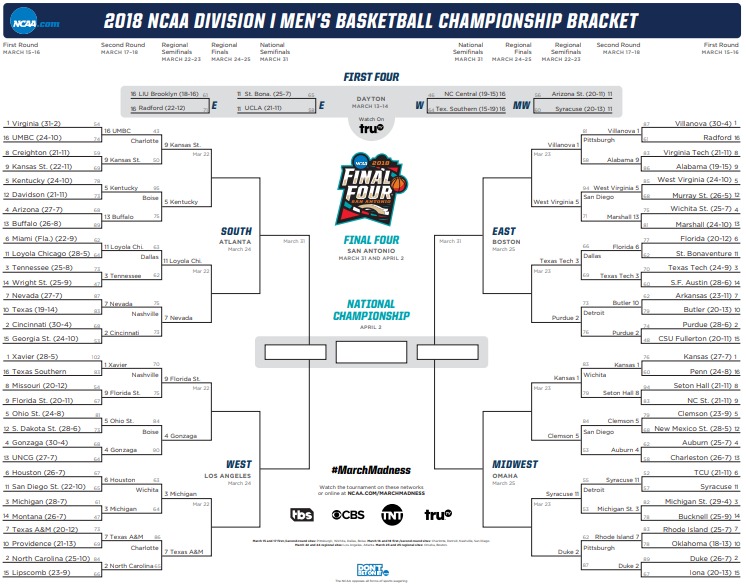