Let’s get something out there before we even start to dive into this discussion: Chimezie Metu is not doing anything wrong.

He’s probably heading to the NBA after this season. He doesn’t want to jeopardize any chance that he has of getting drafted by injuring himself in a tournament that no one actually cares about. How many people knew that the NIT started last night, let alone actually watched one of the games?

So the fact that he made a business decision to protect the thing that is going to make him money — his health, his athletic ability — while playing the sport at a level that does not pay him is absolutely, 100 percent justified.

To be frank, I don’t have the time or energy to argue with people that will disagree about this, so I’ll just make this point: Even something as simple as a sprained ankle could severely impact Metu’s chances of getting drafted in the first round. He needs to be 100 percent as he goes through those workouts and tries to earn a spot in the draft and on an NBA roster.

I have zero issue with his decision.

In fact, I applaud.

And don’t be afraid to light a few people up on the way out: 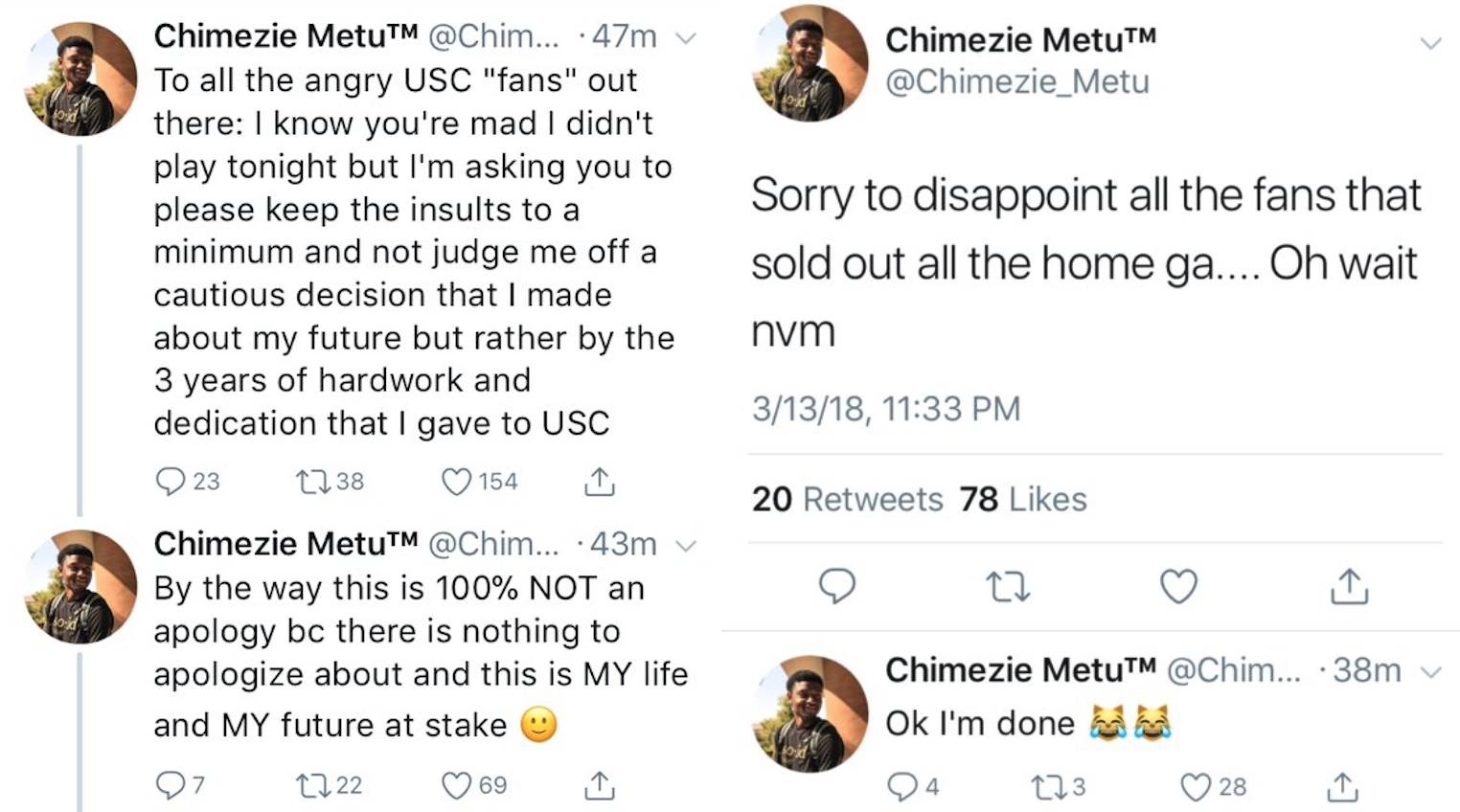