There was a funny moment in the second half of Virginia Tech’s win over No. 10 North Carolina on Monday night.

With the Hokies leading the Tar Heels and less than 12 minutes left on the clock, VT head coach Buzz Williams strolled on the court to high-five his players after a foul was called. There was just one problem: It wasn’t actually a TV timeout.

The mixups seems to stem from referee Michael Stephens, who apparently told Buzz that the TV timeout would be taking place on that whistle.

It doesn’t make the moment Buzz realized what was happening any less funny: 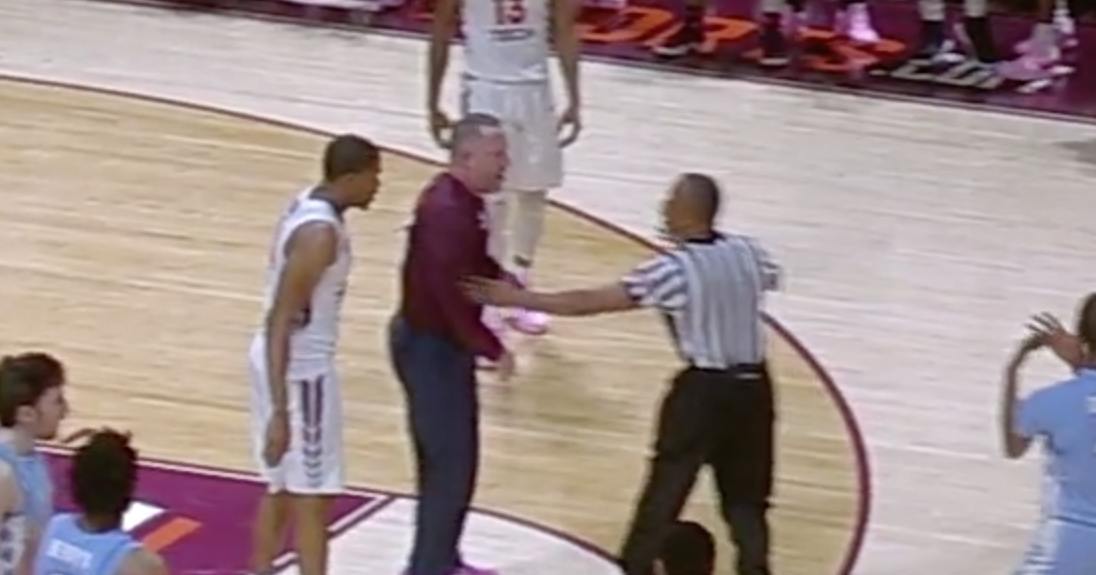