BROOKLYN — Saturday afternoon’s game between No. 25 Alabama and No. 14 Minnesota went from being a complete snoozefest to going completely off the rails.

Midway through the second half, after Minnesota’s Nate Mason crossed over Alabama’s Collin Sexton, making him fall before burying a three, the two starting jawing and earned double-technicals. Then Mason was given another technical, along with head coach Richard Pitino.

On the possession after Alabama shot four free throws, a fight broke out under the Alabama basket. Every player on the Alabama bench left the bench, meaning that all five of them — Donta Gall, Alex Reese, Daniel Giddens, Avery Johnson Jr. and Herbert Jones — were ejected. Two possessions later, Dazon Ingram picked up his fifth foul of the game. Two possessions after that, John Petty hurt his right ankle and had to be carried off the floor.

The Crimson Tide were forced to play the final 10 minutes with just three players: 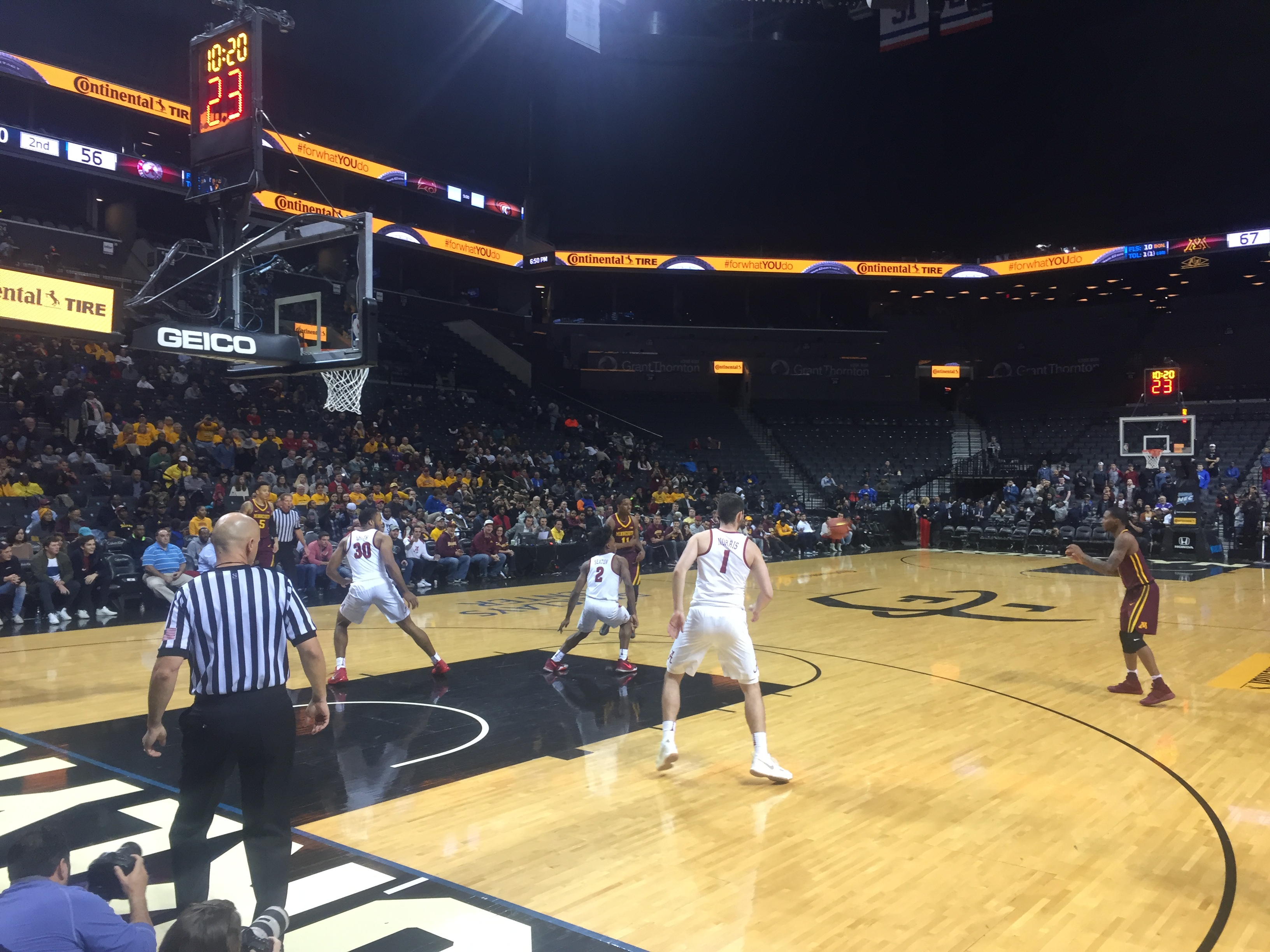 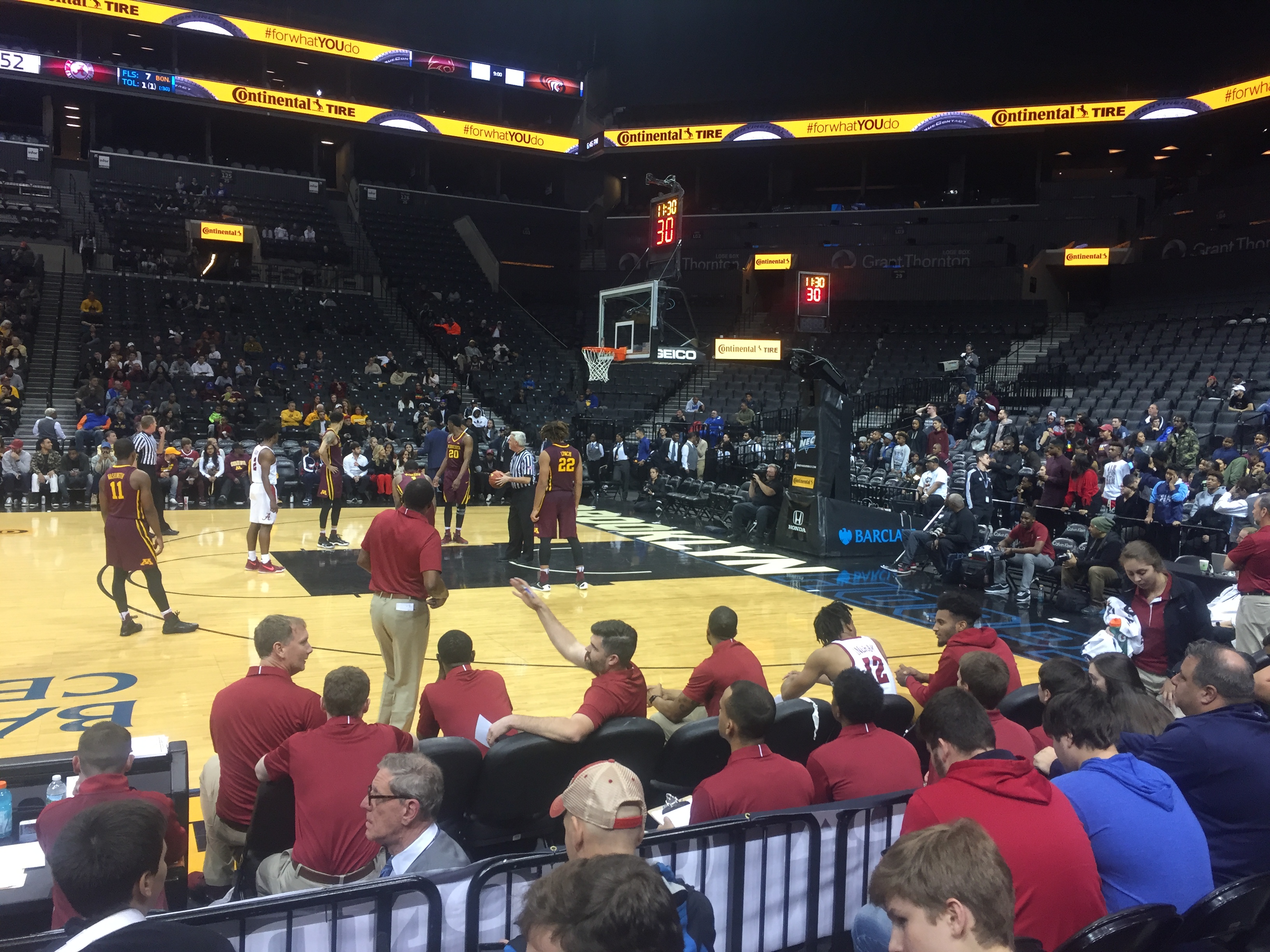 “By rule, whenever a potential situation occurs on the court, no player may leave the bench area,” read a statement from the referees given to a pool reporter. “If they do leave the bench area and don’t participate in the altercation that’s going on then they are ejected from this contest and there’s no further penalty, which is what happened. They all came onto the court. We went to the monitor and reviewed all of that. Based on the views that were given us it showed all of their players on the bench, came off the bench onto the court. The views we were given we didn’t see anyone from the Minnesota bench come onto the floor.”

The Minnesota bench was directly in front of me, and no one from that team left the bench. One player attempted to and was quickly told by an assistant to, “sit the **** down.”

The referees were also asked what it was like to officiate a game that was played as a 5-on-3, and they declined comment. 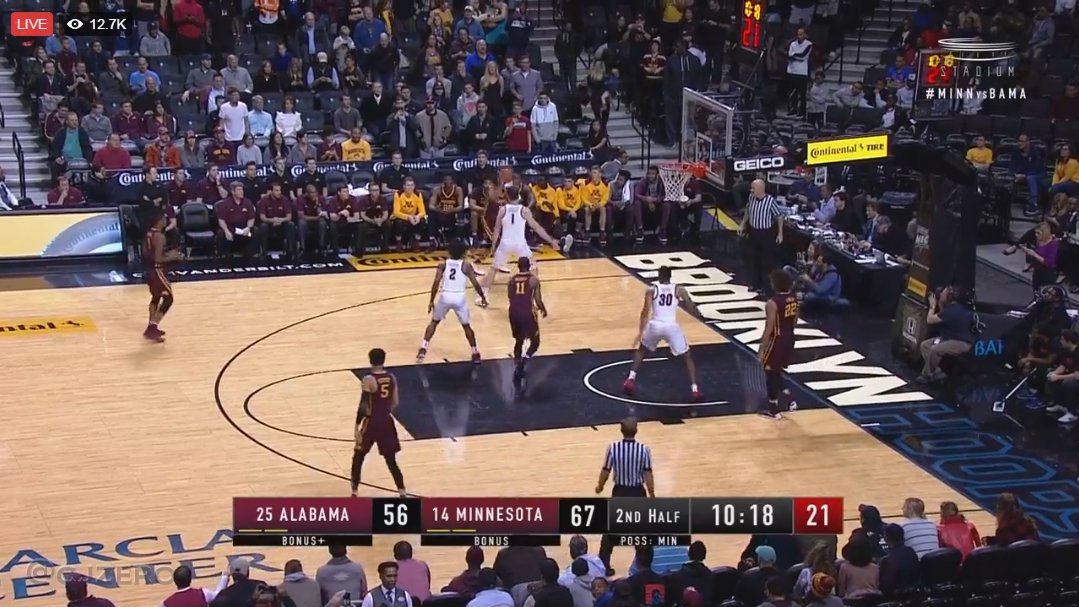 But here’s the craziest part: Alabama made a game of it!

Playing against that 1-2 zone, Minnesota went completely passive while Sexton went crazy. He finished with 40 points, 26 of which came after the fight. Sexton scored 19 points in the final 10:41, when the Tide were limited to just three players. Alabama at one point cut Minnesota’s lead to 83-80 and had possession with a chance to tie.

The Gophers would, mercifully, go on to win, 89-84, but I don’t think anyone actually cares about the final score.

“I’ve never ever seen that in my life,” Pitino said. “Never.”

“That was probably one of the most bizarre things I’ve ever been a part of in college basketball,” Minnesota’s Jordan Murphy, who finished with 19 points and 14 boards, said afterwards. “I never had this in AAU. You probably have to take it all the way back to elementary school.”

“We don’t practice much 5-on-3 offense,” Richard Pitino added, and why would he? This is not normal, and the way that Alabama was defending — essentially daring Minnesota to shoot wide open jump shots — took away any aggressiveness that the Gophers had. It was as if they expected Alabama to roll over and die when the Tide were simply hoping that Minnesota missed some shots.

“I was easier when it was 5-on-4,” Pitino said. “I did a very bad job the last 13 minutes, and I have no answers on how I could have done a better job there.”

Odds are good he’ll never have to do it again.

In a game that was played in a pro sports town while both the Alabama and Minnesota football teams were getting smacked around by their arch-rivals, the basketball teams playing a meaningless showcase game that became the wildest story in sports.

Attention: Alabama is currently down to only three players pic.twitter.com/EGFysMx386