Dayton’s Sam Miller is going to wish that he just slept this one off.

Miller was arrested on Sunday for disorderly conduct and underage drinking and compounded those legal issues by getting into a fight in Greene County Jail in Ohio, landing himself an assault charge in the process. He appeared in court on Monday.

“The University of Dayton is aware of an incident, but cannot discuss individual student matters because of federal privacy laws,” Dayton Athletic Director Neil Sullivan said in a statement on Tuesday. “With all student conduct matters, the University responds in accordance with the University’s Student Code of Conduct and other applicable standards.”

It started at a bar in Beavercreek where, according to a police report obtained by the Dayton Daily News, Miller reacted to being cut off by the bartender by knocking all of the glasses on the bar on the floor. He was thrown out of the bar, the report says, where he became violent with the bouncer and police officers outside.

He was eventually taken to jail, where he allegedly urinated in the corner of the room that he was placed in. When he was moved to a holding cell with another inmate, Miller started a fight by slapping that inmate. He would eventually lose that fight, taking a few punches to the head before getting knocked into a bench while wearing nothing but his boxers.

Video of the fight was caught on camera:

The Dayton Daily News published an extended version, which included an image of a bloodied Miller being led out of the cell: 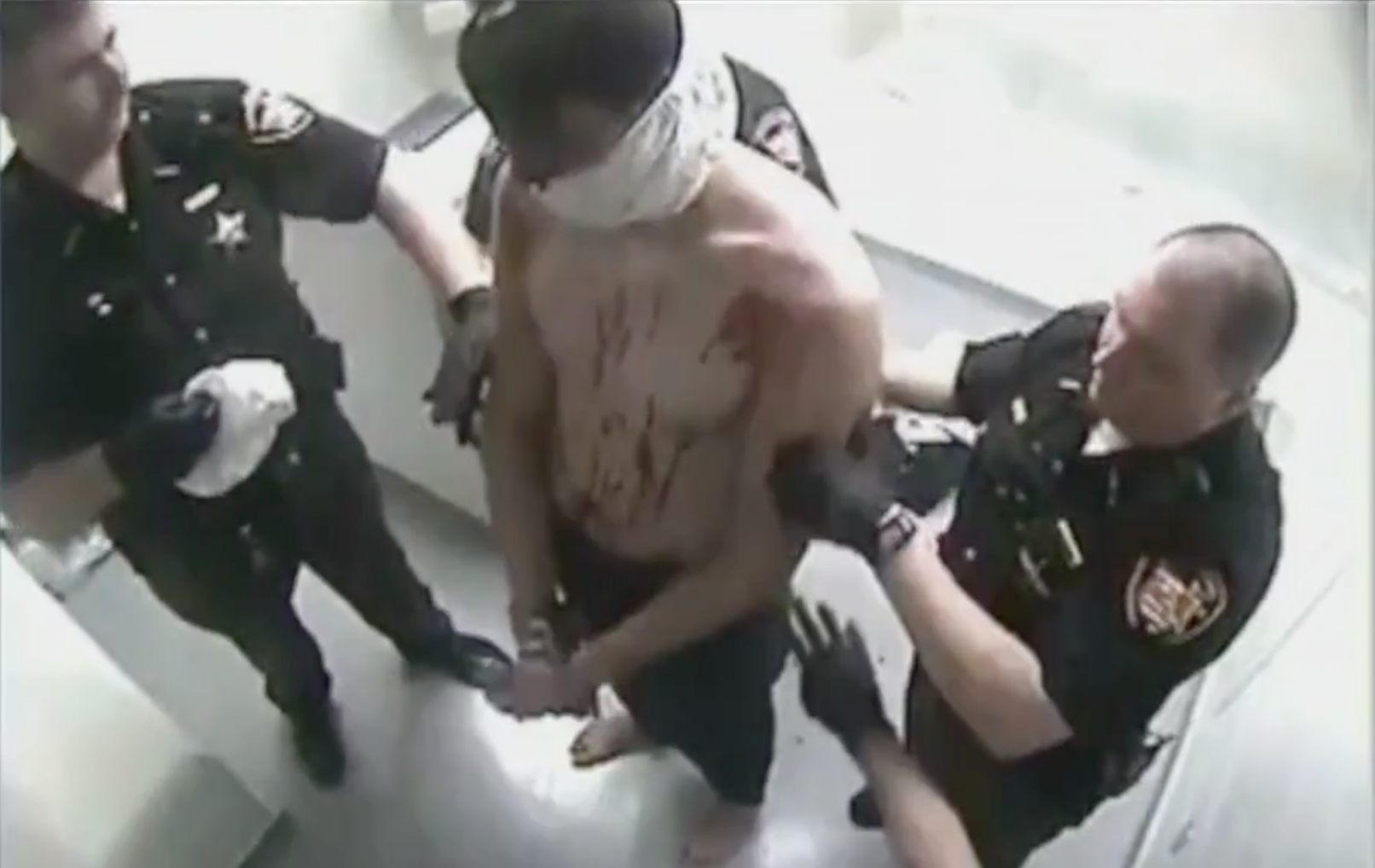