In a showcase game in the adidas Uprising event in Las Vegas on Wednesday night, LaMelo Ball — the youngest member of the Big Baller Brand — faced off with Zion Williamson, who is a force on youtube and a highlight machine.

The crowd was insane for the game:

I'm upstairs with LaMelo Ball. And there is a crowd of kids trying to barge up just to see him. They're chanting "Melo! Melo!" Nutty scene. pic.twitter.com/JoQ1YR8DAD

LaMelo Ball and Zion Williamson warming up. The game is getting played unless something changes. pic.twitter.com/VrdevwWKf1

Peep how long the line is outside the gym for tonight's LaMelo Ball vs Zion Williamson face-off in Las Vegas.

According to a report from ESPN, there were even concerns about whether or not the game would actually be allowed to be played; the police and fire marshall considered shutting the event down.

Williamson, of course, put on a show in warmups:

Zion Williamson putting on a show in pregame. pic.twitter.com/lOhVFOll83

At the time of this posting, there were more than 60,000 people watching a livestream of the game on BallIsLife’s facebook page: 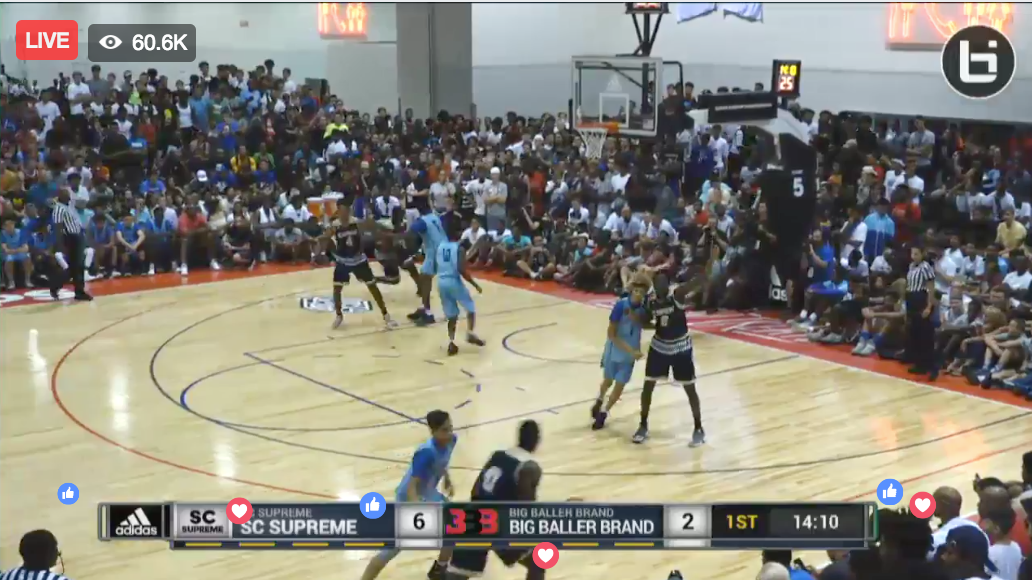