The brackets for the one-time-only PK80 Invitational Tournament, a celebration of Phil Knight’s 80th brithday, in Portland in November have been released.

Well, I guess I should phrase that as “tournaments”, because the event will feature two eight-team brackets that don’t crossover. It’s kind of stupid, I know, but teams from the same conference are not allowed to be in the same early season event. This was the only way to get 16 teams into the event without having to mine the likes of the Horizon League and the Summit League to fill the field.

Anyway, here are the brackets, and there are some intriguing games here. Texas-Butler should be good, UConn-Oregon has some potential and Arkansas-Oklahoma will feature two teams that are better than you realize.

The biggest takeaway from all of this?

These fields seemed a lot more impressive when the tournament was announced way back when than they do now. I guess that’s what happens when the likes of UConn, Ohio State and Georgetown fall off while Oregon and Gonzaga enter something of a rebuilding year. 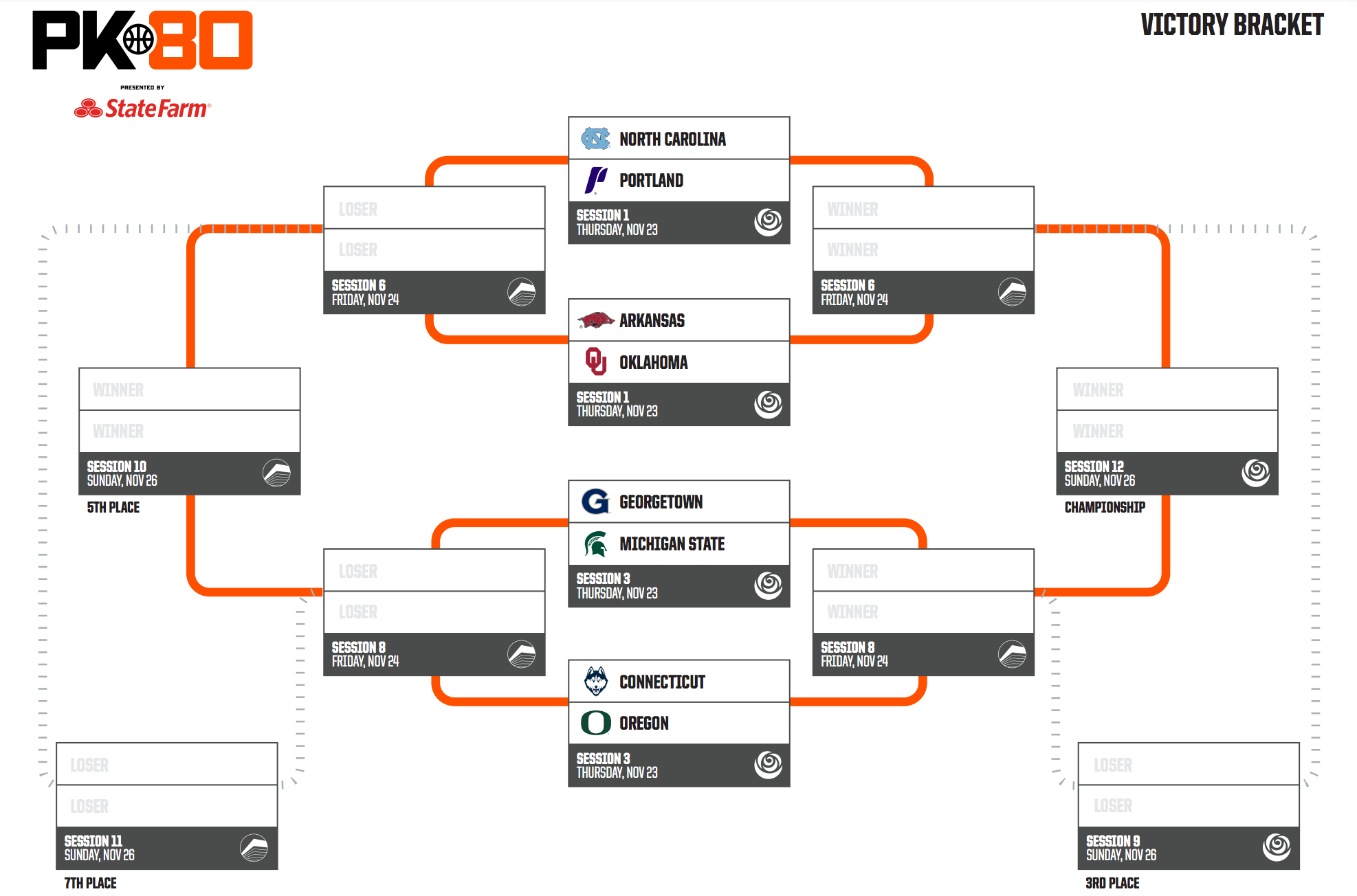 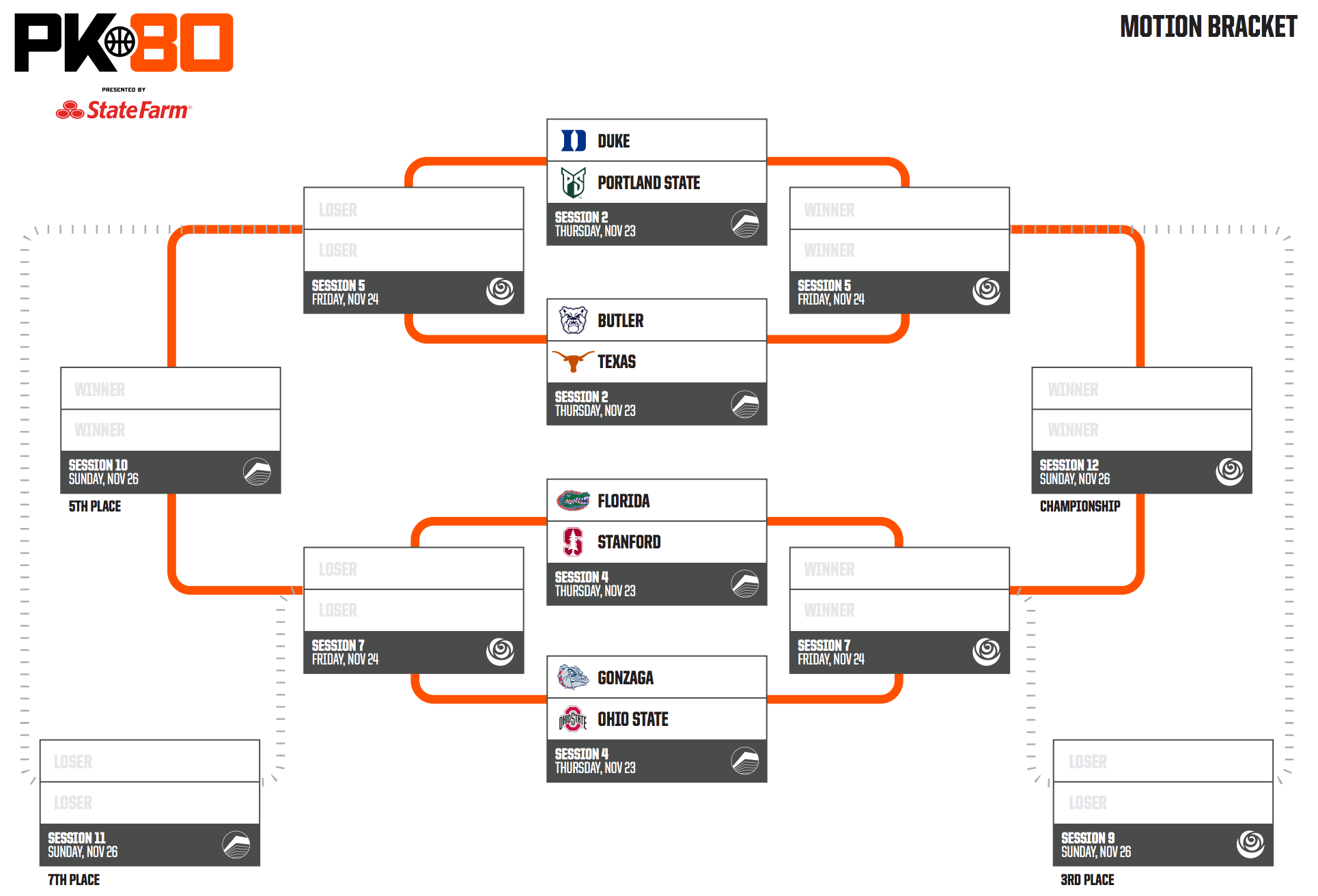