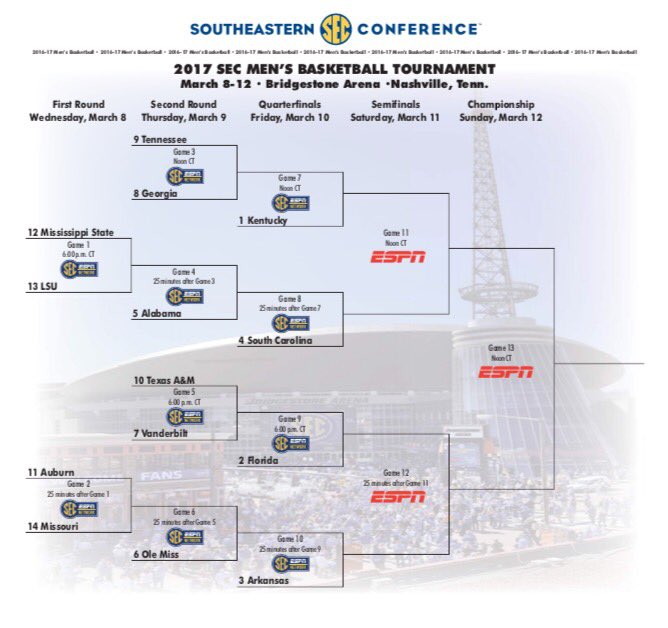 The SEC tournament got some luck with Florida and Kentucky ending up on the opposite sides of the bracket, meaning that the two best teams in the league likely won’t meet until the final. What will be interesting, however, are the SEC’s bubble teams. Vanderbilt and Georgia actually got pretty favorable brackets if they’re going to put together a run that would garner them enough wins to get an at-large bid.