Indiana, a team that owns wins over No. 3 Kansas and No. 12 North Carolina, needed three overtimes and a career-high 31 points and 11 boards from Thomas Bryant to get past Penn State at home on Wednesday night.

A loss would have been all kinds of disastrous for Indiana, even if it came without O.G. Anunoby and James Blackmon Jr. It would have put them in a situation where getting into the NCAA tournament would be a real question mark – it still may be – and the flame under Tom Crean’s seat would have only gotten hotter.

And while the Hoosiers survived, did they deserve it?

At the end of the first overtime, Josh Newkirk scored on a buzzer-beating layup that tied the game and forced a second overtime. The shot was as close to coming after the buzzer as humanly possible.

Did he beat the clock?

And here’s a screengrab of the moment when the ball finally left his fingertips: 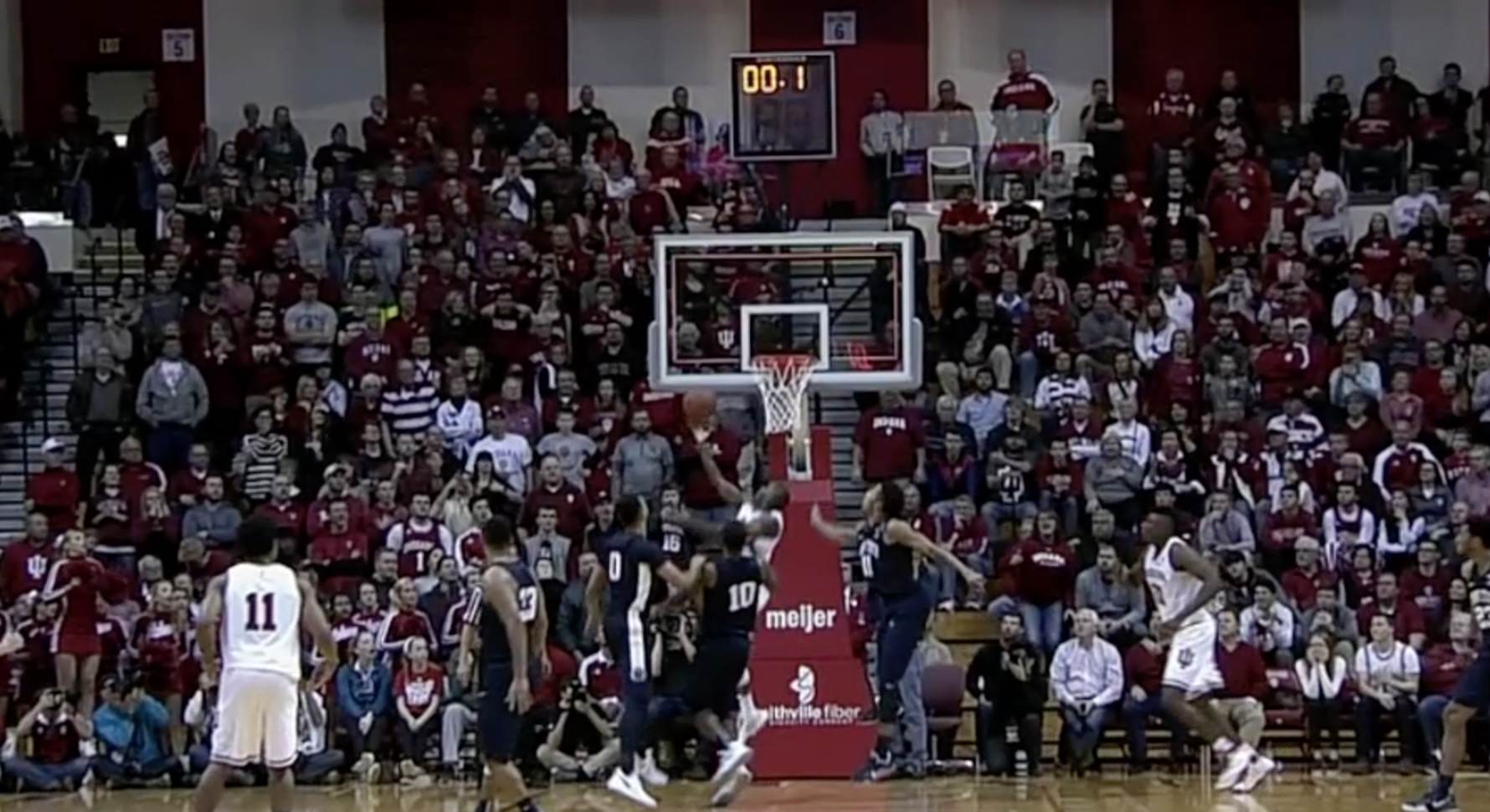 You make the call. Should this basket have counted?