During Duke’s 93-82 win over Boston College on Saturday afternoon, Allen, who served a one-game suspension this season for his third tripping incident of the 2016 calendar year, had another issue with a limb that has a mind of its own.

Allen was guarding a player who dribbled off of a ball-screen. When the screener makes contact, Allen’s left leg pops up in the air. You can see the video below:

Did Grayson Allen try to trip someone again? https://t.co/ptj70sP8bE pic.twitter.com/CZtFKVpAcy

If it was literally anyone else in college basketball, this would be a complete non-issue. A dude gets hit by a screen, he gets knocked off-balance and his leg goes up in the air. If you had no idea what Grayson Allen’s history is, you wouldn’t think there was anything here.

But there is a track record here.

And this movement doesn’t look natural at all. When contact with the screener is made, all of his weight is on his left foot.

It would be nice to think Allen isn’t dumb enough to try and trip a player again – and, frankly, assuming this is intentional, it looks more like an attempted Draymond than a trip – but at this point, how can anyone give him the benefit of the doubt?

Connar Tava doesn’t think so. He’s the guy that set the screen. This is what he had to say: 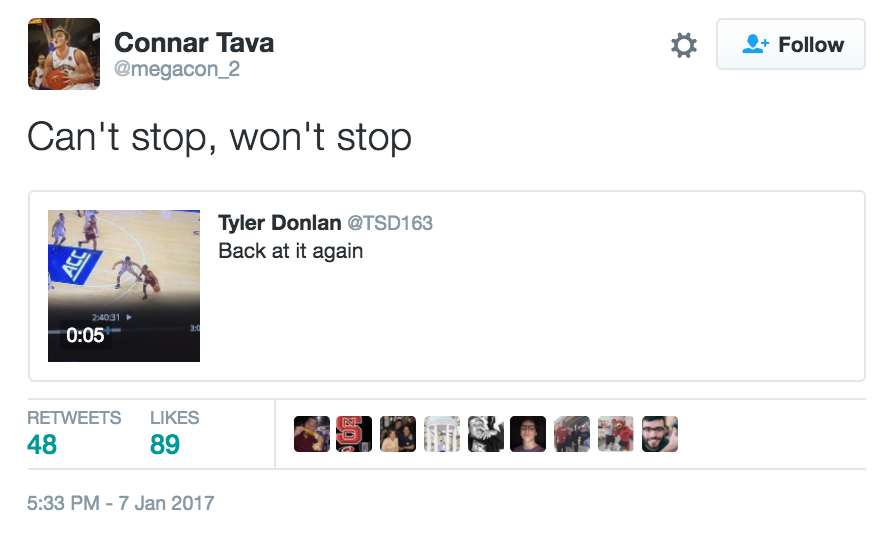