Syracuse took on their former archrival Georgetown on Saturday in the Carrier Dome, and given that they were reigniting what was the most heated rivalry in the old Big East, the Orange opted to honor one of their most popular and famous former players with Pearl Washington Day.

Pearl passed away last year after succumbing to a battle with brain cancer.

To honor him, Syracuse held a ceremony at half time, including the video you see above.

They also unveiled Pearl’s No. 31 in the middle of the ‘S’ at center court in the Carrier Dome. An awesome, unique way to celebrate a guy that, in many ways, launched the Cuse program to another level:

New addition to the court to remember Pearl. #RememberingPearl pic.twitter.com/JeAdcdl8bi 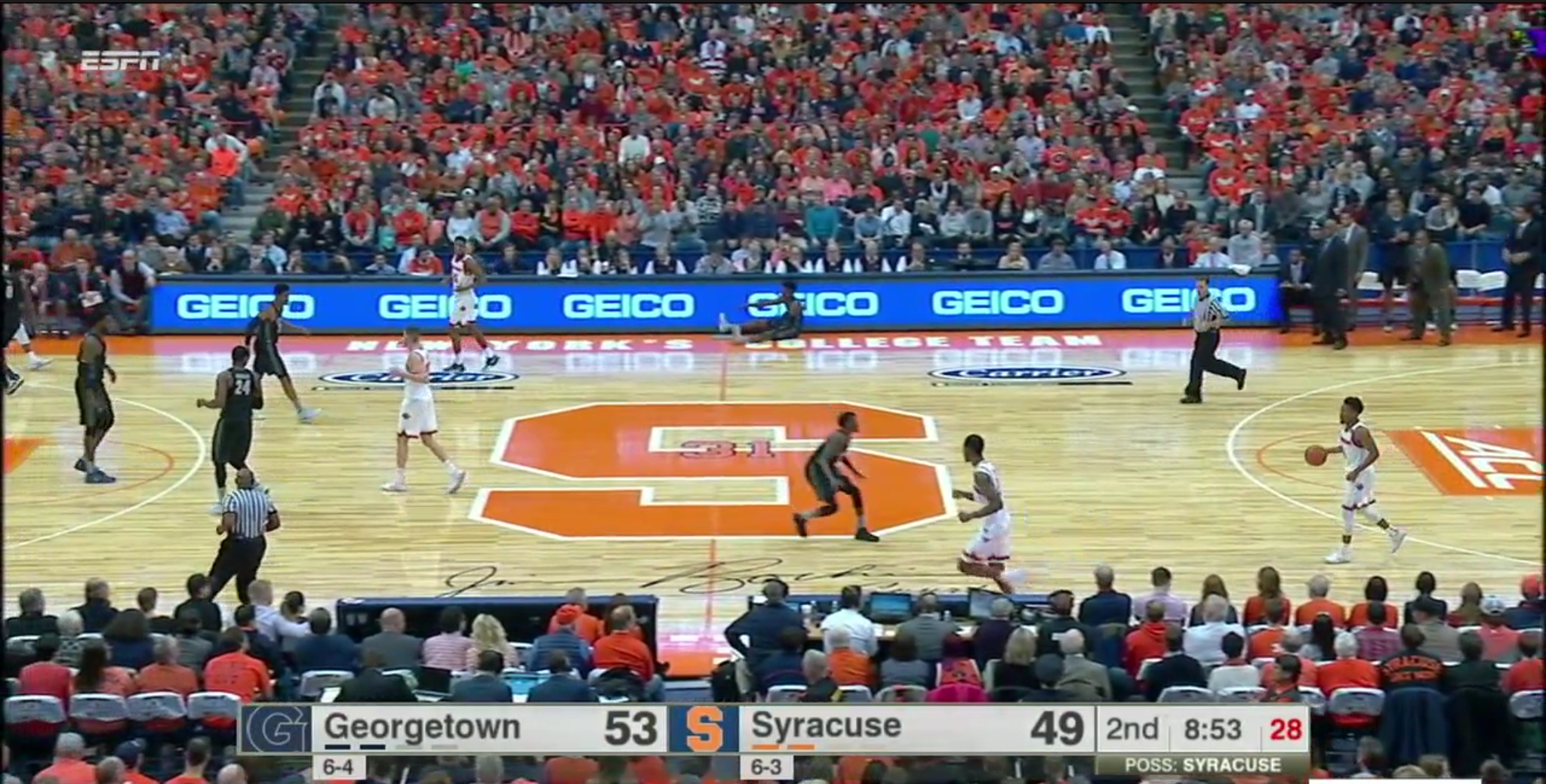