Memphis senior center Chad Rykhoek was a unique story this season. This was his final season of eligibility after four years at Baylor as the 6-foot-11 Rykhoek had never played in a college game because of multiple hip surgeries.

Rykhoek joined Memphis as a graduate transfer this season and is coming off of a career-high 12 points in a Tiger loss to Monmouth on Tuesday.

Now Rykhoek’s season might be finished as the senior went down with a left ankle injury and was taken off on a gurney in the Memphis game at Oklahoma on Saturday. It happened in the first half, and it looks like the big man either broke or dislocated the ankle (you can see a screen-grab of the injury at the bottom of this post):

It was bad enough the player’s mother joined him on the floor.

This is an awful injury for a player who worked so hard to return to the floor. Rykhoek was a solid member of the Memphis rotation this season, averaging 6.4 points and 2.8 rebounds per game. After putting up his career high and then going through this, hopefully Rykhoek can recover and play again.

In a touching moment, players from both teams came over to see Rykhoek off:

Players from both teams come over to support Memphis' Chad Rykhoek. pic.twitter.com/rJv9FWTi0u 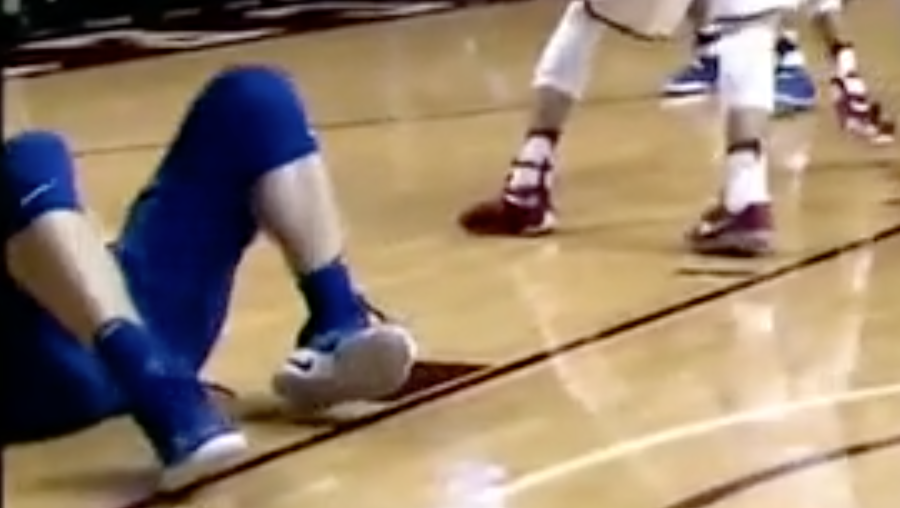