John Calipari sent a letter and an autographed picture to the three young children of a Kentucky fan that has been missing for nearly two weeks.

In a story that has made some national headlines, Bobby Jones and his girlfriend, Crystal Warner, went missing after checking on the tenant of a rental property on July 3rd. Their car has since been found abandoned in Georgetown, Kentucky, and the tenant, Craig Pennington, has been arrested and charged with murder.

Their bodies have not been recovered, although witnesses told police that they saw Pennington shoot and kill the couple, according to CBS News.

This is the letter, via Nation of Blue, that Cal sent to the children: 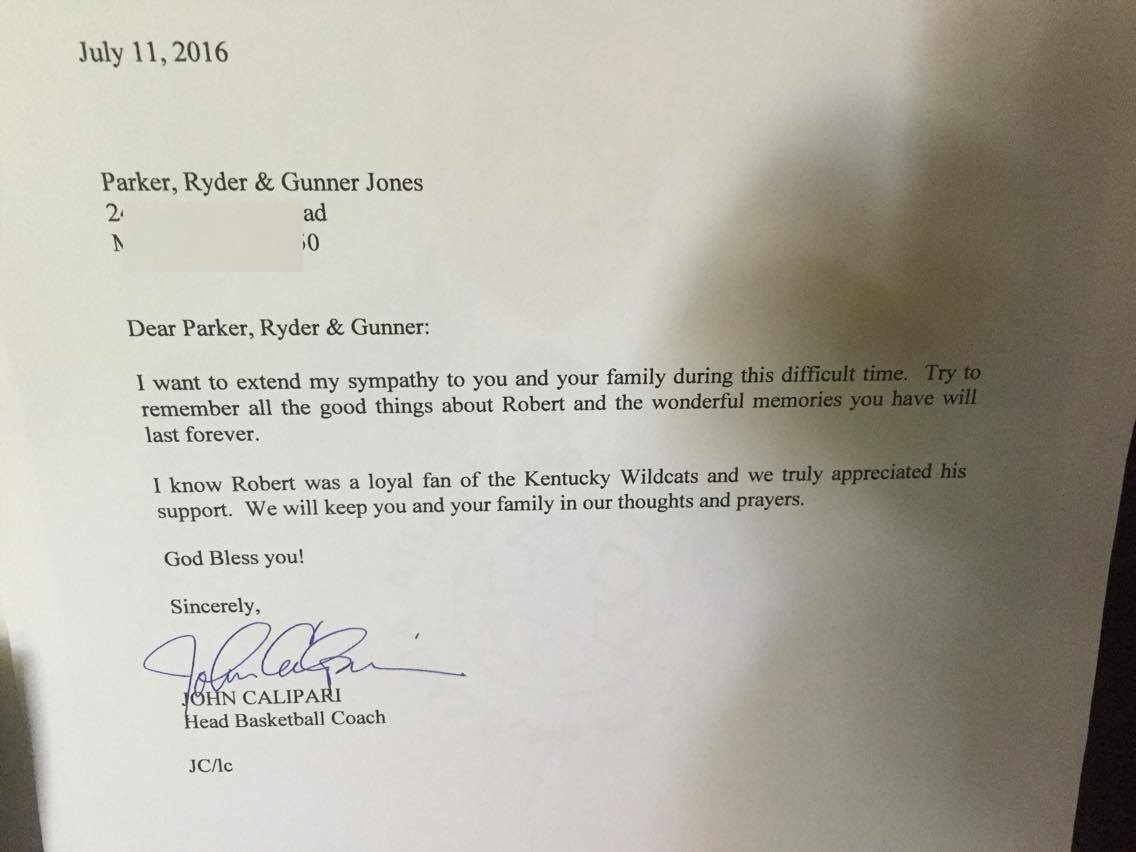 According to NoB, a search party will be organized in Winchester, Kentucky, for Saturday morning in an effort to find the couple. The address is as follows: