The father of a Syracuse player that was seated behind the Wisconsin bench recorded the best angle of Bronson Koenig’s buzzer-beating three:

Koenig is literally in the bench mob when the shot goes down.

He wasn’t the only one that was fired up.

Former Badgers Frank Kaminsky and Sam Dekker were also quite excited about the bucket. Kaminsky’s slide was something else:

But Sam Dekker’s live-tweeting — and the shade he threw at Marquette — might have Kaminsky beat: 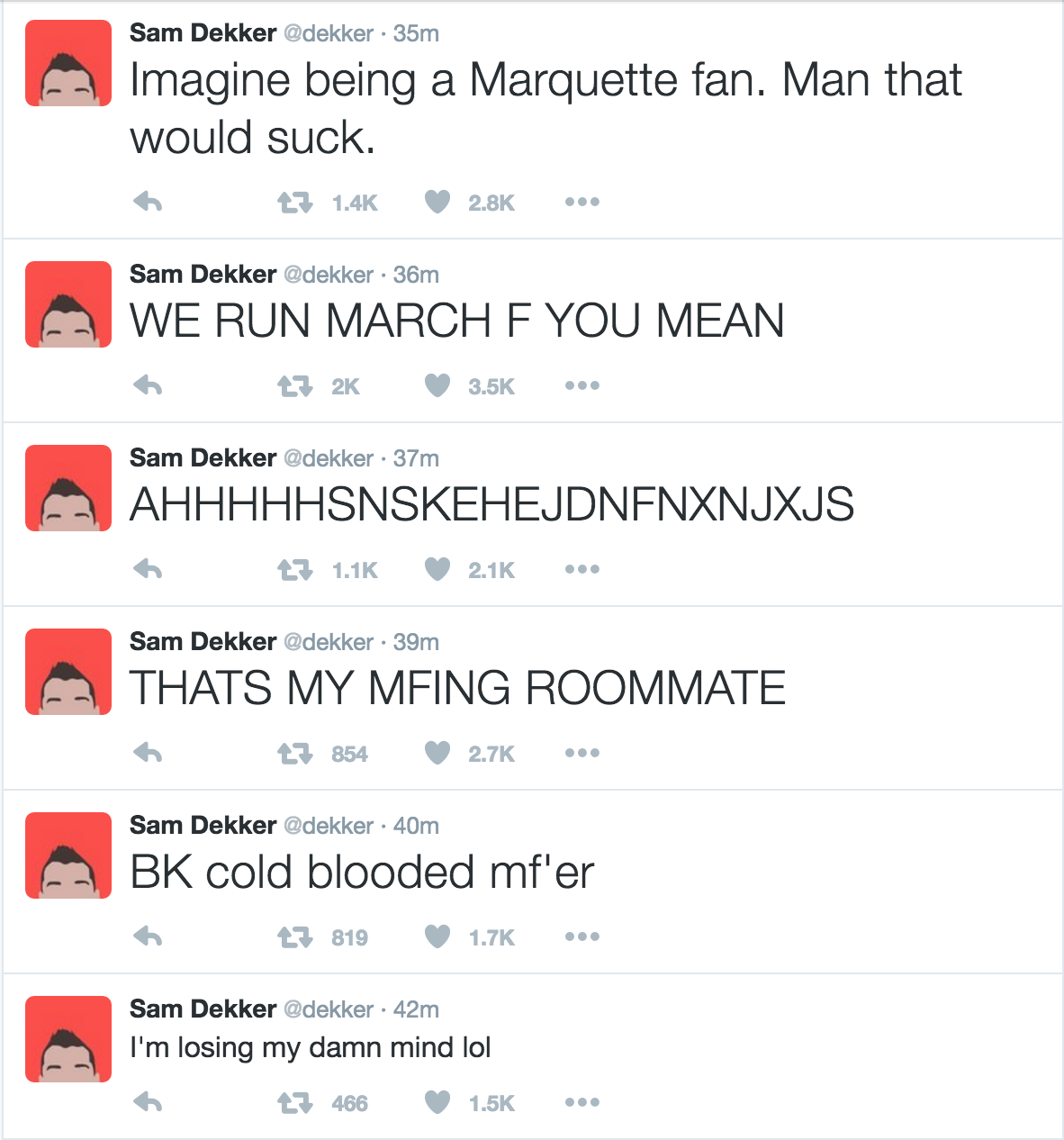