The Fighting Tom Creans put together one of their most impressive performances of the season, holding Kentucky’s powerhouse back court in check as they advanced to the Sweet 16 to take on No. 1 seed North Carolina in Philly. To think, Tom Crean’s job was in jeopardy as recently as December. Now, he’s the reigning regular season Big Ten champion and into the second weekend after second Kentucky and John Calipari home.

It’s incredible where this Indiana team is defensively when compared to where they were 107 days ago.

Here’s how weird this game was: Duke was up by 27 points at one point in the first half. The score was 46-19. Grayson Allen, Luke Kennard and Brandon Ingram were rolling. Yale came back and cut the lead to three points, which should be something close to a win in its own right. Instead, it feels like the Elis left a number of opportunities on the table, like they gave away a chance to win a game against Duke in which they trailed by 27 points. How weird is that?

We counted out the Zags six weeks ago. That looks pretty foolish now, doesn’t it? Domas Sabonis and Kyle Wiltjer dominated both No. 6 Seton Hall and No. 3 Utah this weekend, cruising their way into the Sweet 16. And when you look at the rest of that region, might this be Gonzaga’s best chance at reaching a Final Four? 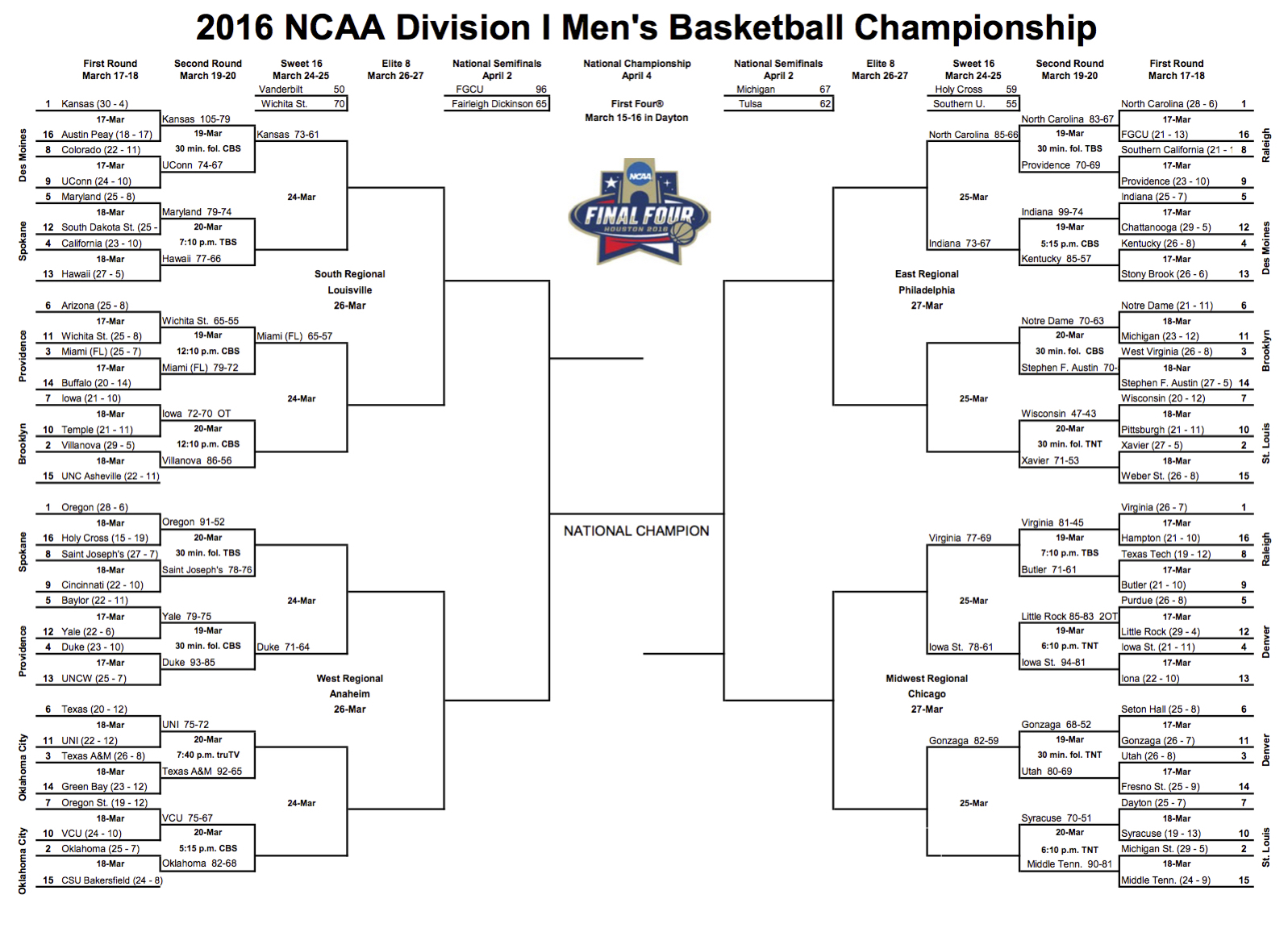 BUT MOSTLY, THE FAVORITES TOOK CARE OF BUSINESS