We’ve also have five buzzer-beaters, a pair of overtime games, the national title favorite lose in their opener and the wildest three-minute stretch in the history of the event. Let’s recap it shall we?

The Blue Raiders landed what may be the biggest upset in the history of the NCAA tournament on Friday afternoon, as they put a thorough whooping on the Spartans, who just couldn’t seem to get a big stop and a big bucket on back-to-back possessions. So Denzel Valentine’s career comes to an end.

As far as the biggest upset talk is concerned, I explain here how this was the first time that one of the National Title favorites lost in the first round.

So I’m not quite sure that this is the best buzzer-beater in the history of the NCAA tournament — as far as I’m concerned, nothing will ever top Christian Laettner’s shot to beat Kentucky — but can you ever think of a kid hitting a shot from beyond half-court to win or force overtime in a game in the Big Dance? Because that’s precisely what Jesperson did here.

THIS ONE WAS GOOD, TOO: Cincinnati almost beats the buzzer

The dust hadn’t even settled after UNI’s win when these shenanigans went down. Within three minutes of real time after Jesperson hit that half-court game-winner, Isaiah Miles had hit a three with 10 seconds left to give No. 8 Saint Joseph’s a 78-76 lead on No. 9 Cincinnati, the Bearcats had gone the length of the court for a dunk that tied the game and the officials waived the dunk off because it came a split-second after the final horn. 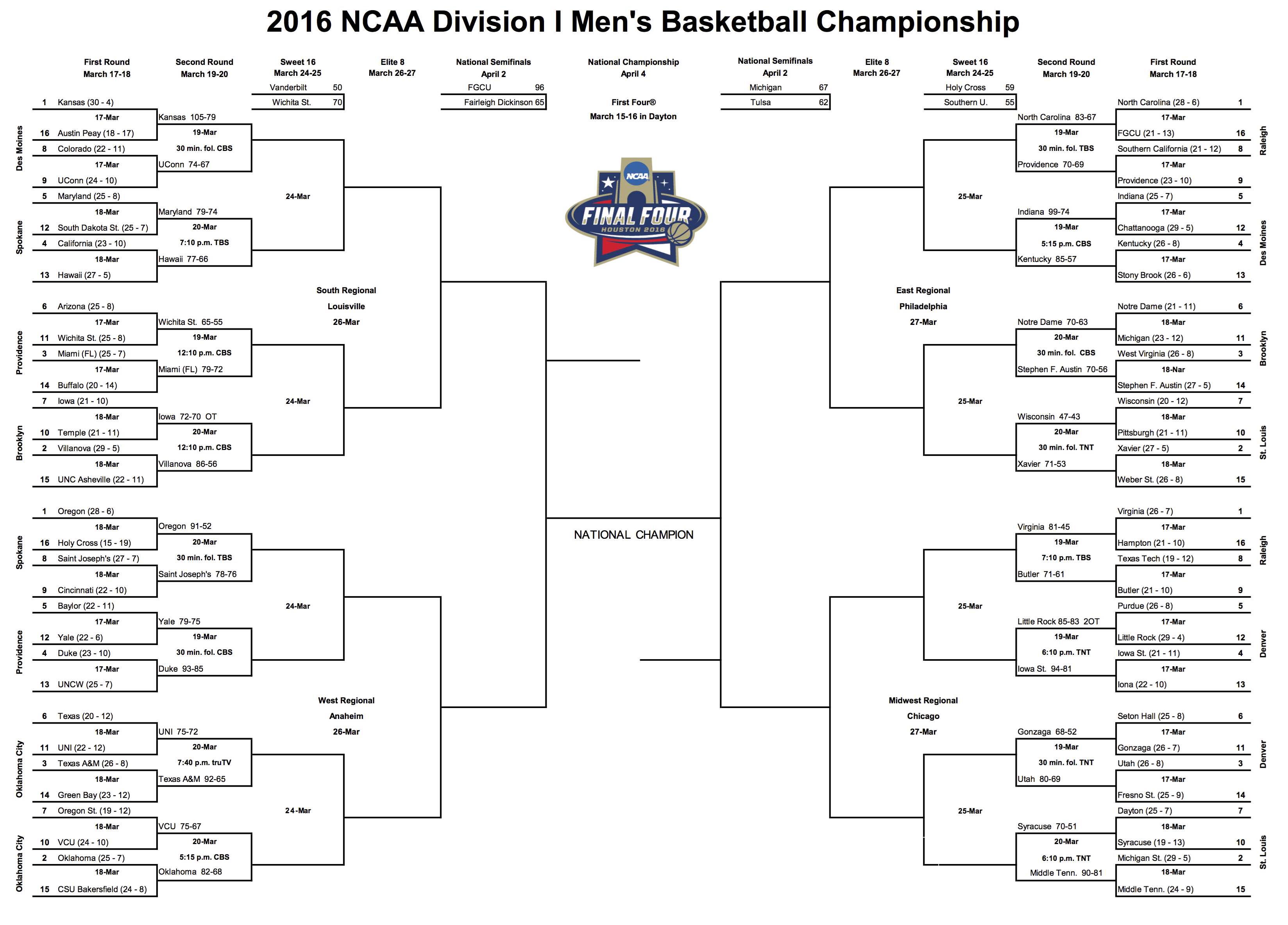 BUT WAS THIS ONE A FOUL?: Adam Woodbury got away with one

Iowa very nearly Iowa’d all over themselves in the Barclays Center, fouling a three-point shooter with 2.1 seconds left while up by three points. But they made it to overtime, where Woodbury may or may not have committed a foul while battling for position for an offensive rebound. You make the call.

BUT SOME FAVORITES WON, TOO