The Boilermakers blew a 13 point lead in the final three minutes and got sent to overtime — and double-overtime — by Josh Hagins, who scored 31 points, a career-high, on his birthday. Hagins is going to have a tough time topping Thursday when it comes to the best day of his life. (You can see the ridiculous shot he hit to force OT here.)

In a game with one of the weirdest finishes I can remember, USC missed three straight free throws in the final minute — two of them front ends of 1-and-1s — and Providence missed a pair of potential game-winning shots before they were able to draw up this beautiful baseline out-of-bounds play to get Rodney Bullock a layup for the win. Kris Dunn had 16 points but he hit a number of big threes down the stretch. Bullock finished with 16 points and 10 boards while Ben Bentil added 19 points.

AND THE UPSETS WERE

BUT THE FAVORITES ROLLED, TOO 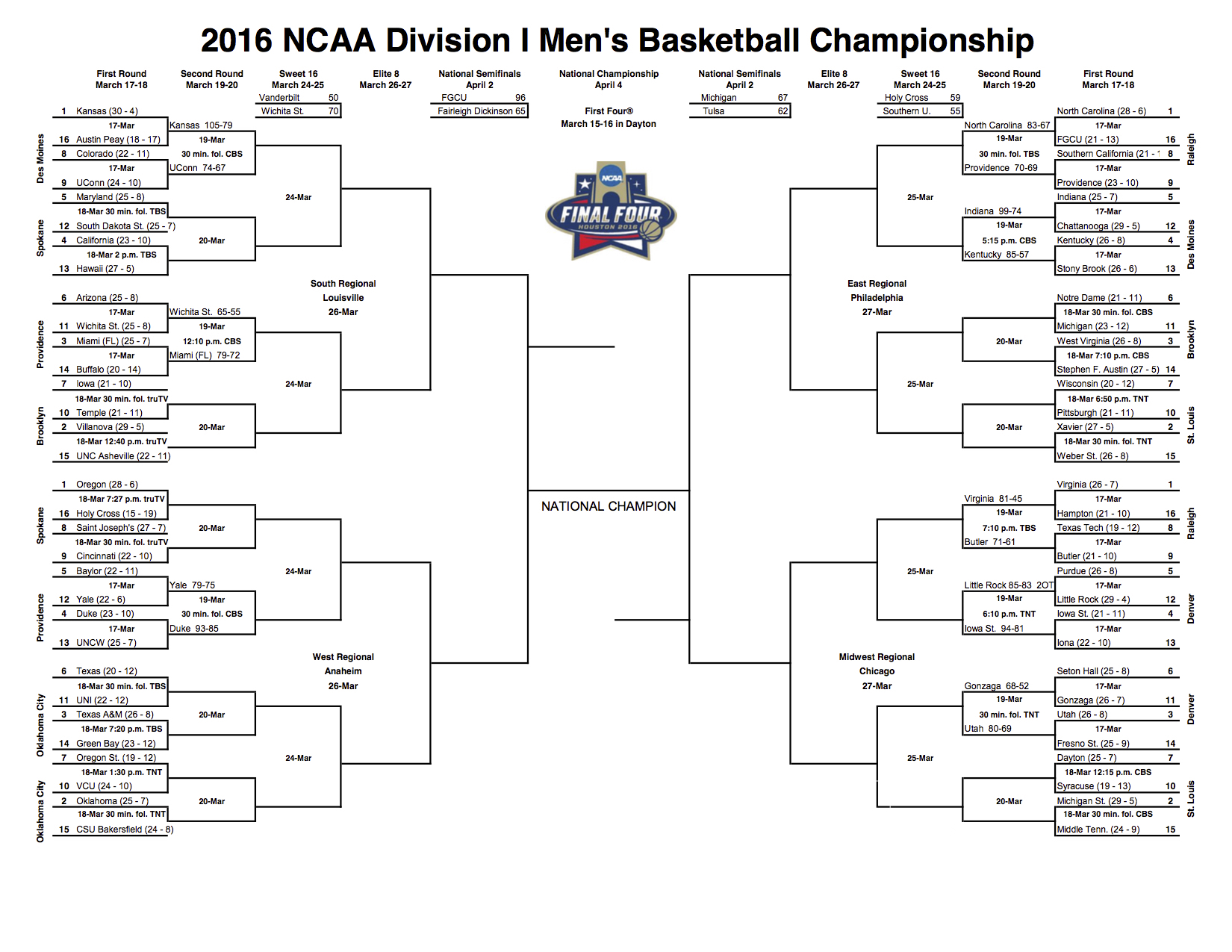