Every year, there is one region in the bracket that, eventually, just doesn’t make sense.

All that said, I’ll fully admit that I’m rooting for an Oregon-Oklahoma Elite 8 matchup, because that game will be so much fun. 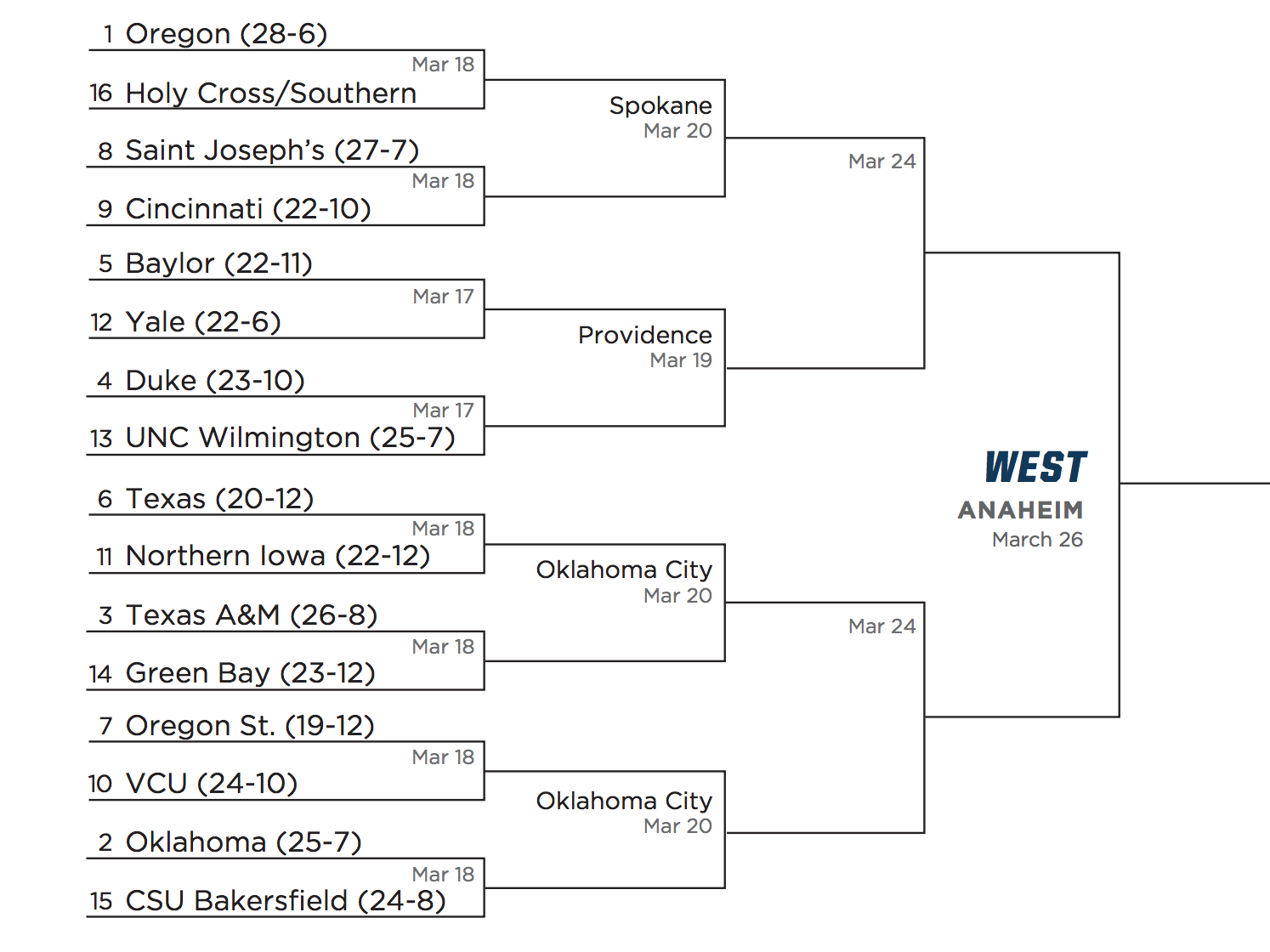 Putting the No. 1 and No. 2 seeds in the Elite 8 here is pretty easy simply because I’m not all that impressed by the teams in the No. 3-6 range in this region. They’re kind of whatever. But I’m not convinced that Oregon and Oklahoma are anything close to locks to make it this far. The Sooners rely too much on their jump-shooting to really feel comfortable taking them far in the tournament. One off night and they can lose to anyone.

And while I love this Oregon team, I can’t help but feel like the Pac-12 is one of those leagues that was made to look better in computer numbers because it is so balanced and deep. The Ducks looked great in league play, but just how good was the competition they were playing?

I really like this UNI team. They have a dynamic point guard in Wes Washpun and they surround him with deadeye shooters that can lock-up at the other end of the floor. I also really like this draw for the Panthers. I think they matchup well with Texas, and I’m not convinced that A&M is all that great. Remember, UNI has beaten North Carolina, Iowa State and Wichita State twice, in Wichita and on a neutral floor.

The Hawks are really good this year, and they got themselves a nice little draw. Like I wrote earlier, they matchup really well with Oregon. Then, in the Sweet 16, they’re looking at a flawed Duke team, a Baylor team that can’t guard or a mid-major. They could very well end up getting beaten by Cincinnati — who is pretty good in their own right — but if any team in an 8-9 game is going to make a run, I think St. Joe’s is the team that will do it.

BEST OPENING ROUND MATCHUP: No. 11 Northern Iowa vs. No. 6 Texas

Shaka Smart vs. Ben Jacobson will square off as the two teams that beat UNC in the non-conference. That should be enough to get you to tune in. If not, Wes Washpun vs. Isaiah Taylor is a point guard matchup that people that love broken ankles will have to see.

CBT PREDICTION: Oklahoma comes out of the region. Who they beat, I don’t know. But they’ll get hot at the right times against competition that isn’t overwhelming.