There are really two things that stand out when looking at this region of the bracket: 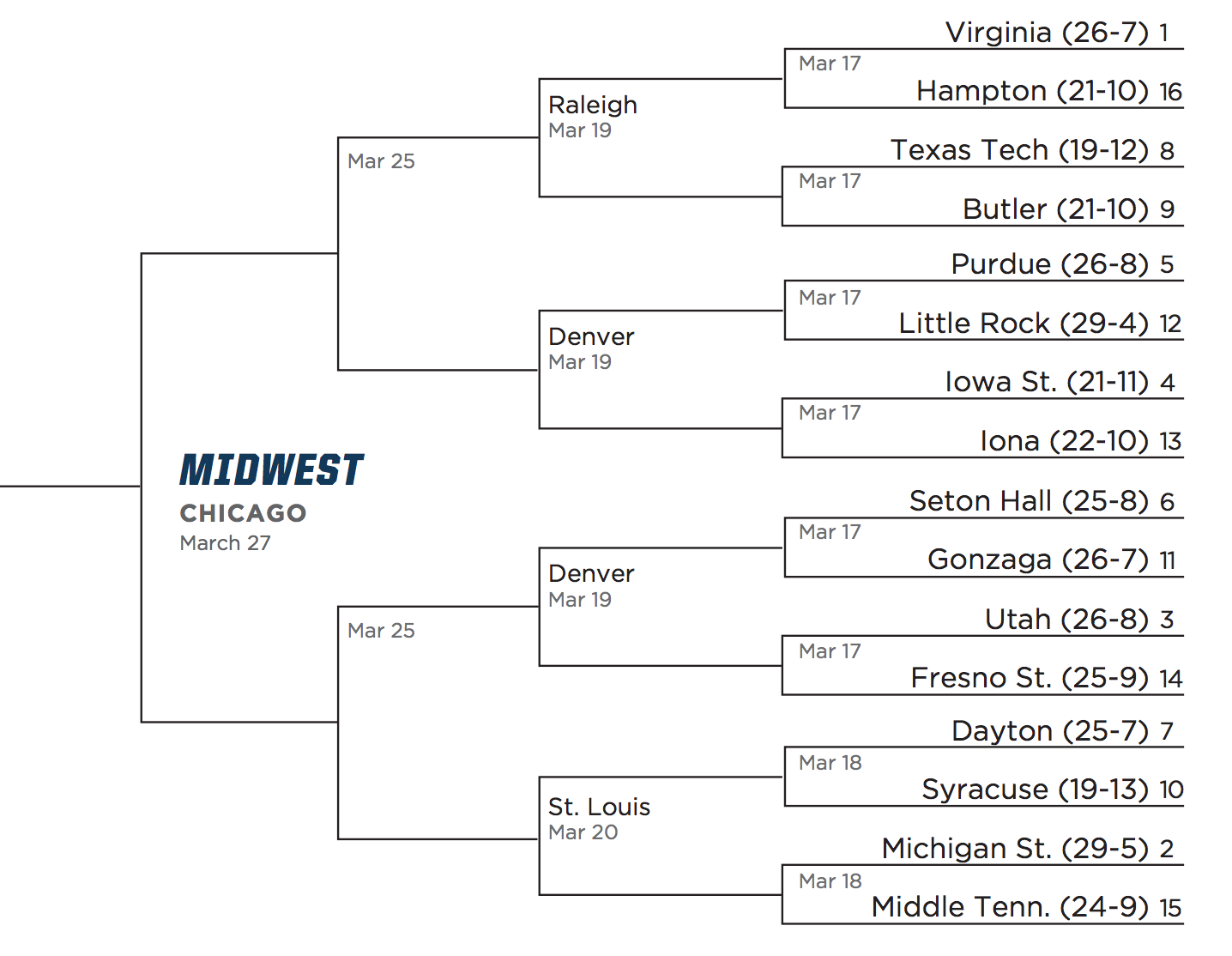 I actually think Butler is a decent matchup for Virginia, but I don’t think anyone in the first three rounds can pick off the Wahoos. And Sparty, like I wrote earlier, is playing the best basketball of anyone in the country.

Can a No. 3 seed be a Final Four sleeper? I’m going with it, but mostly because I really don’t love anyone else in the region. Iowa State doesn’t have the depth of the defensive toughness to win four more games. Purdue is no where near balanced enough, particularly if they have to go through a Virginia team that does a really good job of minimizing the impact of a front court. I don’t trust Seton Hall. They’re talented but mistake-prone. So I’m going with Utah, who I really do think is a dangerous team. They have the nation’s best big man in Jakob Poeltl, they surround him with big, athletic shooters and their guards have been better of late.

And we’re just going to go ahead and forget about that 31 point loss they took to Oregon in the Pac-12 tournament, OK? Good.

Like I said, I don’t love this Seton Hall team because they’re somewhat inconsistent. But they’re also playing fabulous basketball over the course of the last month. And while a lot of their success is a by-product of simply playing hard, they’ve got a dude in Isaiah Whitehead that can absolutely take a game over and he has enough of a supporting cast to get through a decidedly unimpressive pod.

BEST OPENING ROUND MATCHUP: No. 4 Iowa State vs. No. 13 Iona

These are two teams that eschew defense in favor of a run-and-gun style. They have superstars in English and Niang. They shoot a bunch of threes. I’m not exaggerating when I say I could see both of guys popping off for 40 points.