The Big 12’s annual tournament in Kansas City has one of the best atmospheres in the country, and this year’s edition figures to be no different with the league ranked as the nation’s best by just about every metric that attempts to measure such things. The league is almost a lock to send seven teams (70 percent of its membership) into the Big Dance. There may be a clear favorite at the top, but there’s not much else certain about this league, other than its quality. 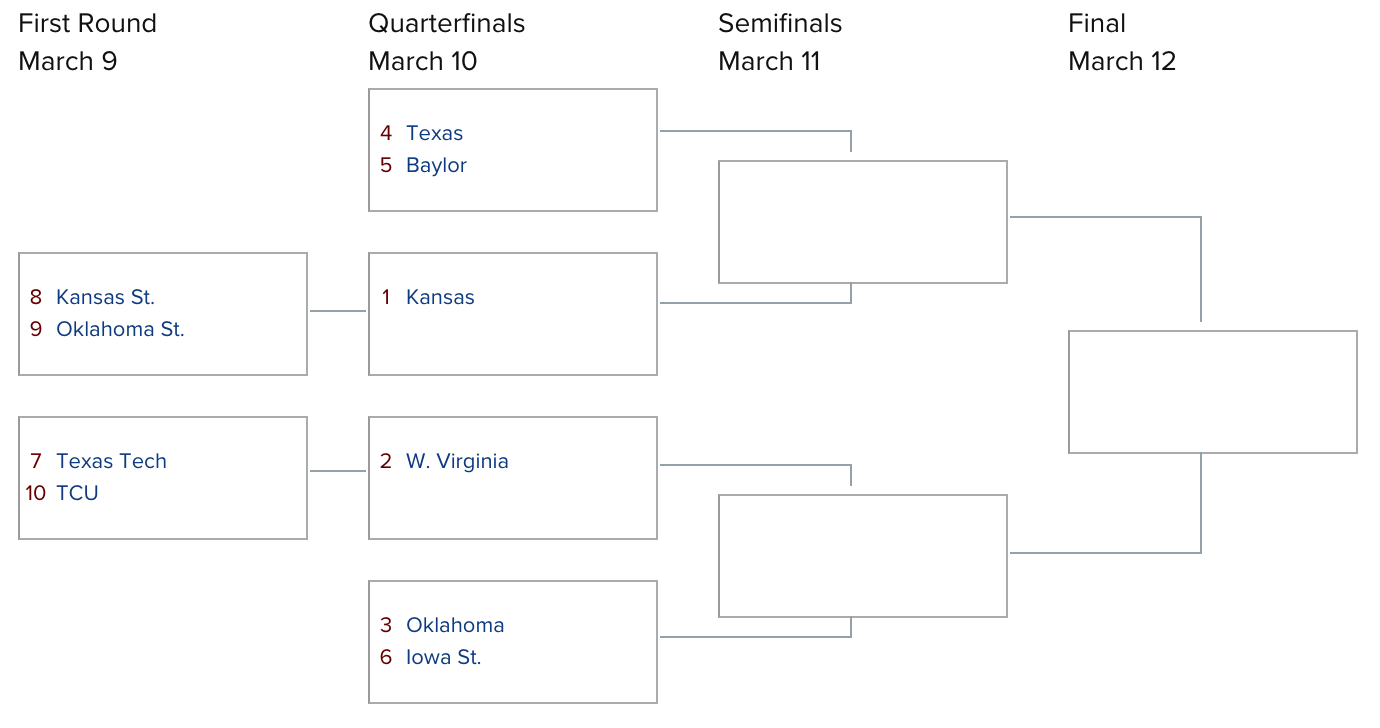 Who else could it possibly be? The top-ranked Jayhawks just wrapped up their 12th-straight regular season Big 12 title and have won 11-straight. They may very well have already guaranteed themselves the No. 1 overall seed in the NCAA tournament no matter what transpires at the Sprint, which, by the way, is just a short drive from Lawrence and in the heart of Jayhawk country. They are, once again, prohibitive favorites.

And if they lose?: Oklahoma

The Sooners, not so long ago the nation’s top-ranked team, has faltered down the stretch, but their offense can be sublime and their defense may be even better. Oh, and they’ve got national player of the year favorite Buddy Hield, who is capable of going supernova and winning this thing all by himself. They’ve got a difficult draw, but so does nearly everyone in this conference.

With six teams ranked in the top-25 entering Monday, you’ve got to go to the Big 12’s seventh-seed to truly find a sleeper. The Red Raiders have to open the tournament a day earlier than most of the rest of the league by virtue of being seventh, but No. 36 ranking in KenPom suggests they’re not as far behind the rest of the conference’s best as many would think as would wins against Texas, Iowa State, Oklahoma and Baylor

Not a lot of debate on this one for the two-time award-winner. Hield, who will likely capture more than a few national player of the year awards, averaged 25.1 points per game while shooting 49.5 percent from the floor, 47.3 percent from 3 and 89.3 percent from the free-throw line. Returning to school for his senior season has put Hield in line to be among Sooner royalty.

Big 12 Coach of the Year: Bill Self, Kansas

Tubby Smith has led Texas Tech to a likely NCAA tournament bid after the Red Raiders were picked to finish last in the Big 12, but Self and Kansas finished the regular season winning 11 straight games to take their 12th-straight Big 12 crown by two games, an incredible feat given their start and the strength of the league.

Defining moment of the season:

CBT Prediction: Kansas beats Oklahoma in the rematch we’re all waiting to see.