Does the Southland actually have a contender for Stephen F. Austin this season? The Lumberjacks have lorded over the conference for the last three seasons, getting to two NCAA tournaments and look like the overwhelming favorite to get back to a third this season. If anyone can pick them off, it’s probably Texas A&M-Corpus Christi, who could end up squaring off with SFA in the title game. 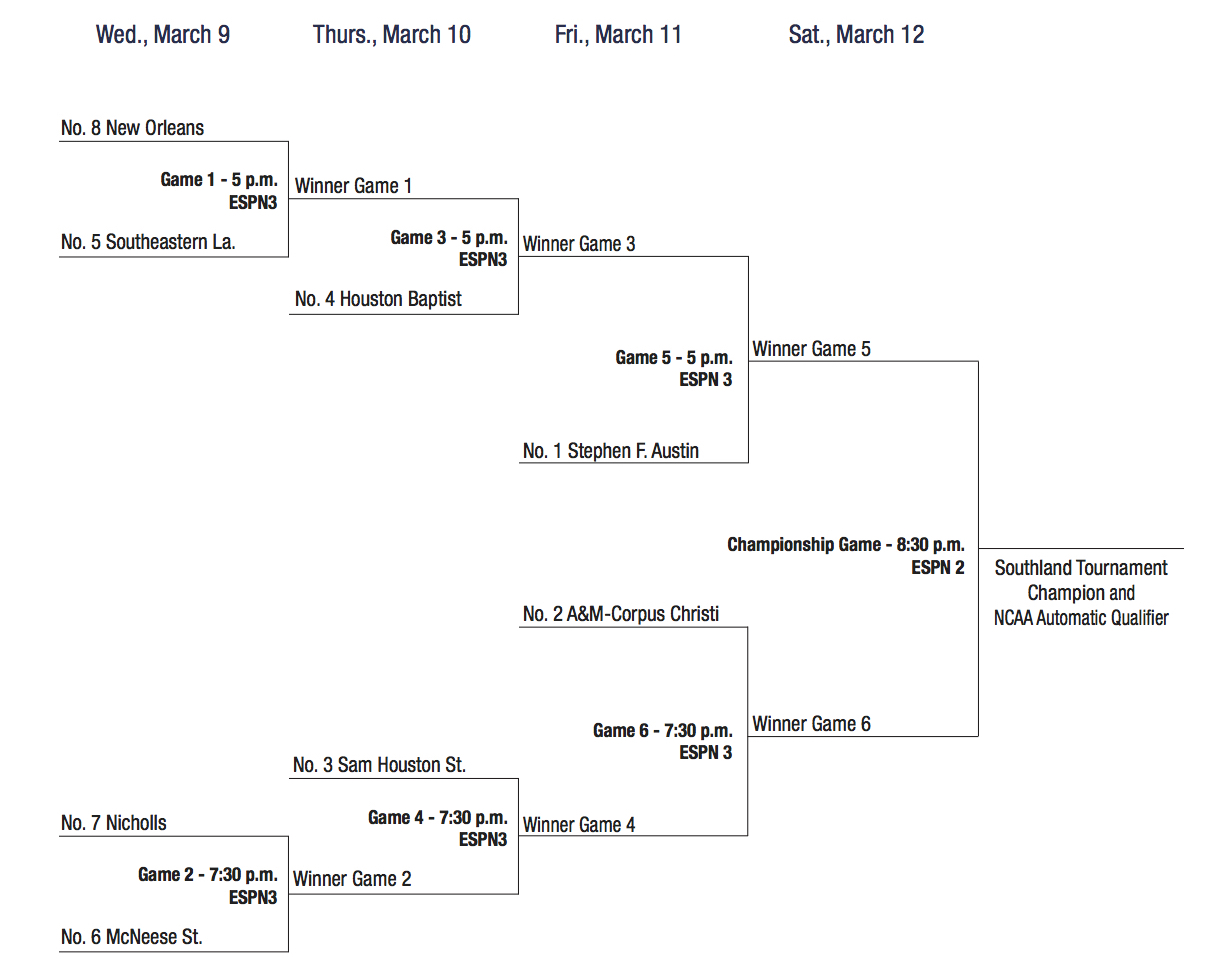 Why wouldn’t the Lumberjacks be the favorite to win the league title? This is the third season that Brad Underwood has been the head coach in Nacogdoches, and he’s not only been to two NCAA tournaments — with a first round win over VCU in there — but he’s lost a single game to Southland foes. In three years. Put another way, SFA is 57-1 against Southland Conference teams in the last three years. That’s absurd. So yes, Stephen F. Austin is the favorite to win the league tournament.

And if they lose?: Texas A&M-Corpus Christi

The Islanders are the hottest team in the league not named SFA. They’ve won eight of their last nine games — the only loss coming to SFA in that stretch — and are 15-1 against non-Lumberjacks in Southland play, the only other team they lost to in league play is ineligible for the tournament. They’re athletic, Rashawn Thomas is a stud and they can force turnovers with the best of them. They should get a rematch with SFA in the final.

The best player on the team that currently holds total dominance over the league is a pretty easy pick for Player of the Year, particularly when that player happens to be the reigning Southland Player of the Year.

Coach of the Year is usually an award that’s given to the coach that outperforms expectations by the largest margin, which is a line of thinking that I’m not sure I totally subscribe to. It’s not totally foolish for the most part, but if you think that away about a coach that went undefeated through league play even if his team was predicted to win the league, you’re doing it wrong.

CBT Prediction: Are we really going to bet against SFA? No. No we’re not.