The Summit League isn’t the best mid-major conference in college basketball, but what they do well is their league tournament. It’s held in Sioux Falls, which usually attracts a pretty good amount of fans, and not just from the teams in-state. It’s rowdy, the basketball is pretty good and the games are almost always entertaining. 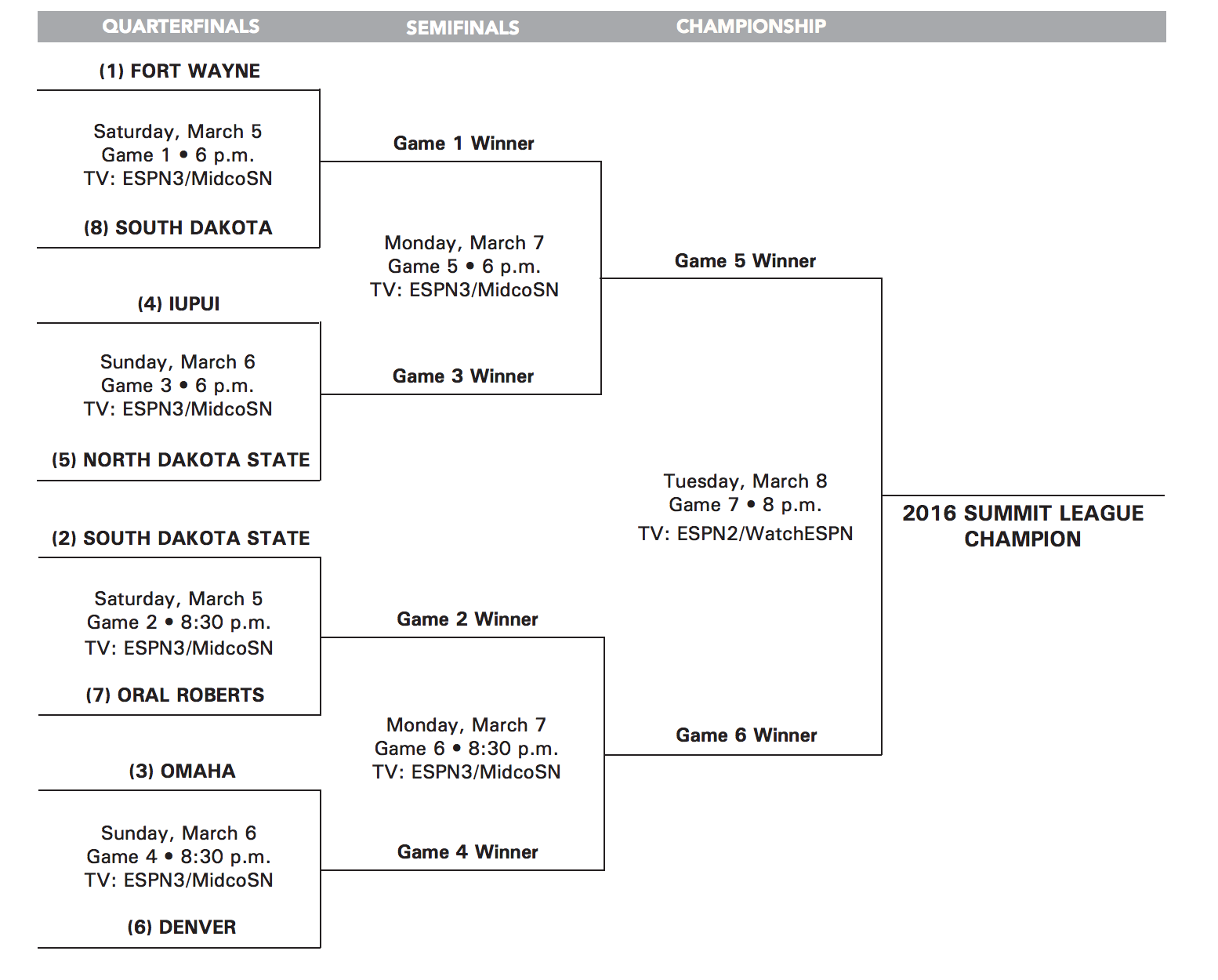 IPFW managed to get the No. 1 seed via tiebreakers, but for my money SDSU is the best team in the conference. George Marshall, the former Wisconsin point guard, is tough, and freshman Mike Daum is one of the best big men in the league already. Throw in Deondre Parks, and the Jackrabbits may also have the best back court in the conference. They get the added bonus of playing the tournament in their home state.

And if they lose?: IPFW

The Mastadons are not a traditional powerhouse in the Summit League, but Jon Coffman has this team thriving. Max Landis is the real deal and Jon Konchar is a future Summit League Player of the Year. They get IUPUI, who swept them, in the semifinals if chalk holds.

IPFW has the most potent offensive attack in the conference, and Landis was the guy behind it, averaging 18.7 points for the Mastadons as they finished tied for the league’s regular season title. Landis was the best scorer in the league not named Obi Emegano.

IPFW was picked fourth in the league’s preseason poll, but that didn’t stop Coffman from winning a share of the league’s regular season title. It’s the first time the program has done that while setting school records for wins.