The regular season in the Colonial Athletic Association was an entertaining one, as it produced two champions (Hofstra and UNCW) and three other teams with 11 league wins (Towson, William & Mary and James Madison). Joe Mihalich’s Pride, led by CAA Player of the Year Juan’ya Green and forward Rokas Gustys, will be the top seed this weekend in Baltimore with UNCW being the two-seed. The last two tournament titles have been won by teams that earned at least a share of that season’s regular season title, but don’t be surprised if that isn’t the case this time around. 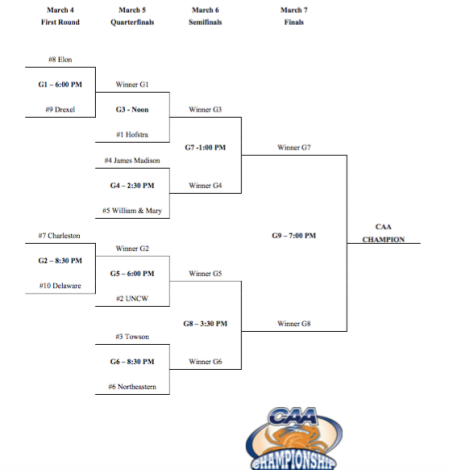 For the second straight season the Seahawks won a share of the CAA regular season title, performing well on both ends of the floor as they won 14 CAA games. UNCW ranked second in the conference in field goal percentage, third in three-point percentage, second in field goal percentage defense and third in three-point percentage defense. Kevin Keatts has four players averaging double figures in scoring with All-CAA forward Chris Flemmings (16.1 ppg) and guard Denzel Ingram (12.6 ppg) leading the way, and eight players play at least 12 minutes per contest. UNCW also led the CAA in turnover margin, but if they’re to win the tournament they have to be better on the defensive glass (last in defensive rebounding percentage).

And if they lose?: Hofstra

The Pride don’t have much depth thanks to injuries, but they certainly don’t lack for talent. In addition to the aforementioned Green and Gustys, Joe Mihalich can also call upon quality options such as Ameen Tanksley, Brian Bernardi and Denton Koon for contributions on the offensive end of the floor. Hofstra averaged 78.4 points per game in CAA play, and only William & Mary was better from an offensive efficiency standpoint. The key for Hofstra: avoiding foul trouble, especially when it comes to Gustys in the post.

A lot was asked of Green due to the Pride’s lack of depth and he delivered, averaging 18.2 points (second in the CAA), 7.9 assists (first) and 1.8 steals (first) in conference games. Green reached double digits in scoring in all 18 of Hofstra’s CAA games, and over the last six contests (all wins) he averaged 16.8 points and 8.8 assists per game.

This award tends to go to the coach whose team most exceeded preseason expectations, and Keatts certainly qualifies. After losing three starters and their top two scorers from a team that won a share of the CAA regular season title in 2014-15, UNCW simply reloaded and duplicated that feat in 2015-16.