The MAAC tournament always ends up being one of the most entertaining tournaments during Championship Week. Part of it is the uptempo style that some of the teams — notably Iona — play. Part of it is the rivalries against some of the traditional powers in the conference — Iona and Manhattan are not fond of each other, and Iona and Monmouth have developed a healthy dislike this season. It should be interesting up in Albany once again. 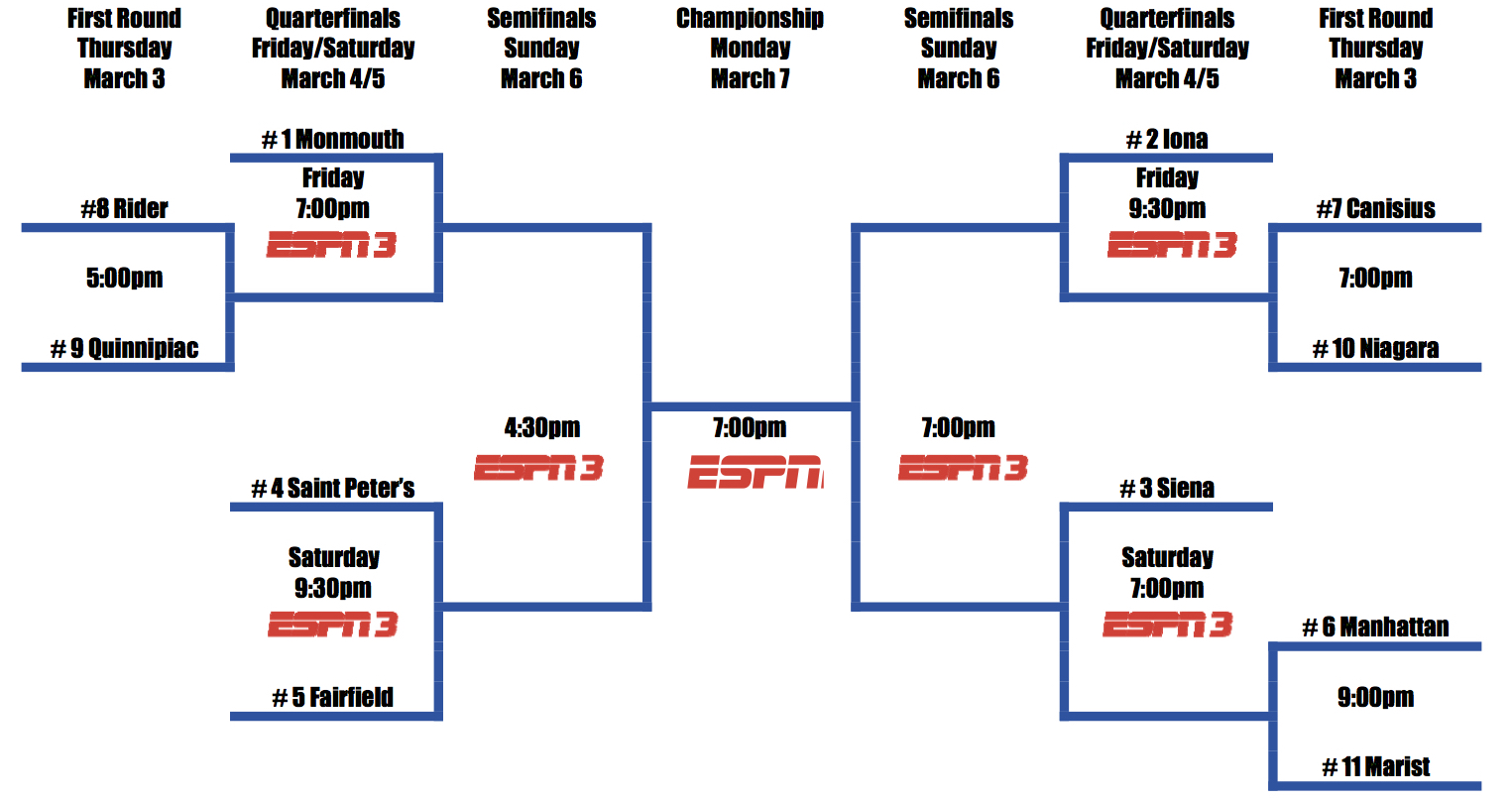 Everyone knows about the Hawks at this point. They won the MAAC regular season title after storming through their non-conference schedule with wins over some of the nation’s most recognizable programs. They kicked off the season with a win at UCLA. And that’s before you consider the publicity that their bench has gotten this season. The Hawks have one of the best back courts at the mid-major level and King Rice has this team playing with a ton of confidence.

And if they lose?: Iona

While the Hawks won the league, there is certainly an argument to be made that Iowa is the most talented team. I’m not sure there’s an argument against the Gaels having the best player in the conference — A.J. English — on their roster. Iona is a MAAC powerhouse, and that didn’t change with Monmouth winning the league. Is anyone else hoping to see those two teams play in the title game?

This probably wasn’t as easy as it seems from the outside — you guys know A.J. English is, like, really, really good, right? — but what Robinson did for this team this season is impossible to ignore. He’s been the best player on the roster of a MAAC program that, if they get to the tournament, will have a good enough seed to give them a real chance at winning a game or two.

Monmouth is not exactly a school known for its basketball program, yet Rice has been able to build a team that was not only capable of winning the MAAC regular season title, but beating the likes of USC, UCLA, Notre Dame and Georgetown in the process.

CBT Prediction: Iona picks off Monmouth in the MAAC final.