Stony Brook entered the season as the heavy favorite to win the America East, given that they returned all five starters from last season, including now three-time conference Player of the Year, Jameel Warney. Albany and Vermont were expected to make a push for the league title — and they did, each picking off the Seawolves during the last two weeks of the regular season. 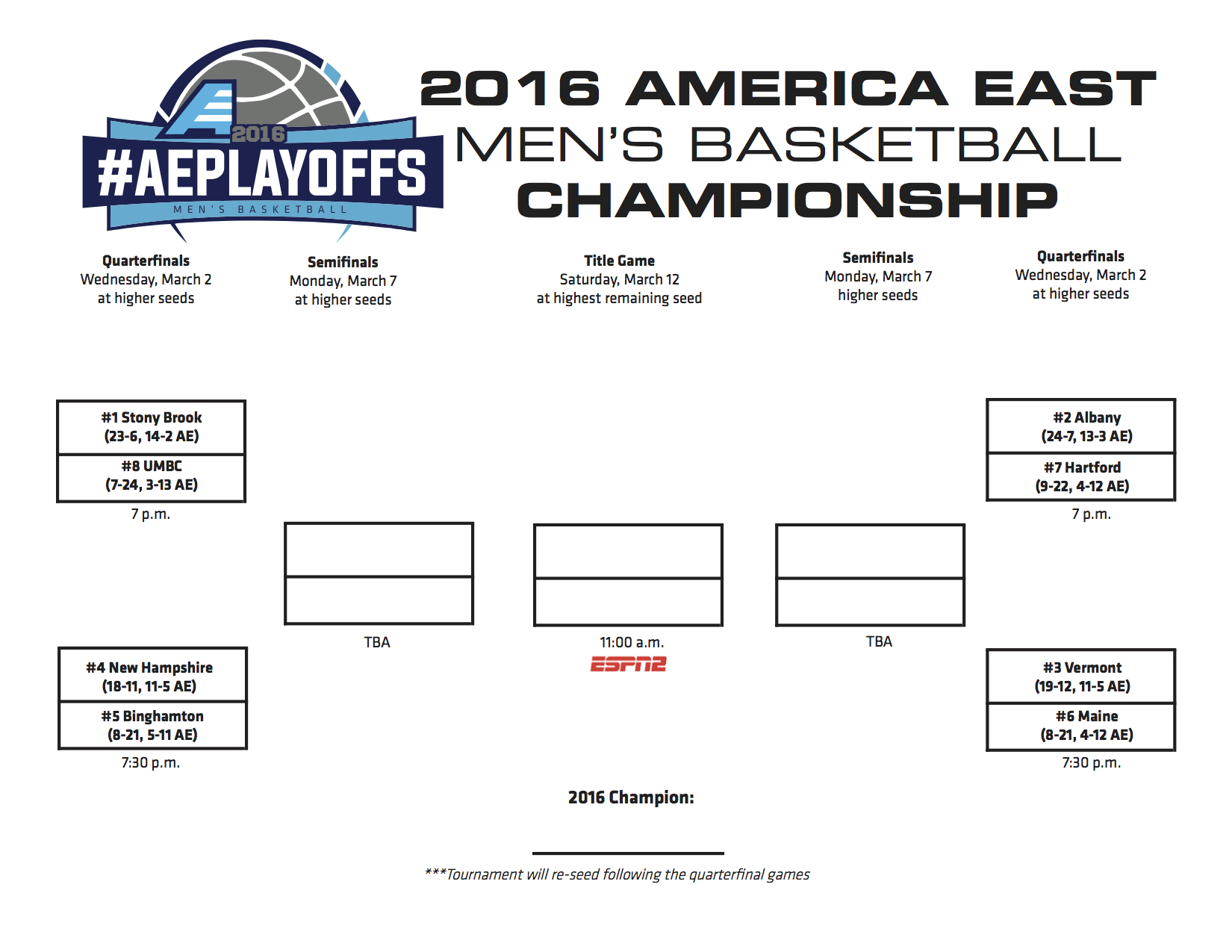 Where: Campus sites, with highest remaining seed hosting and games getting reseeded after the quarterfinals.

Is this the year that the Seawolves finally break through and get to the NCAA tournament? They’ve won the America East four of the last seven years and haven’t finished worse than second since 2011. But they’ve lost in the America East title game four times in the last five years and still have not made an NCAA tournament. Last year’s run may have been the most excruciating, with the loss coming on a buzzer-beater. This is the last chance for Jameel Warney and company to get to the dance. Can they make it happen?

And if they lose?: Albany

The Great Danes returned the majority of their roster from last year’s dual-title winners and played like it throughout the year. They finished 24-7 overall and 13-3 in the America East, just a game behind Stony Brook. They were one of just two teams to beat the Seawolves in league play this season, and their three league losses all came on the road by a combined nine points.

Warney is an absolute monster at this level, and he may be the best mid-major player in all of college basketball. He’s averaging 18.7 points, 10.2 boards and 3.2 blocks for the best team in the conference. That’s not bad, right?

CBT Prediction: Stony Brook gets to their first NCAA tournament.