Duke star Grayson Allen hit a game-winner on Saturday afternoon, a tough, driving layup that gave the Blue Devils a 63-62 win over No. 7 Virginia in Cameron Indoor Stadium:

The location of said game matters, because it appears that Allen traveled on the play.

Twice actually. As you can see in this screen grab, Allen’s foot came down before he got the shot off: 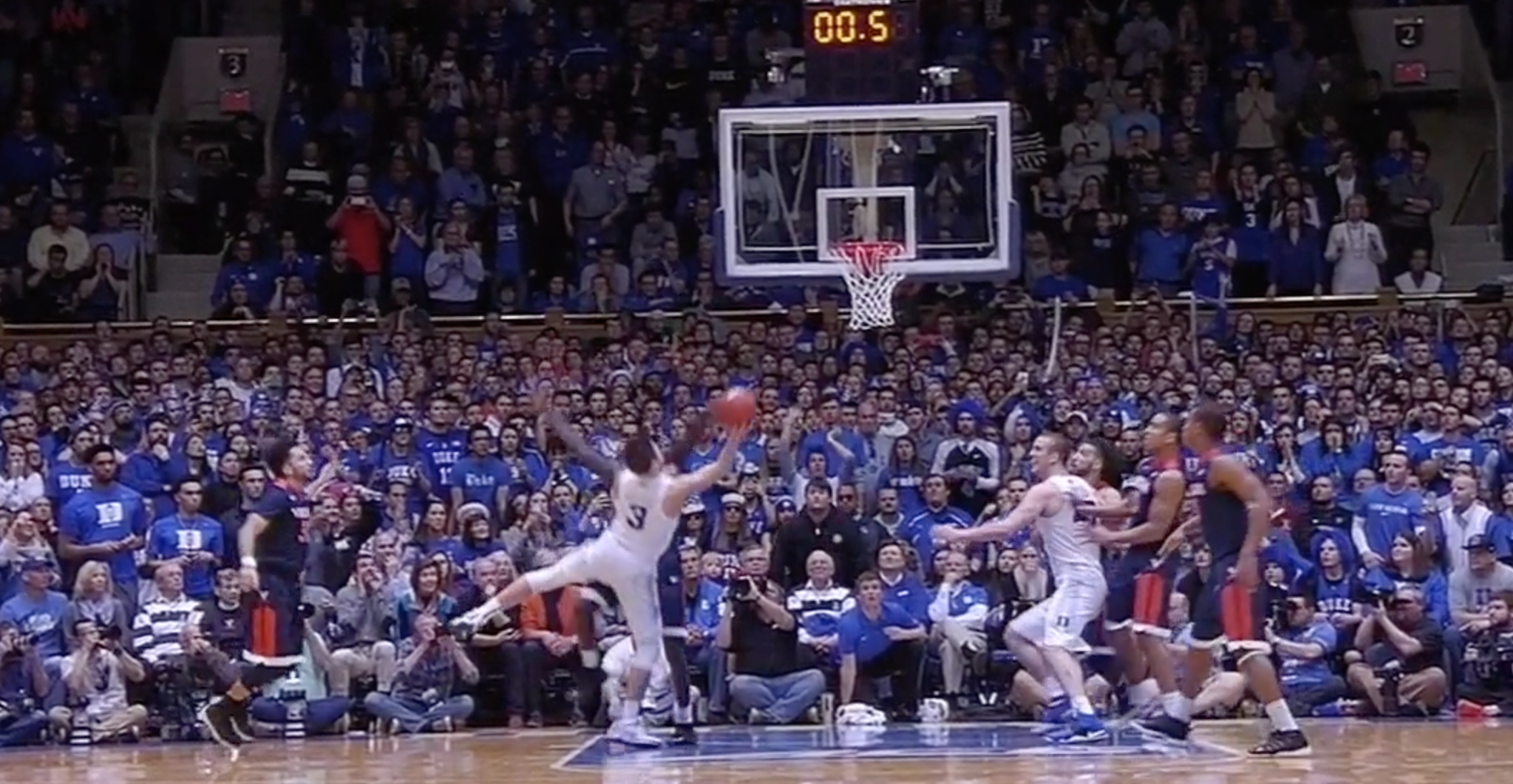 And if that wasn’t bad enough for UVA fans, Allen also quite clearly took three steps before releasing the shot:

There’s not really much to argue about here. Allen traveled. But before you get all riled up about the no-call, a few things to keep in mind:

And for what it’s worth, I’m not buying the whole Allen got fouled angle. That was great defense from Marial Shayok and an even better finish by Allen. It’s tough luck for the Cavs, but not really all that much different than winning a game like this.

Whatever the case may be, the result isn’t changing.

Duke got 25 points from Brandon Ingram, picked up their second win of the week over a ranked opponent and now head to their most difficult week of the season — at North Carolina and at Louisville — playing some of their best basketball.

In the last two games, the Blue Devils have given up 1.016 points-per-possession, a marked improvement over 1.081 PPP they were giving up entering the day.

Have the Blue Devils solved their issues defensively?