Kennesaw State entered Monday night at 1-6 on the season, but with 19 seconds left, it looked like the Owls have their second of the season locked up. Kendrick Ray made a pair of free throws with 19 seconds left to put KSU up 89-81, and all they had to do was avoid a complete meltdown to get out with a win.

A Luke Eddy layup with 16 seconds left cut the lead to six, and after KSU’s Nigel Pruitt missed two free throws, Dainan Swoope his a three with seven seconds left to make the score 89-86.

On the ensuing inbounds, Kennesaw State threw the ball away … and then proceeded to foul Eddy when he was shooting a three. This is what that disaster looked like:

Eddy would hit all three threes before, shockingly, KSU turned the ball over again. Elon could not capitalize this time, sending the game to overtime, where the Phoenix outscored the Owls 14-4.

Here’s what the comeback looked like on the play-by-play: 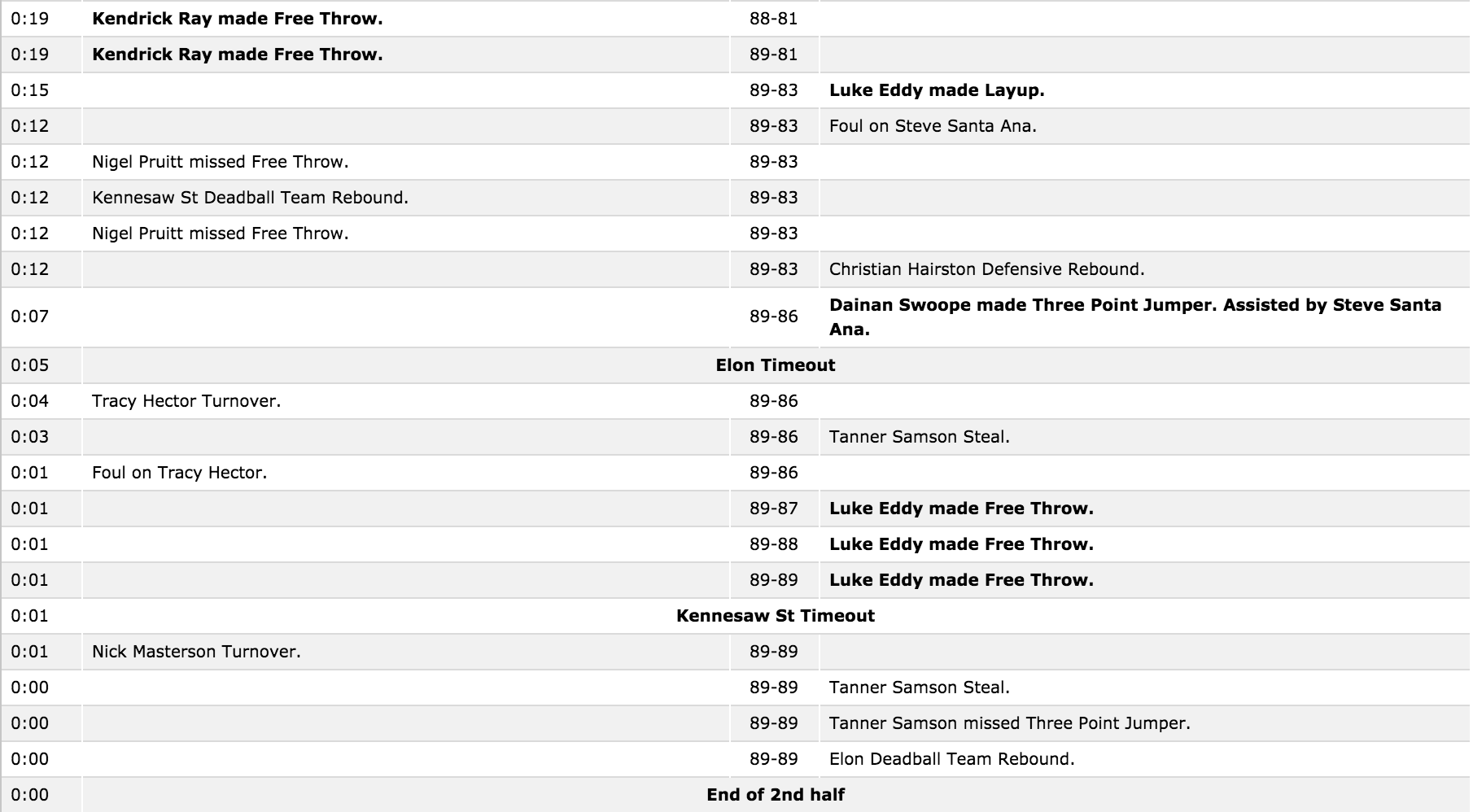