John Calipari is on the road this week, doing his best to try and ensure that Kentucky’s 2016 recruiting class features some of the nation’s best and brightest stars.

Today, he is in North Carolina, reportedly there to visit Harry Giles, the best prospect in the class and a kid many compare to Chris Webber, as well as top ten recruit Bam Adebayo, a powerful post that is reminiscent of former Louisville big man Montrezl Harrell.

Last night he was in Houston, visiting De’Aaron Fox, who may just be the best lead guard in a class overloaded with talented floor generals. Cal’s visit is a story in and of itself, but what happened during the visit is much more interesting that the visit itself.

You see, Fox invited a classmate of his to the visit, a student named Seth Barnett. Barnett is a diehard Kentucky fan, his family relocating to Texas when Seth’s dad got a job there, according to Kentucky Sports Radio: 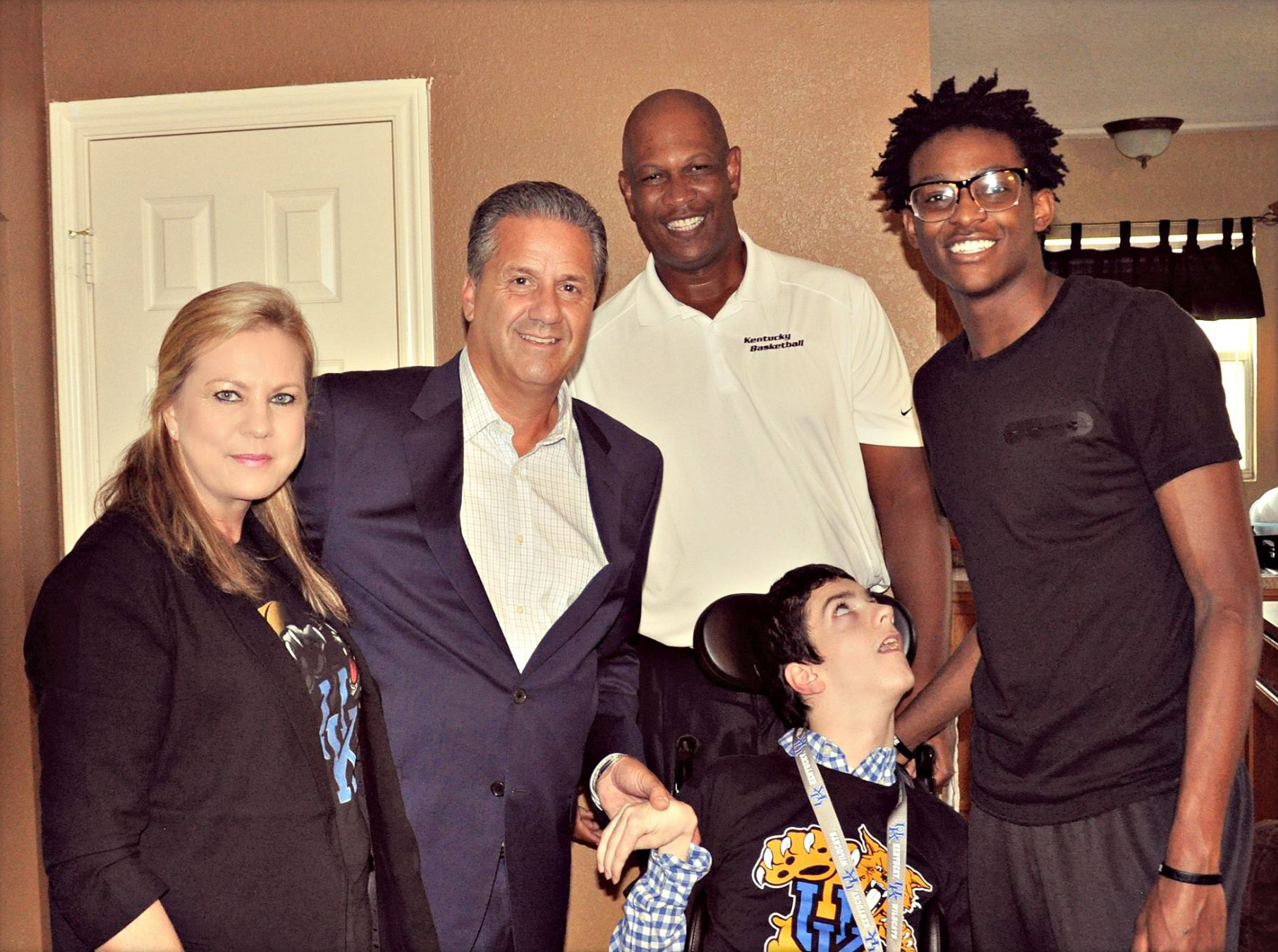 Don’t be surprised if there is some backlash here. The twitter account for Fox’s high school basketball team tweeted out the pictures with the hashtag #brandbuilding. Was this a genuine gesture, or was this an attempt to improve his public persona — One orchestrated by the marketing genius that is Coach Cal? — through a moment that will go viral, particularly within Big Blue Nation?

The answer doesn’t really matter to me.

Fox and Calipari gave Seth and his family a moment that they will never forget. They didn’t have to do that, and the motivation behind that act of kindness is likely irrelevant to Barnett’s family.