Southern Miss has received its Notice of Allegations from the NCAA after violations were reported under former head coach Donnie Tyndall. According to a release from the Southern Miss athletics department, the school is working with the NCAA and they expect a conclusion to this before Spring 2016.

From the Southern Miss release:

The Notice of Allegations, which has been posted at SouthernMiss.com, includes charges involving serious misconduct by the former head coach and members of his staff. The alleged violations do not involve any current member of the men’s basketball team or coaching staff. Importantly, the notice does not include a charge of a lack of institutional control or failure to monitor the program by the University. Further, the academic misconduct identified in the notice relates to coursework undertaken at other institutions prior to the students’ enrollment at USM.

The University understands the serious nature of the allegations and has worked collaboratively with the NCAA in reviewing this matter since last fall. We will continue to fully cooperate with the NCAA through the remainder of the administrative process, which we do not expect to conclude before Spring 2016.

Tyndall left the Golden Eagles for the same position at Tennessee in the spring of 2014, before the violations were reported. Tyndall was fired by the Vols this March when it became clear that he was going to be getting hit with penalties as a result of the NCAA’s investigation. It is suspected that he took part in granting improper benefits to student-athletes that were ineligible to be on the team or on scholarship. 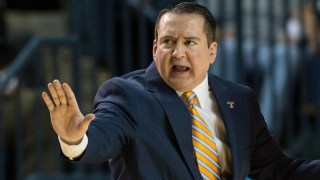 As the Southern Miss release notes, the program did not receive a charge of a lack of institutional control or failure to monitor the program by the University. That essentially places much of the blame for this on Tyndall and his former staff, although Southern Miss could still face consequences.

You can read the entire NCAA Notice of Allegations here.