After just missing the cut for the 2015 NCAA Tournament, Temple, Colorado State, Old Dominion and Richmond earned No. 1 seeds in the 2015 Postseason NIT.

The 32-team field, which also includes automatic bids for conference regular-season winners, will begin play on Tuesday at campus sites. Games will be played on campus sites for the first three rounds before the semifinals and finals are played at Madison Square Garden on March 31 and April 2. First-round games tip on March 17 and 18. Second-round games can be played in a window between March 20-23 and quarterfinal games will be played March 24 and 25.

You can view the complete bracket here: 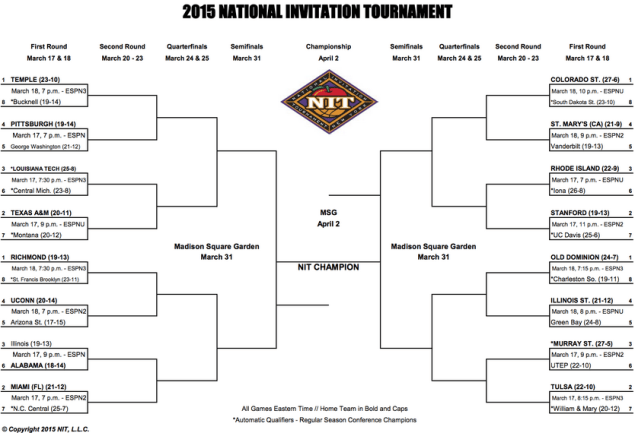