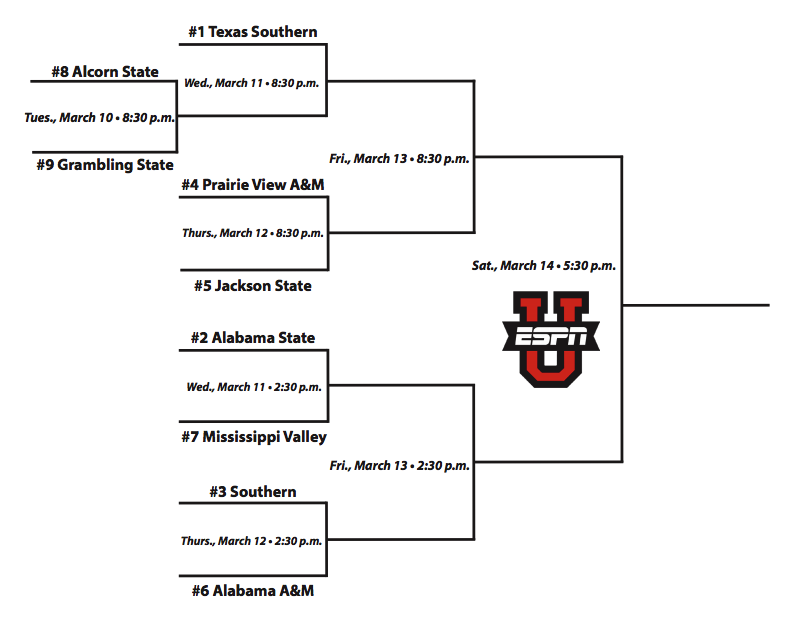 Texas Southern is the most talented team in the SWAC, as Mike Davis as made a habit of collecting high-major talents that, for whatever reason, couldn’t cut it at a bigger school. Chris Thomas, Deverell Biggs, and Nevin Johnon all spent time at high-major programs, and none of those three is the leading scorer for the Tigers. There’s a reason they were able to win at Kansas State and Michigan State.

And if they lose?: Alabama State

The Hornets knocked off Jackson State on the final day of the regular season to earn the No. 2 seed in the SWAC tournament. At one point during league play, Alabama State had a 10-1 record, but they lost three out of five at one point and finished two games behind TSU.

Gibbs was the leading scorer on the best team in the conference, a guy that anchored this team as they battled through injuries during conference play. He averaged 14.1 points and 4.2 assists.

Davis led the Jaguars to the league’s regular season title, bringing together a talented group that didn’t exactly have smooth college careers. He also led TSU to wins over Michigan State and Kansas State.

CBT PREDICTION: Texas Southern earns their bid to the dance.