UTEP had quite a bit of hype entering the season, thanks in large part to potential first round pick Vince Hunter. Old Dominion was the trendy pick to win the league early in the year, thanks to a win over VCU and the play of star guard Trey Freeman. But at the end of the day, Louisiana Tech, who entered the season as the league favorite, left as the league champion. 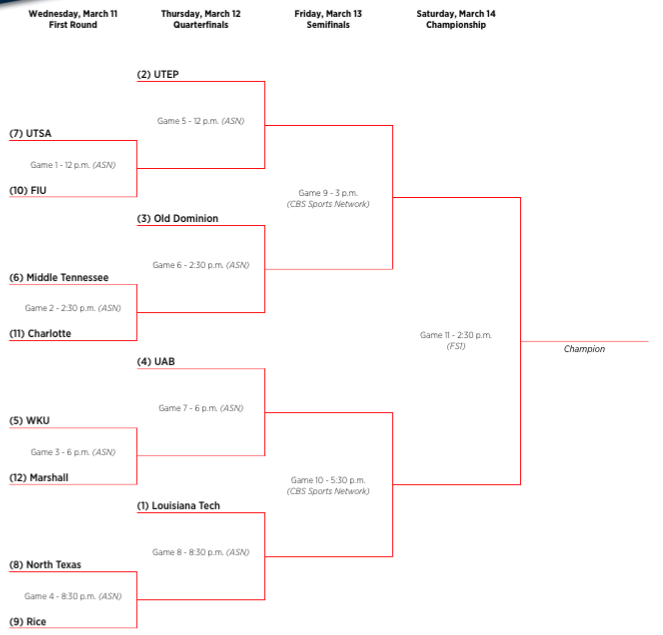 The Bulldogs are still the conference’s resident powerhouse, as Mike White as built the Louisiana Tech program into one of the most entertaining teams in the country. They have a trio of really good guards that will make them difficult to matchup with, and their defense can be overwhelming at times.

And if they lose?: Old Dominion

The Monarchs flirted with the NCAA tournament bubble for a while, even finding themselves ranked in the top 25 after a win over VCU, but they came back to earth during Conference USA play. ODU finished tied for second in the conference, but with Trey Freeman running the show, they’re good enough to get to the NCAA tournament.

One of Louisiana Tech’s trio of great guards will probably end up winning the actual award, but for my money, Freeman was the best — and most valuable — player in the conference this season.

Quite often, the award for Coach of the Year goes to the guy whose team outlived expectations. The Bulldogs were picked to win the league, and they did. By two full games despite the fact that Conference USA was balanced and competitive. That’s impressive.