The NFL season just ended five days ago, so I’ll forgive you if you’re just getting into the current college basketball season. That being said, this is John Brown, a junior forward from High Point University. He’s has his fair share of highlights.

For Brown, this might be his best dunk to date. He rolls off the ball screen as teammate Adam Weary is in the process of making the pass. Weary lobs it way too high, which would be a problem for any other player in the Big South, but not for John Brown.

There’s a reason why he was listed as the second best dunker in the nation heading into this season. 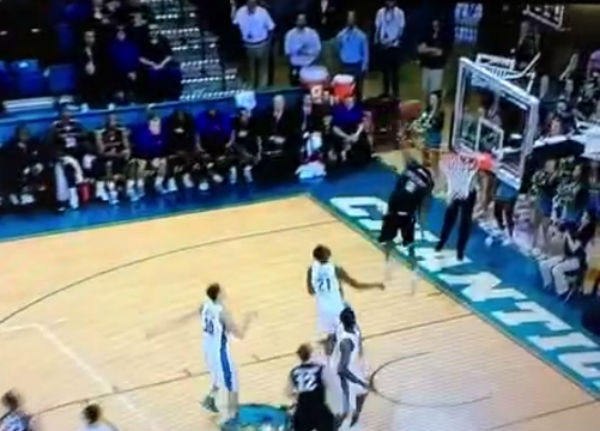