Wofford knocked off N.C. State in Raliegh on Sunday night in one of the wilder finishes that we’ve seen this season.

It started with this baseline out of bounds play drawn up by Wofford head coach Mike Young, where the Wolfpack had two defenders run at Spencer Collins coming off of a pin-down screen, giving Justin Gordon an open lane as he rolled to the rim:

But N.C. State wasn’t done, as Gottfried drew up a play that got Lacey a free run at an open three, which he made:

But it still wasn’t over.

When the referees went to the monitor, it was clear that Lacey did not get the shot off in time. Remember, it’s the red light on the back board — not the time on the clock — that is the official end of the game: 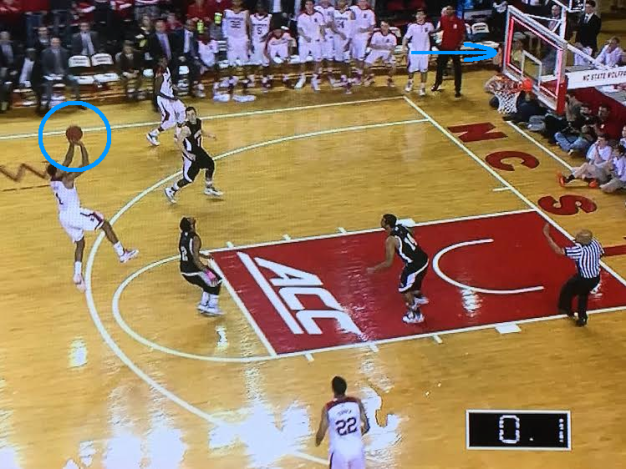