Josh Jackson led six players in double-figures with 16 points as Team USA shook off an ugly start to steamroll the Phillippines, 124-64, in their final game of group play at the U17 World Championships.

The Phillippines never had a chance in this one, as they were at a severe height-disadvantage at every position. If we’re being frank, they were actually lucky to stay within 60 points, as the Americans missed a number of dunks and layups throughout the game. This might have been the worst of the three games that Team USA played thus far in the tournament. Last Friday, they knocked off Greece before rolling over Angola on Saturday.

The Americans will advance to face Japan in the Round of 16 on Tuesday.

Here is a box score from Monday’s games: 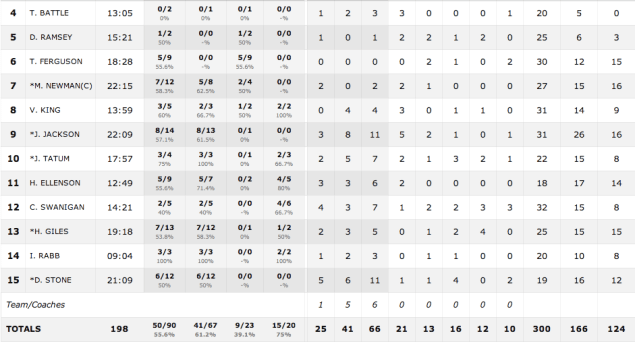